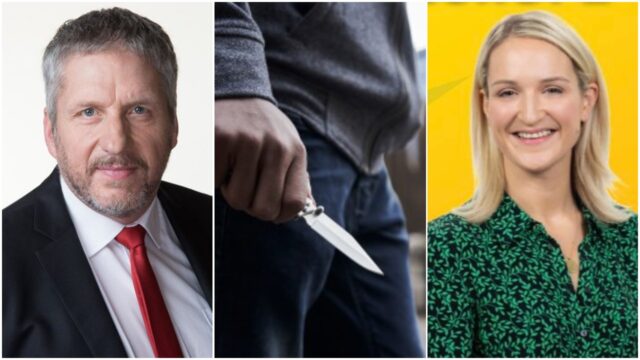 Laois County Council is to write to Minister for Justice Helen McEntee to call on her to introduce a minimum prison sentence for anyone caught carrying a knife without reason.

The letter is to be issued following a motion on the matter that was brought by Labour’s Noel Tuohy at Monday’s monthly meeting.

Cllr Tuohy explained that this was his third time to raise this issue.

He said: “The carrying of a knife in a public place is not acceptable or legal. There are caveats such as a knife being a tool you use in your trade or perhaps while hunting or fishing.

“But even at that they can be carried in a toolbox, a tackle box or left in the boot of a car until required.

“Knives are particularly dangerous because of their accessibility and are almost as deadly as a gun.

“Anecdotal evidence now suggests that there are people now bringing out knives as a form of protection which can only lead to more suffering for the people involved in knife attacks and their families.

“The government need to take this very seriously – the maximum sentence needs to be increased and there should be mandatory sentences for carrying a knife without a valid reason.

“There needs to be a real deterrent to cut down on the growing knife culture in Ireland.

“From my time as a prison officer, I have seen first hand the damage that a knife can do to a person.

“So anything that can be done to reduce this crime, should be.”

He said: “People feel they have to bring a knife with them when they are going out for protection.

“But the reality is that bringing one puts them and those around them in danger.

“This is a growing problem in society today and legislation is required to make it a serious offence.”

Tuohy’s fellow Councillors unanimously agreed with his motion and a letter will now be sent.