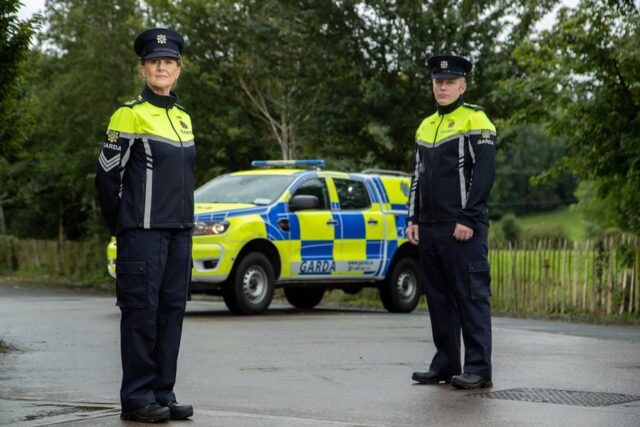 Gardai have made two arrests following a number of thefts from two Laois towns recently.

The incidents occurred in Mountrath and Portarlington while Gardai say the men have also been charged with tapping of bank cards at retail outlets.

They said: “Two males were arrested over the wekemd as part of our investigation into thefts from vehicles in Mountrath and Portarlington.

“Both have been charged with these thefts and the subsequent tapping of bank cards at retail outlets. Both to appear in Court.”

Meanwhile, Gardai also confirmed that they are to receive brand new uniforms this week.

Over the next number of weeks this new operational uniform will be delivered to over 13,000 uniform members of An Garda Síochána of Garda, Sergeant and Inspector rank across every Garda Region, Division, District and in excess of 560 Garda stations nationwide.

The new uniform is contemporary, and incorporates elements such as durability, protection and functionality.

A key finding of the internal Garda Cultural Audit 2018 was a desire from front-line Gardaí for a new, practical operational uniform. Over 6,500 members of An Garda Síochána contributed to the findings of the Cultural Audit.

The new Garda Uniform is also a key recommendation outlined in the Commission on the Future of Policing in Ireland Report, ‘A Police Service For Our Future’.

At a later date, the Garda Commissioner will announce a formal ‘go-live’ date when this new uniform will become the operational uniform for daily duties, currently expected to be in March 2022.

As An Garda Síochána approaches the 100th anniversary of its establishment, this is only the third time in that century that a formal upgrade of the Garda uniform has taken place.

The current uniform cap remains in operation as a unique and distinctive element of the Garda uniform.

An Garda Síochána has previously updated their uniform policy to embrace the wearing of official headwear for religious and cultural reasons and beliefs including Turban, Kufi, Topi, Kippah, or Hijab.