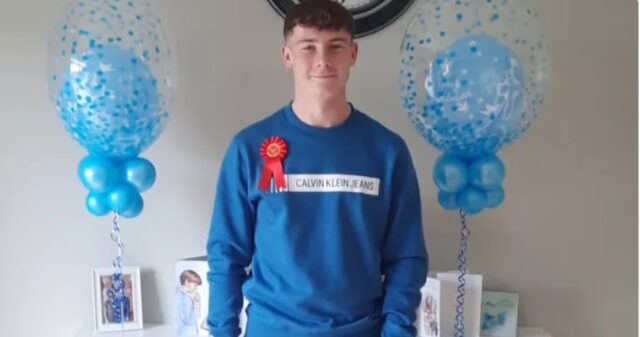 A fundraiser has been launched for a talented Laois teenager following news of his cancer diagnosis.

Eoin Coss, who hails from Mountmellick, received the shock news on Friday.

The 13-year-old is a very talented sports person and plays both football and soccer for Mountmellick.

He is also a member of the Midlands Schoolboys League U-14 team who will take part in the prestigious Kennedy Cup competition later this summer.

Last night, a group of people in Mountmellick came together and launched a fundraiser aimed at helping Eoin.

On Saturday March 19, in Turleys Pub in Mountmellick, Mags McLoughlin, Rian Coss, Darragh Coss and Mick Lith are all going to shave their hair.

While Dillion Payne, who previously fought and beat cancer, is also going to have his legs waxed by Caoimhe Foynes.

In advance of that, the group have launched a GoFundMe page which raised more than €3,000 in a matter of hours.

“Eoin is a lovable 13-year-old teenager from Mountmellick who is an extremely talented GAA and Soccer player and plays for his town in both sports.

“Eoin is in a battle of his own and is currently in Crumlin Children’s Hospital battling Cancer.

“Please join us on the night in Turley’s Pub to help raise funds and support this young man on his journey.

“We are blown away by the support so far and want to thank everyone who has already donated.”

Anyone wishing to contribute can do so by clicking below: