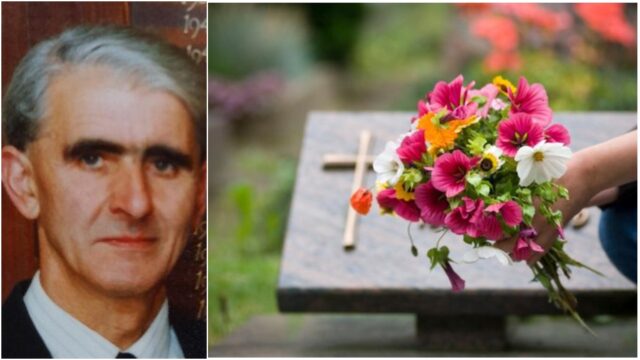 Mountrath Golf Club have paid tribute to Arthur Buckley who passed away this week.

Mountrath Golf Club members are saddened with the news of the death of Arthur Buckley, one of the club’s longest serving members.

Originally from Tarbert in North Kerry, Arthur joined Mountrath Golf Club in 1966, shortly after being posted as forester in the area.

At that time the club was in a very perilous position, very close to closure.

Through the hard work and dedication of a band of members and an influx of new active vibrant members, of which Arthur was one, the club pulled through the dark days and gradually went from strength to strength.

Arthur was Captain in 1972, served as Treasurer for a number of years in the 1970s and was the main driving force in organising the first open Week in 1974.

He was deeply involved in some of the most important events and happenings in the clubs history, procuring a sporting lease which gave the club certainty, purchasing land from the De La Salle order and extending the course from nine to 18 holes and the purchase of the original nine holes from the Clegg family.

Arthur was club President in 1992 and was chairperson of the committee when the new clubhouse was opened in 2007.

He was a Trustee of the club for many years and his wisdom and experience were always a source of comfort to committee officers.

Arthur enjoyed his golf and played regularly and had many prizewinning successes in competition. In later years his main focus was on playing each Wednesday with the seniors, where he enjoyed both the golf and the social aspect meeting up with friends.

Arthur was a native of Tarbert County Kerry. He was a staunch Kerryman who followed his beloved green and gold footballers all over the country.

An old saying says “those who drink the water should remember with gratitude those who dug the well.” Arthur certainly played a big part in digging the well that is Mountrath Golf Club.

The club extends sympathy to his wife Anne, to his sons, daughters, their spouses and his grandchildren. May Arthur’s gentle soul Rest in Peace.

Pre-deceased by his parents Thomas and Mary, his brothers Fr Martin, Fr Tim of the Holy Ghost Missionaries, Bill and his sister Kit.

Deeply regretted by his loving and heartbroken wife Ann and his children Gerard, Yvonne, David, Eoghan, Ann Marie, Michael and Claire, his 20 adoring grandchildren, his sister Mary, sons in law, daughters in law, nieces and nephew, his neighbours and many life long friends.

Reposing at his home (R32XA72) from 3pm Friday with Rosary at 8pm. Removal on Saturday morning to St. Fergal’s Church, Camross for Requiem Mass at 11am, followed by burial in the adjoining cemetery.

House private on Saturday morning. Those attending the funeral are requested to wear face masks and refrain from handshaking.