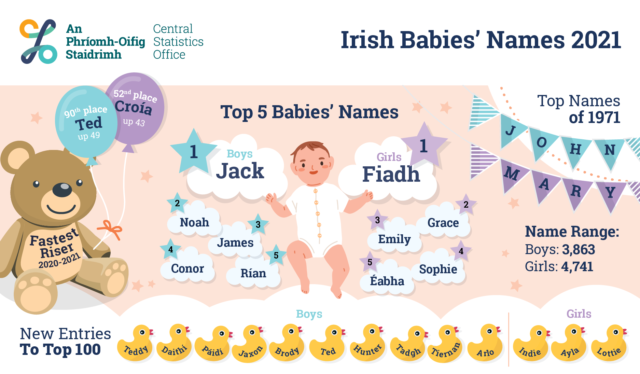 Jack and Grace were the most popular baby names chosen by parents in Laois in 2021.

The latest figures are revealed in a CSO publication today and show that nationally the most popular names were Jack and Fiadh.

It’s the second year in a row that Grace is the most popular girl’s name in Laois while Jack, which has been the most popular name every year since 2007 except 2016, resumes top spot in Laois from James and Tadhg which were the top boy’s names in 2020.

Grace was the most popular name in Offaly and Tipperary with Fiadh was the top name in Kilkenny and Emily and Grace were tied in Carlow with Emily, Sadie and Amelia tied in Kildare.

Fiadh has improved her ranking every year since 2009 when it was the 488th most popular girls name.

As is evident from the tables, over the years, girls are given a wider variety of names than boys with 4,741 girls’ names registered in 2021 compared to 3,863 boys’ names. 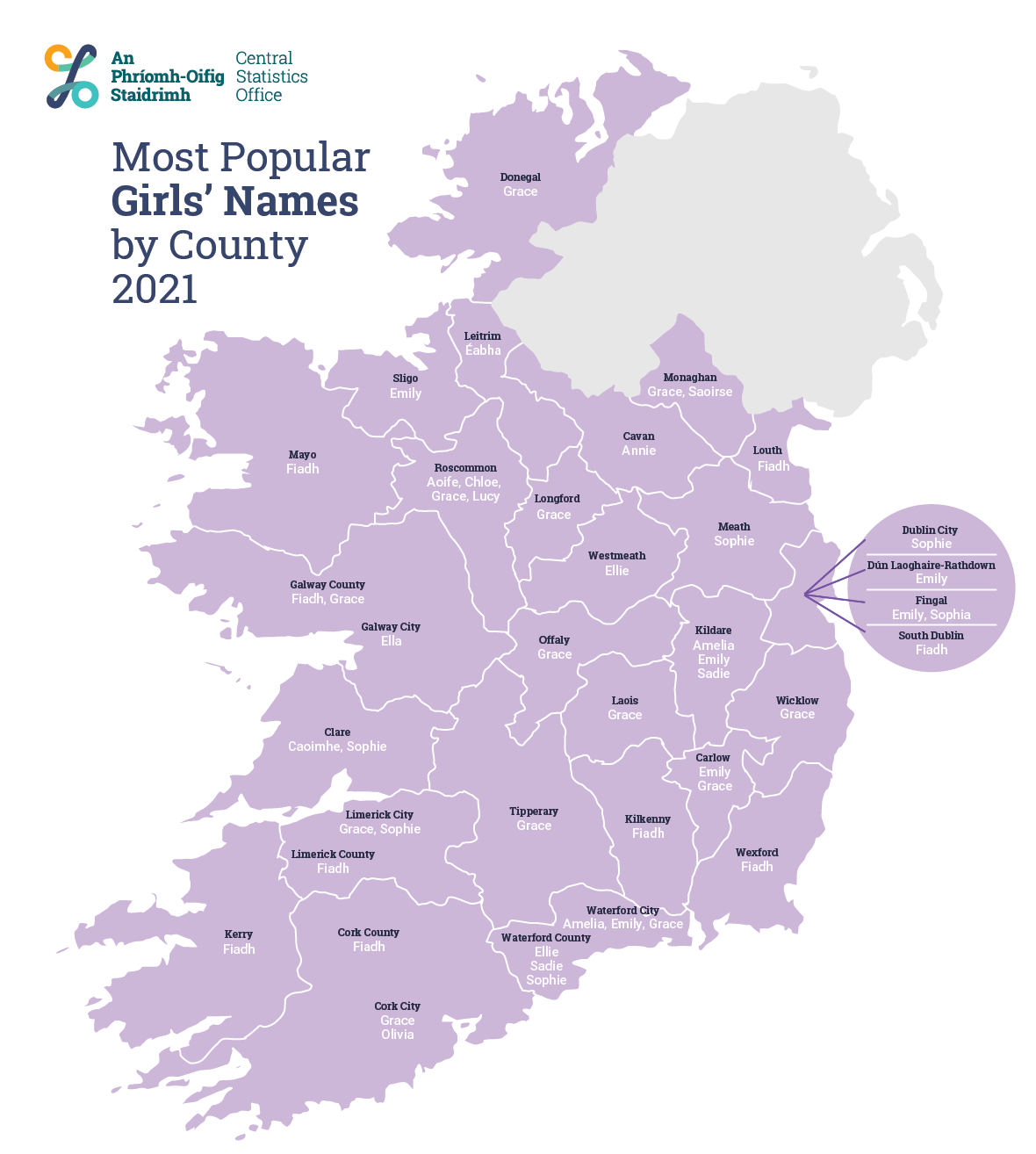 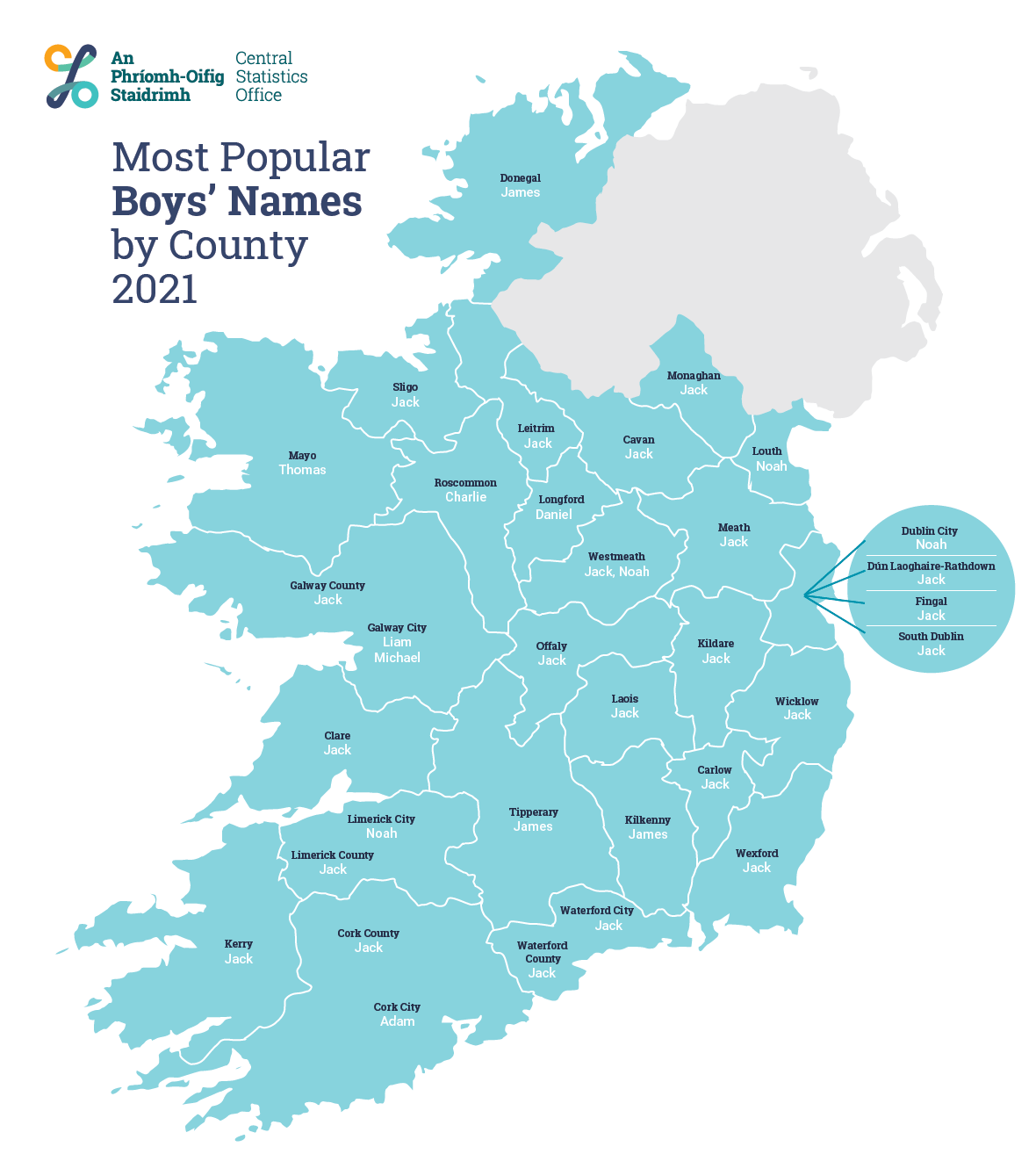 Interestingly, not one of the top five names for girls in 2021 appeared in the top 100 names a half century earlier.

Mary, Catherine, Margaret, Fiona and Sinead were the most popular names for baby daughters in 1971, with 1,907 baby girls named Mary in that year.