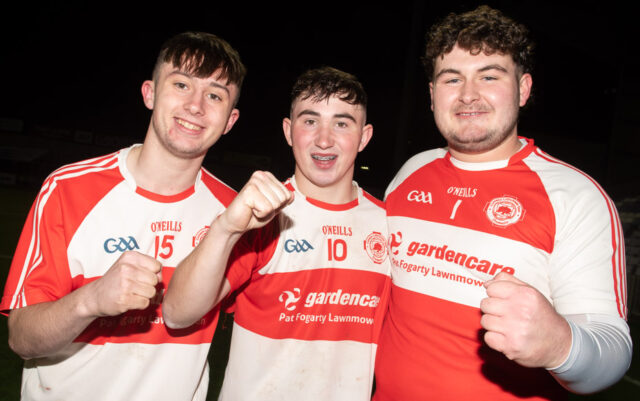 Trumera have appointed Camross man Brendan Lowry as their manager for the 2022 season.

Damian Walsh from Ballinakill was over Trumera for the past two seasons, guiding them to intermediate glory in 2021 after losing the 2020 final only a couple of months earlier.

But he has stepped aside and is being replaced by Lowry as they make the return to the Premier Intermediate grade.

Lowry was manager of Camross in 2019 when they won Division 1 of the league and were knocked out of the championship in the semi-final by Rathdowney-Errill.

Heavily involved in Camross at underage and camogie level, he was also a selector with the Camross seniors under Arien Delaney.

During his playing career, Lowry won a number of senior championships as well as a Leinster club title in 1996.

They last won the second-tier intermediate championship in 2004 when Camross great Frank Keenan was over them.

Trumera will play in Division 2 of the league (the third division) this season where they will be joined by Clonaslee-St Manman’s, Colt-Shanahoe, Mountmellick, Park-Ratheniska/Timahoe, Slieve Bloom and the second teams of Abbeyleix and Borris-Kilcotton.

The Premier Intermediate grade is made up of 2021 relegated senior side Abbeyleix, Ballyfin, Portlaoise, Clonaslee-St Manman’s, Trumera, Slieve Bloom and the second teams from Rathdowney-Errill and Camross.

SEE ALSO – Talking Sport Podcast: Weather dictating but busy weekend of action ahead – on and off the field