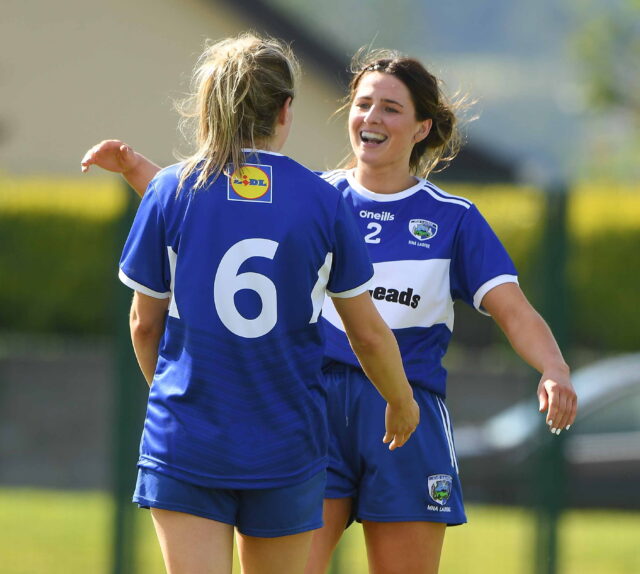 Up for grabs is a spot in the final against either Kerry or Monaghan and that would result in a possible chance of promotion to Division 1.

But before all of that, Laois will be in action at 2pm and they will go in as underdogs against the Orchard County who play at senior level.

Laois began their league adventure at home to Clare in Round 1 last month.

The visitors, who had the aid of the breeze in the opening half, raced into a 2-2 to no score lead after just ten minutes.

But Laois refused to panic, fought back brilliantly to be in the lead in by half time and were deserving five-point winners in the end.

A week later, we had two venue changes, gale force winds, hailstones and driving rain – but the Laois Ladies prevailed through it all to reach the Division 2 semi finals with a game to spare.

Donie Brennan’s charges faced Tipperary in Heywood in the worst weather imaginable and won 2-8 to 2-6.

But just like they did against Clare, Laois came from behind to claim their second successive league win.

That meant that Laois faced Kerry in their final game – with both teams already qualified for the semi finals irrespective of the result.

Kerry, who also play at Senior level, were too strong as they ran out 4-17 to 1-9 winners.

In an all-Ulster group, they saw off Tyrone, Monaghan and Cavan in pretty impressive fashion.

While Fionnuala McKenna, Caroline O’Hanlon and Blaithin Mackin are among those that Laois will have to keep tabs on.

Throw in is at 2pm and for those who cannot attend, the game will be live streamed.