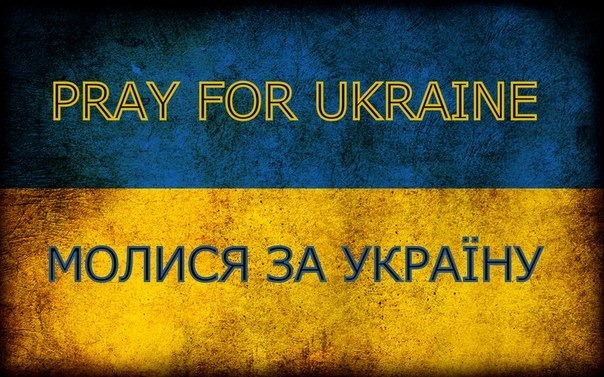 Tanks in the city streets of Ukraine. Blocks of flats on fire. Wrecked and burnt-out trucks, twisted metal and shattered windows.

Small groups of cold and frightened civilians shelter in basements from the insistent barrage. Welcome to the stark face of the mechanics of European war in the late winter of 2022.

In recent weeks we have seen in News bulletins the sheer horror of modern warfare as a powerful state unleashes its fearful modern weaponry on its neighbour with careless abandonment.

These days of conflict over-lap the beginning of the period of Lent in the Latin church, a time where we rightly reflect on our Christian direction, seeking direction on the path we are currently taking, ever-anxious to draw closer to the Lord our God.

The example of generosity shown by the people of neighbouring countries on the Western border of the Ukraine leaves us asking – would we have done the same?

Our Christian faith tells us that we should be generous in sharing what we have with those who are in need.

Faced with the reality of over a million refugees, and with that number rising by the hour, others have risen to the challenge with open hands and open homes, welcoming strangers in need into their communities, giving shelter, food and warm clothing to ease their discomfort after a perilous journey.

Ireland will not be found wanting as we welcome not strangers but brothers and sisters.

This Lent the choice is obvious how to help a nation under ruthless attack by its neighbour, a nuclear super-power. There have been countless arguments and discussions as to what we might do and the risks involved.

So, this Lent we will, in fact, be treading a dangerous path, a Lenten journey that is different.

Remember, Jesus met his death at the hands of an army of occupation, albeit delivered in consequence of the decision of the Sanhedrin.

An army that occupies a conquered country is never welcome, always the subject of contempt and sniper attack, missing the home-comfort of their Motherland and family.

That is the tragedy of this present conflict for there appears to be no obvious endgame, just the endless, pitiless stream of refugees seeking solace in a foreign land.

Their former homes destroyed, the splendour of their European cities shattered and broken, monuments to the stupidity of conflict.

We can all ask questions as to how this might have been prevented. But that is like a football crowd offering an opinion to the defence when the ball is bulging the back of the net.

No, now we must face up to the inherently difficult task of containment and cessation of fighting. Where does all this put the Christian facing such onslaught?

It is easy to hold pacifist opinions from a comfortable armchair, much harder to face up to the reality of the hour when your family life is at risk from bullet or bomb.

Maybe there is a thread here for us to explore on this year’s Lenten journey towards the feast of Passover.

To quote a few words from the poet of the First World War, Wilfred Owen – ”My subject is war and the pity of war. The poetry is in the pity.”

There is pity in the needless loss of life and the grotesque injuries to fellow human beings. There is waste when fine buildings are reduced to piles of rubble with the drift of smoke from burning wood hanging in the air.

Time and again after wars we make pledges not to fight again as described in Ed McCurdy’s song ‘Strangest Dream’:

Last night I had the strangest dream I ever dreamed before
I dreamed the world had all agreed to put an end to war
I dreamed I saw a mighty room, the room was filled with men
And the paper they were signing said they’d never fight again
And when the papers all were signed and a million copies made
They all joined hands and bowed their heads and grateful prayers were prayed.

Eloquent words, hopeful dreams, yet still people in disagreement suffer the enormity and pain of war.