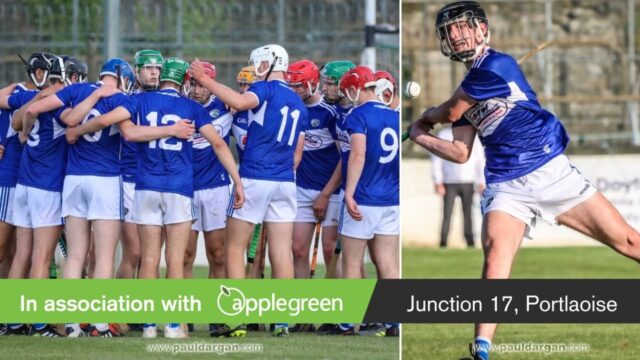 The Laois minor hurlers will contest a preliminary Leinster quarter final following a three point defeat to Offaly this afternoon.

Whoever won today’s encounter was guaranteed a quarter final place in the competition.

Both teams had already beaten Kildare meaning that whoever won this game would top the group.

This was a very entertaining game of hurling in Tullamore with very little between the sides throughout.

For much of the first half, the sides could not be split. Ben Deegan and Adam Screeney were on form for both sides from frees.

While Jer Quinlan and Jack Breen also popped up with important scores for Laois as it was 0-10 apiece with 26 minutes played.

Screeney then reeled off three points in a row before a Quinlan score ended that and left Offaly 0-13 to 0-11 ahead at half time.

Ben Deegan and Screeney traded points when the new half began before Laois struck the front after 35 minutes.

Just as he had done last weekend against Kildare, Abbeyleix’s Cormac Byrne popped up and drilled home a goal.

Screeney and Jack Breen traded efforts before Offaly regained the lead in the 40th minute when Niall Furlong scored the game’s second goal.

Dan Ravenill moved Offaly three points clear shortly after that and this was a margin that they maintained until the end.

Laois will now contest a preliminary quarter final against one of Antrim, Carlow, Derry, Down, Meath or Westmeath.

Looking at the results in Tier 3, it looks like Antrim will top the group and Westmeath will finish second – so Laois will face Westmeath next Saturday.