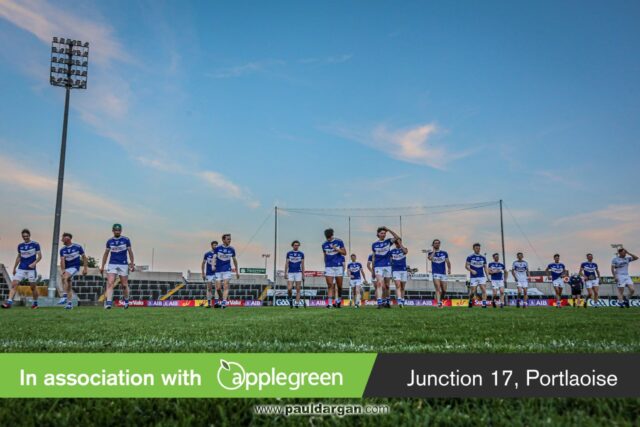 The Laois U-20 hurlers will go in search of a third straight win in the Leinster championship against Wexford tonight.

Ollie Hally’s charges take on the men from the South East with a place in the semi finals up for grabs at 7.30pm in O’Moore Park.

This will be Laois’ sixth match of the year as they previously took part in the Leinster hurling league.

Wins over Carlow and Kildare saw them qualify for the final where they were narrowly beaten by Offaly.

Their Leinster championship campaign began in Parnell Park against Antrim a little over two weeks ago.

Laois recovered from a slow start, one that saw Antrim race into a 0-4 to 0-1 lead after just seven minutes.

But once Laois got into their stride they never looked back – winning 3-21 to 0-12 in the end.

Laois’s second championship match was 10 days ago when they took on a fancied Kildare side.

They got off to a dream start with a goal from Adan Kirwan after just two minutes after James Duggan’s shot was initially saved and they led throughout the first half.

Duggan added a point and Cillian Dunne hit two to help Laois into an early 1-3 to 0-1 lead.

Ahead of this evening’s match, manager Hally has made one change and it comes in the forwards.

Portlaoise’s Eddie Critchley is selected on the half forward line with Cathal Murphy dropping to the bench.

Tomas Keyes must also be content with a place among the substitutes while captain Fionan Mahony misses out altogether with a broken foot.

Wexford reached this game by defeating Westmeath on a scoreline of 2-17 to 0-13 last week.

Dangerous forward Oisin Pepper, who scored against Laois in the Walsh Cup this year and Clough-Ballacolla in the Leinster club championship last year, cannot play.

He did so against Westmeath in Round 1 but came on as a sub for the Wexford seniors in their draw with Galway on Saturday and is now ineligible for this grade as a result.

Wexford were Leinster minor champions back in 2019 and the two teams actually met in the quarter final that year.

Wexford won 4-17 to 1-16 and both sides have a number of changes to their teams from that day.

For Laois, just seven of the team who started that match three years ago are set to do so again tonight.

While for Wexford, just four of the team are set to do likewise with AJ Redmond, who was a forward back then, now named in the full back line.

Tonight’s game throws in at 7.30pm and you’ll be able to follow all of the action as it happens on our live blog.