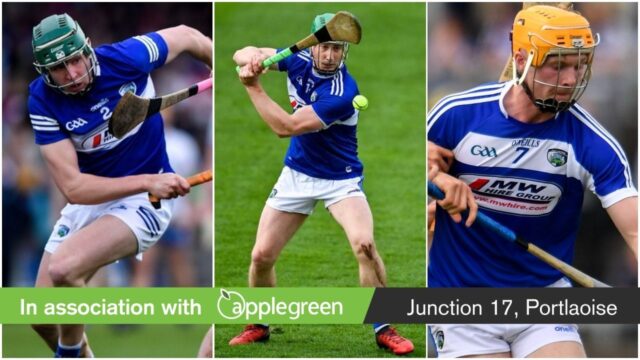 The Laois senior hurlers are set to be without three of their key players for Saturday’s trip to Kilkenny – and beyond that too.

Co-captain Podge Delaney went off midway through the second half with his arm in a sling following a heavy collision.

He has broken his collarbone and it would be unlikely that we will see him in a Laois jersey again this year.

While the prognosis is not as bad for him, he is ruled out of Saturday’s Round 2 encounter.

The pair join Stephen Maher and Willie Dunphy on the sidelines while their Clough-Ballacolla teammate Diarmaid Conway is also out.

He sustained a broken wrist last week and was withdrawn from the starting team prior to throw in against Dublin on Saturday.

It means that from the team that was named to start against Dublin, at least three changes will have to be made.

In the full back line, Donnchadh Hartnett started instead of Conway so you would presume he will continue there.

Podge Delaney operated at full back and was replaced by Pauric Dunne of The Harps so that could be the option there.

Alternatively, Clough-Ballacolla’s Aidan Corby, who played well when introduced against Dublin, could get the nod from the start with one of Fiachra C-Fennell or Jack Kelly dropping into defence from midfield.

Rathdowney-Errill’s Brandon McGinley was introduced in place of the injured King at the weekend.

He, Jordan Walshe and Ciaran Byrne will probably be in a battle for that spot in the forwards.