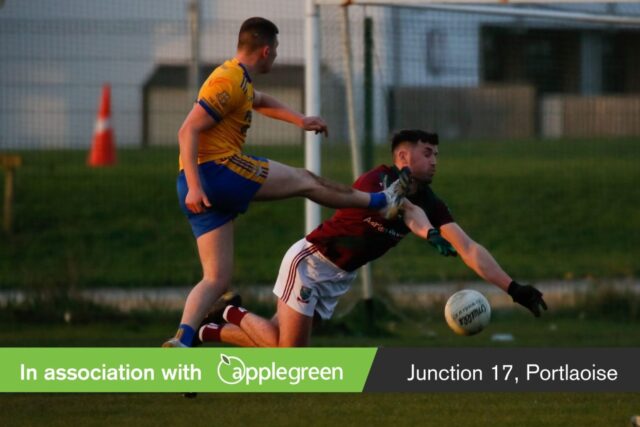 The Laois club football league games having been coming thick and fast across all the divisions in recent weeks.

The tables are now beginning to take shape as we’ve passed the half-way stage in the top three grades – and the effects of the new format will be seen in the coming weeks.

There have been four rounds in Division 1A and 1B with the remaining three rounds to be played over the next three weekends.

There also have been four rounds in Division 2 with their remaining games mostly fixed for midweek evenings.

In all three of those divisions, the competitions will split into a top and bottom half after seven games.

The points tally will be reset and the top four will all play each other again as will the bottom four.

In Division 1B, the top two will be promoted and also meet in a final. But only the bottom team will be relegated.

That means that only the league final winner from Division 2 will go up. There is also only one team going down from that division and one up from Division 3A.

In Division 3A – which has only played three rounds so far – the top four round robin element doesn’t apply – instead the top four teams go into the semi-finals.

This weekend’s games will see county players take full part while the Laois U-20s have been available to their clubs since they exited the championship two weeks ago.

Here we take a look at how the top three divisions ahead of this weekend’s action. 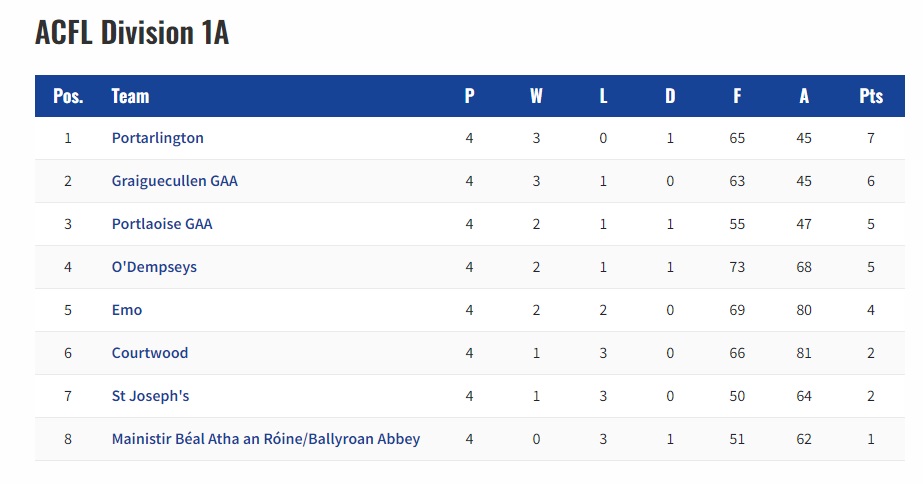 Portarlington are the only unbeaten team, though they did drop a point in their draw with Portlaoise. They haven’t been at their best but still had too much for O’Dempsey’s, Courtwood and St Joseph’s.

They still have games to come against Emo this weekend, Ballyroan-Abbey and Graiguecullen but are almost nailed on for one of the top four spots.

Graigue are next in line on six points having recovered from an opening round loss to St Joseph’s to win their last three. They will be boosted by the return of their county contingent for a home clash with O’Dempsey’s this weekend who are inside the top four and tied on five points with Portlaoise.

Emo are just outside that top four though face a tough run of fixtures against Portarlington this weekend, Portlaoise and St Joseph’s, though their form has tapered off with three losses in a row and are on two points alongside Courtwood.

Ballyroan-Abbey picked up their first point in a draw with O’Dempsey’s last weekend and should be stronger now with their county U-20 players back. Their game against Courtwood is a must-win this weekend for both sides if they’re to have any chancing of getting out of the bottom half of the table. 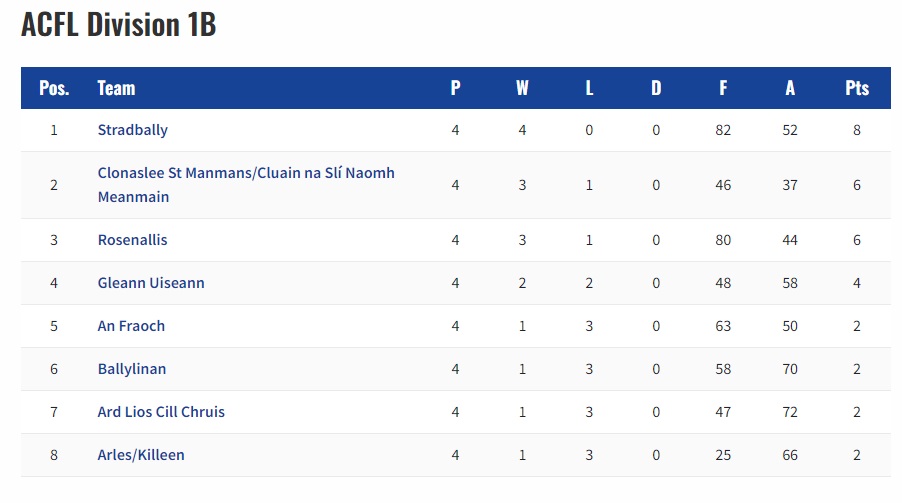 The second division (though named 1B) looks a bit more clear cut. Stradbally have been the pace-setters and are the only team in the top three divisions with four wins from four.

They are as good as guaranteed a place in the top four and by our reckoning any team that gets to seven points will probably make it in any of the divisions.

Rosenallis and Clonaslee-St Manman’s both have three wins each and are on six points with Killeshin on four.

At the bottom, the remaining four teams – Ballylinan, the two Arles clubs and The Heath – all only have one win each. 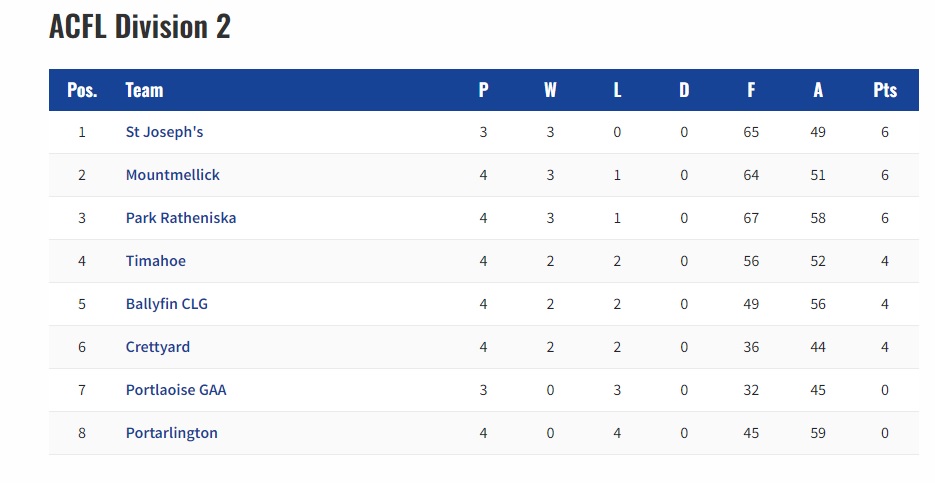 It looks like there’s going to be a good battle in the middle of Division 2 (the third tier) for the top four positions – and the latter phase will surely be keenly contested given than only one team will eventually be promoted.

St Joseph’s have a strong second team and two of their three wins have been against senior sides Park-Ratheniska and Ballyfin. You’d imagine too that Joseph’s will win their outstanding Round 4 game against a struggling Portlaoise second team at the weekend to almost guarantee their spot in the bottom four.

Without a win between team, Portarlington and Portlaoise’s second teams look destined for the bottom section but the other five sides – Park-Ratheniska, Ballyfin, Crettyard, Timahoe and Mountmellick – will be fighting for the other three top spots.