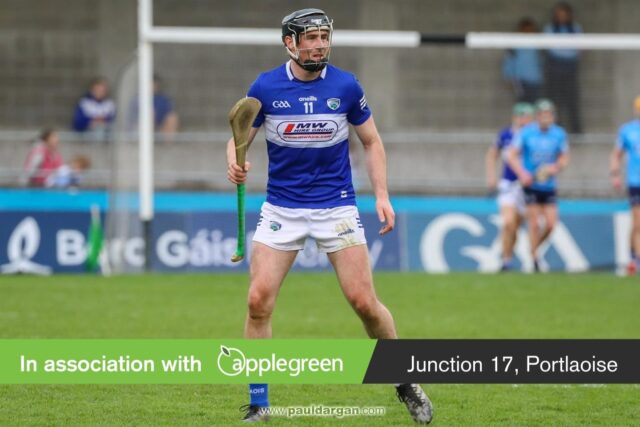 The Laois hurlers have only beaten Wexford once in the championship in the past 80 years and Wexford’s dominance in the fixture continued in O’Moore Park this afternoon.

For the third weekend in a row, Laois went to the well in the Leinster championship but this round robin format is a big ask on a small panel and Laois fell badly to their third loss in a row.

On a dark miserable afternoon, Laois stayed in touch throughout the first half but they posed no real scoring threat up front.

For Wexford Lee Chin got six points in the opening half while Conor McDonald was also a threat and his goal in the 14th minute was a crucial score.

In a low-key opening half, Laois had it back to four points by the 27th minute but Wexford landed three points in a row coming up to the break to stretch seven clear. PJ Scully pulled another free back for Laois but it was 1-10 to 0-7 at the half time.

Wexford got the first two points of the second half from Rory O’Connor and Liam Og McGovern but Laois responded with Ryan Mullaney pointing wll in the 43rd minute – their first score from play.

But Wexford got the next four – from Liam Og McGovern, Matthew O’Hanlon, Damien Reck and a Lee Chin free – and the sending off of Fiachra C-Fennell after he picked up a second yellow on the 50-minute mark made Laois’s task all the more difficult.

A minute later Rory O’Connor got in for Wexford’s second goal and after that it was only a matter of what Wexford would score and how much they’d win by.

Having drawn their first game and lost their second, Wexford needed everything they got.

Goalkeeper Mark Fanning came up to drill two penalties past Enda Rowland and Diarmuid O’Keeffe and Kevin Foley got one apiece.

In the end 27 points separated the sides on what was another draining afternoon.

After a gruelling three weeks, Laois now have a week off before welcoming Galway. A week later they’re at home to Westmeath, a game that will essentially be a relegation playoff.