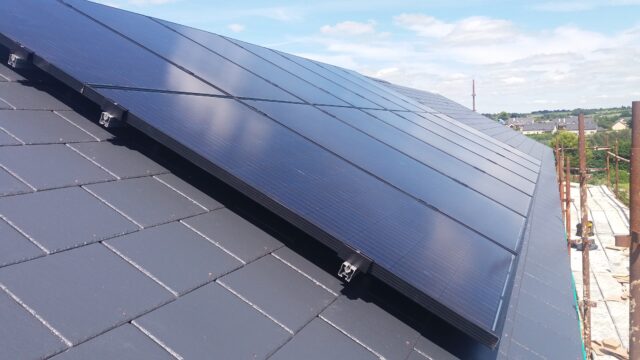 Environment Minister Eamon Ryan has confirmed that The Commission for Regulation of Utilities (CRU) is not setting a date or deadline for the timing of the first payment to Micro-generation customers.

The Minister confirmed the details to Independent TD for Laois/Offaly Carol Nolan.

This came after she asked him to clarify why there was a delay in farmers and families receiving such payments under the Micro-generation Support Scheme (MSS) that was approved by Government in December 2021.

Minister Ryan also confirmed to Deputy Nolan that even where Micro-generation customers are eligible, they can only expect an initial payment or credit from their suppliers from July 1 depending on their billing cycle.

“This is a totally unsatisfactory situation for all of those people who put themselves to considerable expense to create their own micro and small-scale generators,” Deputy Nolan said.

“They are now left waiting until at least July, before they receive any kind of credit or payment for their excess electricity despite the fact that the national grid is benefiting every day from what they are putting back into the system. How is this fair or reasonable?

“Families and farmers and indeed all of those who invested in these projects continue to face escalating energy costs while the finer details of remuneration continue to be worked out five months after Government signed off on the project.

“The Minister must bring certainty to this matter. It is no good telling people that they can ‘expect’ a payment in July.

“They need a guarantee that such payments or credits will be delivered by then, if not sooner,” concluded Deputy Nolan.