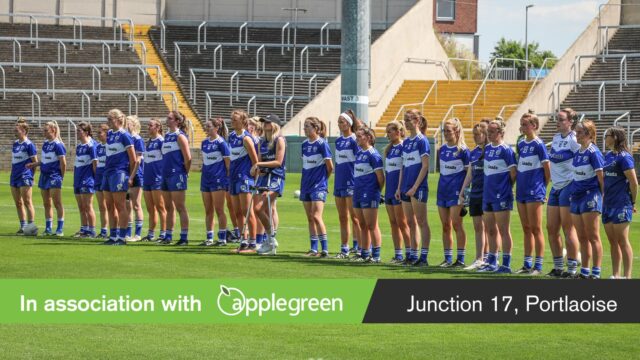 The Laois ladies football team go centre stage in O’Moore Park this afternoon as they host Wexford in the Leinster intermediate championship semi-final.

In a repeat of last year’s All Ireland semi-final, which Laois lost narrowly, Donie Brennan’s side will be seeking to build on their unbeaten run through the group stages and book a final date against Kildare or Offaly next weekend.

The Leinster championship is a separate competition to the All Ireland – but how you perform in the provincial series determines your seeding for the All Ireland, which is also run on a group basis initially.

In short, the further Laois go in Leinster the higher the seeding they’ll get. You’d also hope they’d get a more favourable championship draw.

After using his panel well during the wins over Louth, Offaly and Wicklow, manager Donie Brennan has named a strong-looking team.

Goalkeeper Eimear Barry and marquee forward Mo Nerney return to the starting 15 as do centre-back Ellen Healy and full-forward Sarah Anne Fitzgerald. Naomi Luttrell, Sinead Farrelly, Emma Lawlor and Alannah Havill are the ones to lose out.

Their form this year has been patchy, losing to Kildare in both Division 3 of the league in the Leinster group stages, though they did reach the league final where they lost narrowly to Roscommon.

Under the management of former player Lizzie Kent, they will look to the likes of Caitriona Murray and Amy Wilson up front for scores.

Laois’s form has been up and down somewhat too, with heavy defeats in their last two league games, albeit in Division 2, to senior sides Kerry and Armagh, followed by narrow wins over Offaly and Louth and then a crazy 10-goal game with Wicklow last Sunday.

As with most of the Laois ladies games over the past couple of years, this one should be another free-flowing, attack-minded, high-scoring and entertaining affair.

It won’t be easy by any means – but a win is well within Laois’s capabilities.