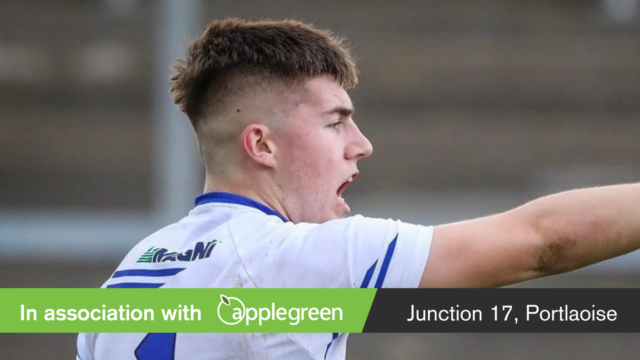 The Laois footballers have been dealt a fresh injury blow with the news that goalkeeper Matthew Byron has suffered a hand injury and is likely to miss the opening round of the Tailteann Cup later this month.

The Courtwood club man only made his senior championship debut against Wicklow in the Leinster championship loss but since suffered the arm injury in training and is facing a spell on the sidelines.

It leaves Laois with a real shortage of goalkeeping options, with manager Billy Sheehan calling in two new players for the role.

Danny Bolger, who started five of the seven National League games, missed the Wicklow game through injury and has yet to return to action while Niall Corbet has opted off the panel in recent weeks.

Laois played Clare at the weekend in a practice match with Emo’s Niall Gorman starting in goals while Laois U-20 goalkeeper Conor Brown has also been involved in training games – though he’s ineligible for championship as he is only 18 this year.

2018 All Star nominee Graham Brody hasn’t played for Laois since the 2019 season and though he returned to play in the county final with Portlaoise last year having missed most of the campaign, he has been featuring out field in recent weeks.

In other team news, Gary Walsh will also be unavailable for the Tailteann Cup opener as he is suspended following his late red card against Wicklow.

Donie Kingston, however, is back in the mix having played in that practice match against Clare – his first involvement with Laois since last year’s championship loss to Westmeath.

The draw for the opening round of the Tailteann Cup will be made next Monday, May 16, when all the competing teams are known.

So far, 15 of the 17 teams eligible prior to the start of the championship have been confirmed – and will be joined by Tipperary and Westmeath if they lose their provincial semi-finals this weekend to Limerick and Kildare respectively.

Should either of those teams lose this weekend then a preliminary round Tailteann Cup game will be needed on the weekend of May 21-22, which Laois could be in as one of the sides that didn’t reach a provincial semi-final.

The Tailteann Cup is a new knockout competition made up of the Division 3 and 4 teams that didn’t reach their provincial final.

The early rounds will be on a regional north-south basis with games at the home venue of the team drawn out first.

The final of the Tailteann Cup will be on Saturday, July 9, as a curtain raiser to one of the All Ireland semi-finals.