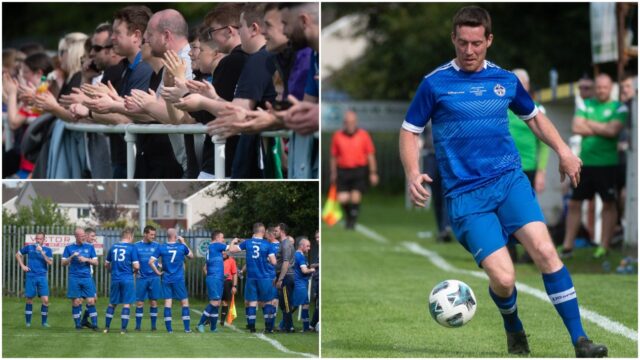 A huge crowd descended on a sun-soaked Conor Davis Park on Saturday afternoon to witness a cracking contest between a Shamrock Rovers Select XI and a Laois Legends side comprising of veteran players from all over the county.

The cause was a most worthy one with all funds donated to the ongoing treatment of young Mountmellick hero Eoin Coss who is bravely battling cancer, and his local club served up a super spectacle for the hundreds who attended.

Rovers sent down a star-studded side crammed full of former pros who plied their trade on both sides of the Irish Sea.

They were captained by Irish international Stephen McPhail who played 10 times for his country but was put to a stern test in this game with a rotating Laois midfield that saw the likes of hat-trick hero Darren Strong, Mark Dunne, Terry Lawless and Aidan Keenan all mixing it with McPhail and a host of other Rovers legends.

The visiting Dublin outfit took the lead midway through the first half before Darren Strong nabbed his first of the game after good work from Kevin Sheehan and Paul Dunne on the right wing.

With a sturdy backline made up of Portlaoise duo David Hughes and John Breen alongside Mountmellick pair Mark Goodwin and Rian Coss who captained the side, even a side of former pros found chances hard to come by, and those that did were denied by Mickey Nolan in the Laois goal.

Growing into the game, Laois created some great chances and were not flattered by the 1-1 score at the break.

Unsurprisingly given the temperature (and the age of the players) it was no surprise that the bulk of the scoring came in the second half.

As the legs tired, gaps were opening up and the second half saw the sides share a further 6 goals.

Rovers retook the lead but the Laois men were using their subs more effectively under the guidance of team manager Tom Christle and Darren Strong struck twice in quick succession to leave Rovers trailing 3-2 midway through the second period.

However, as the old saying goes, class is permanent and two quick fire attacks left second-half Laois keeper Matsy Forde with no chance as Rovers fired a headed equaliser and then converted a penalty to leave Laois on the brink of defeat.

That was until the goal of the game secured the draw for Laois when Robbie Hibbitts’ sublime cross found Aidan Keenan who placed a brilliant header past the Rovers keeper.

It was straight to penalties and after a collection of excellent (and some not so excellent) spot kicks, the chance to secure the win fell to Mark Dunne who calmly slotted home the winning kick for the Laois Legends.

As the large crowd headed for the gates there was only one winner that mattered with the event raising much needed funds for Eoin Coss and his family. 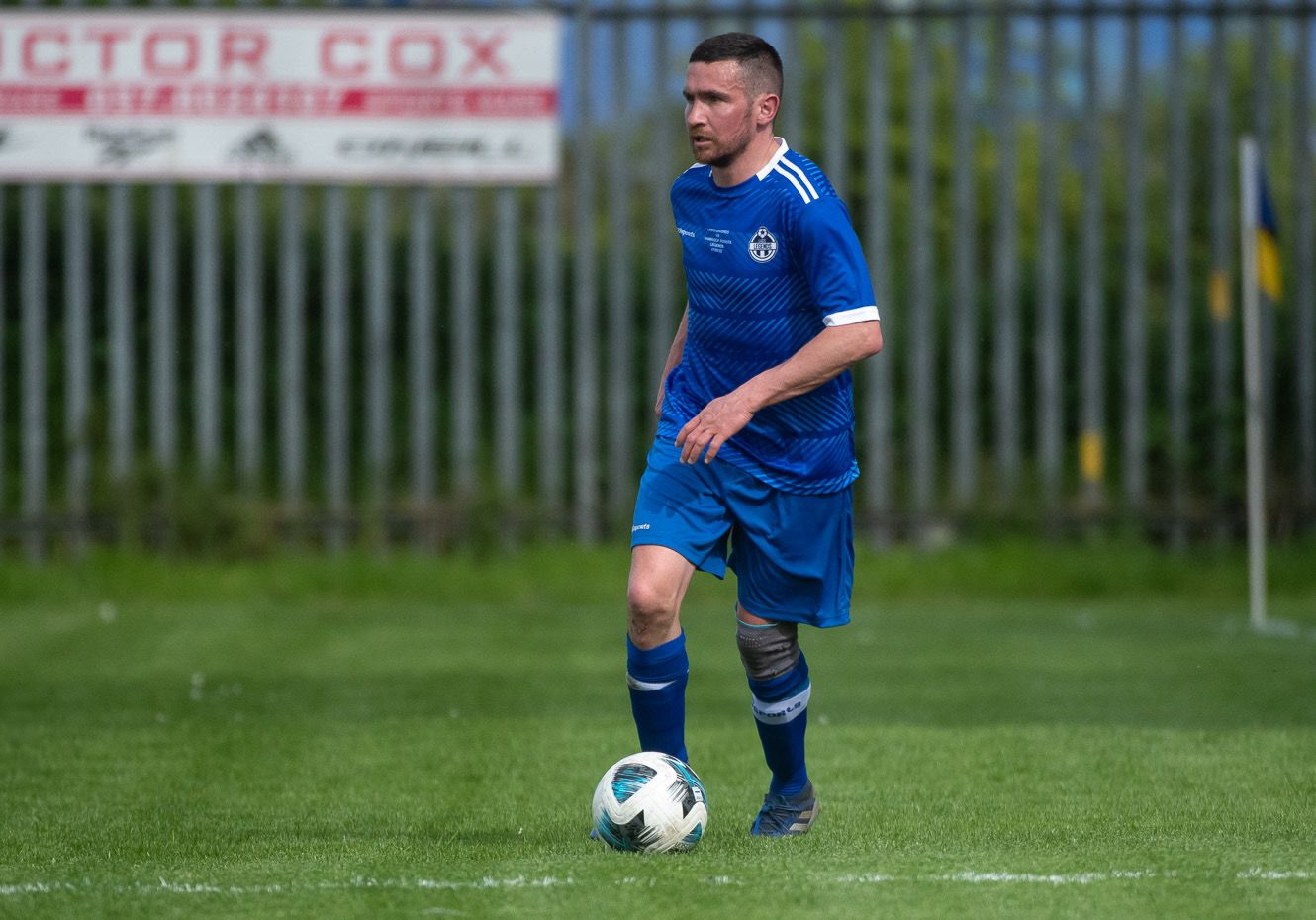 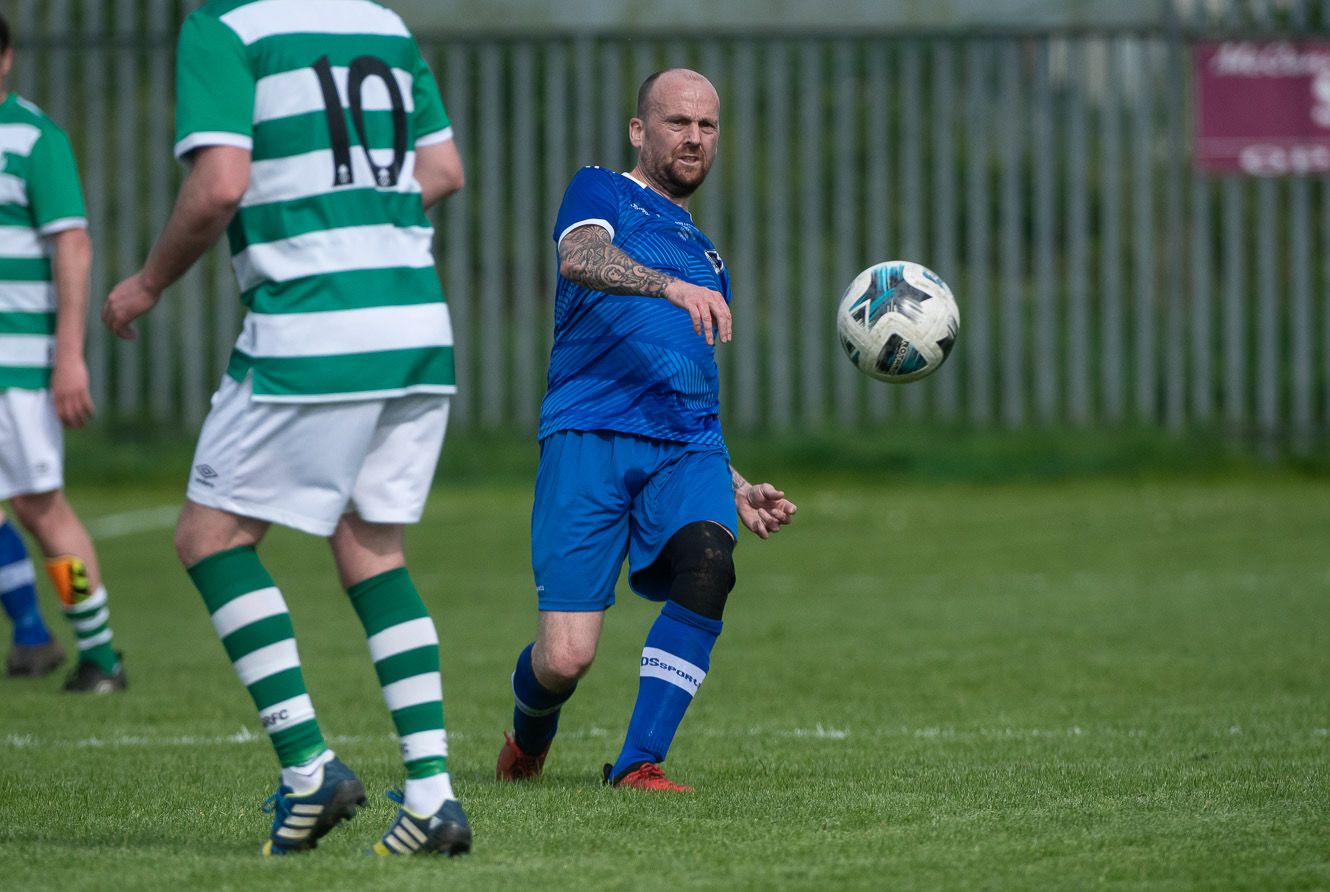 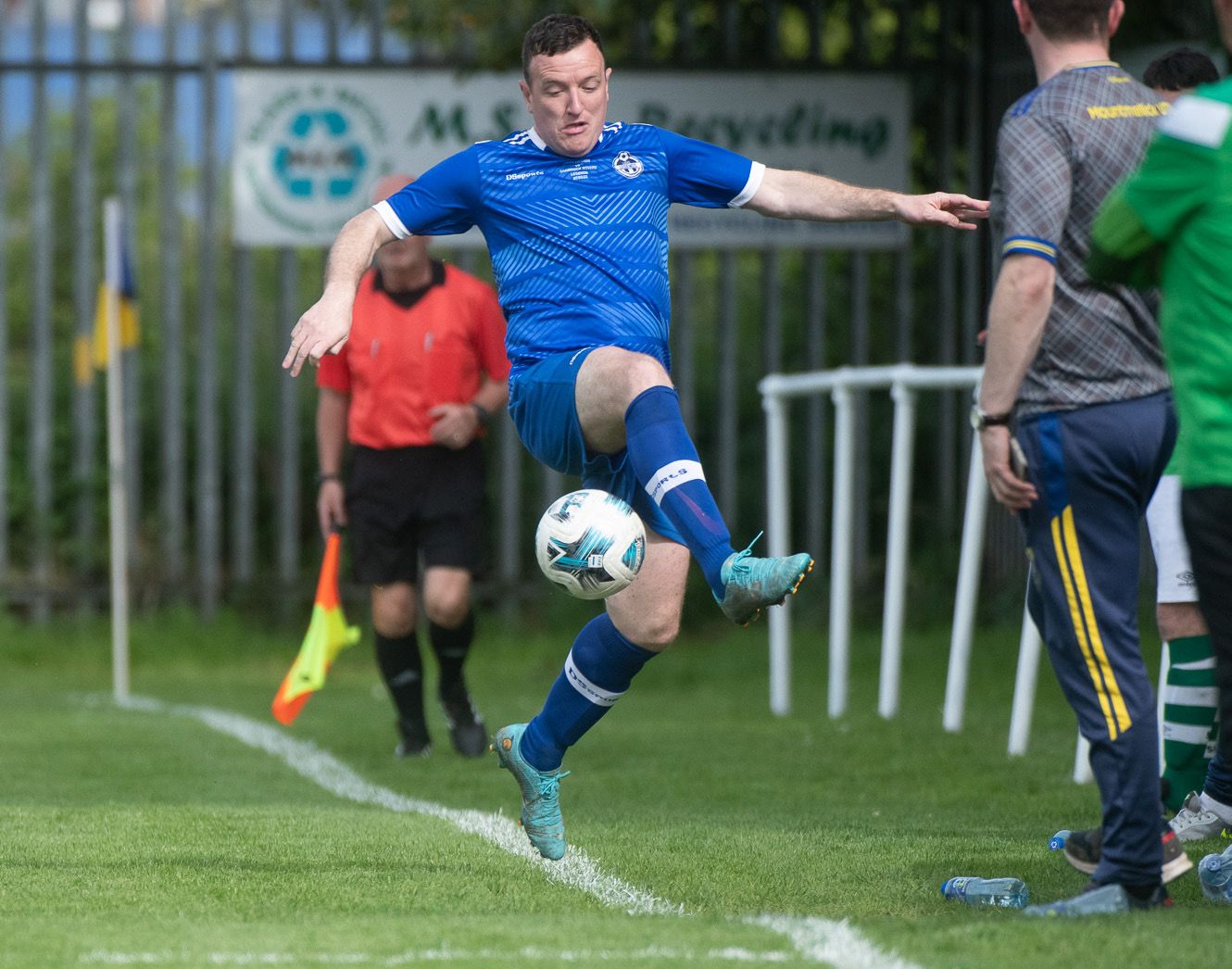 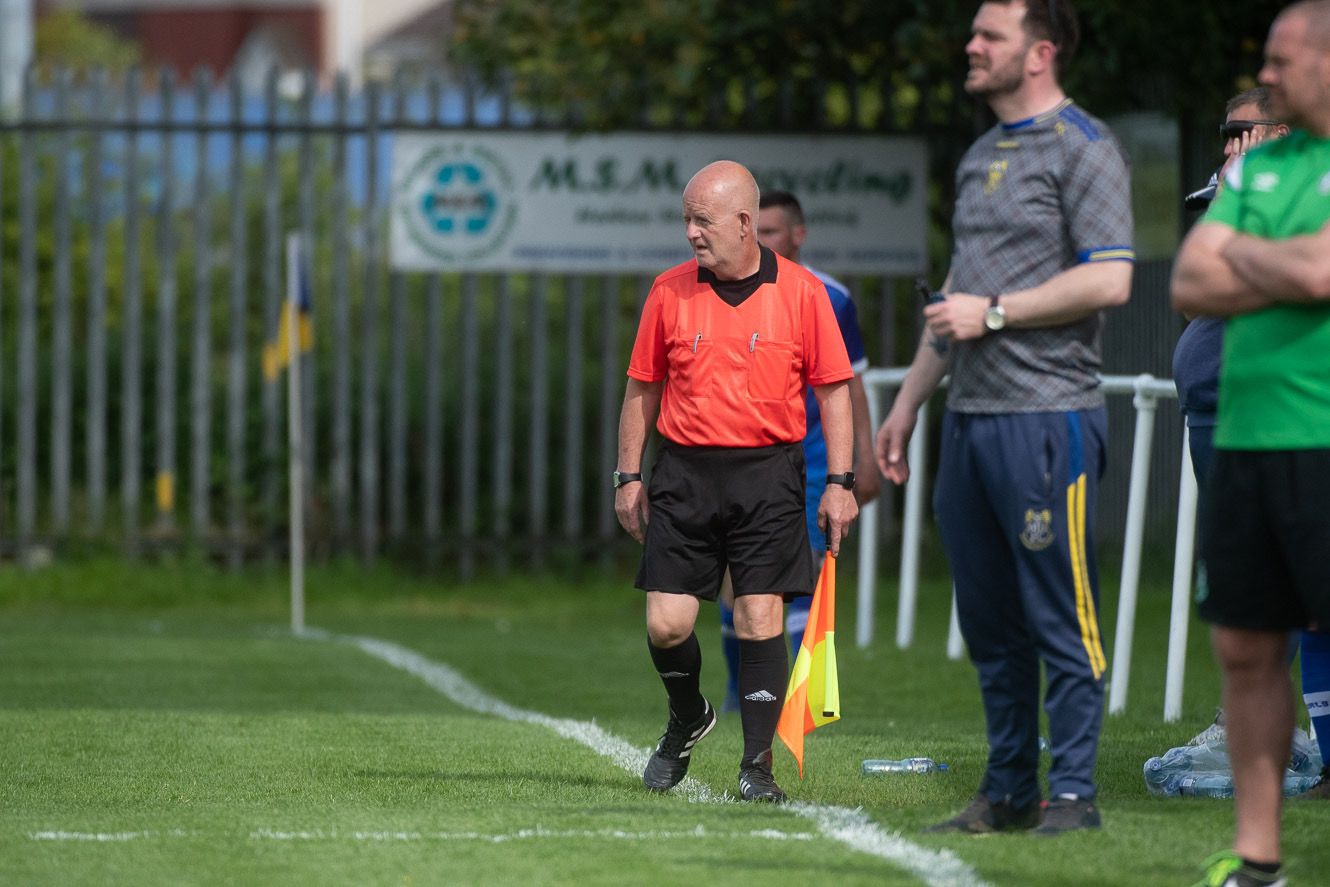 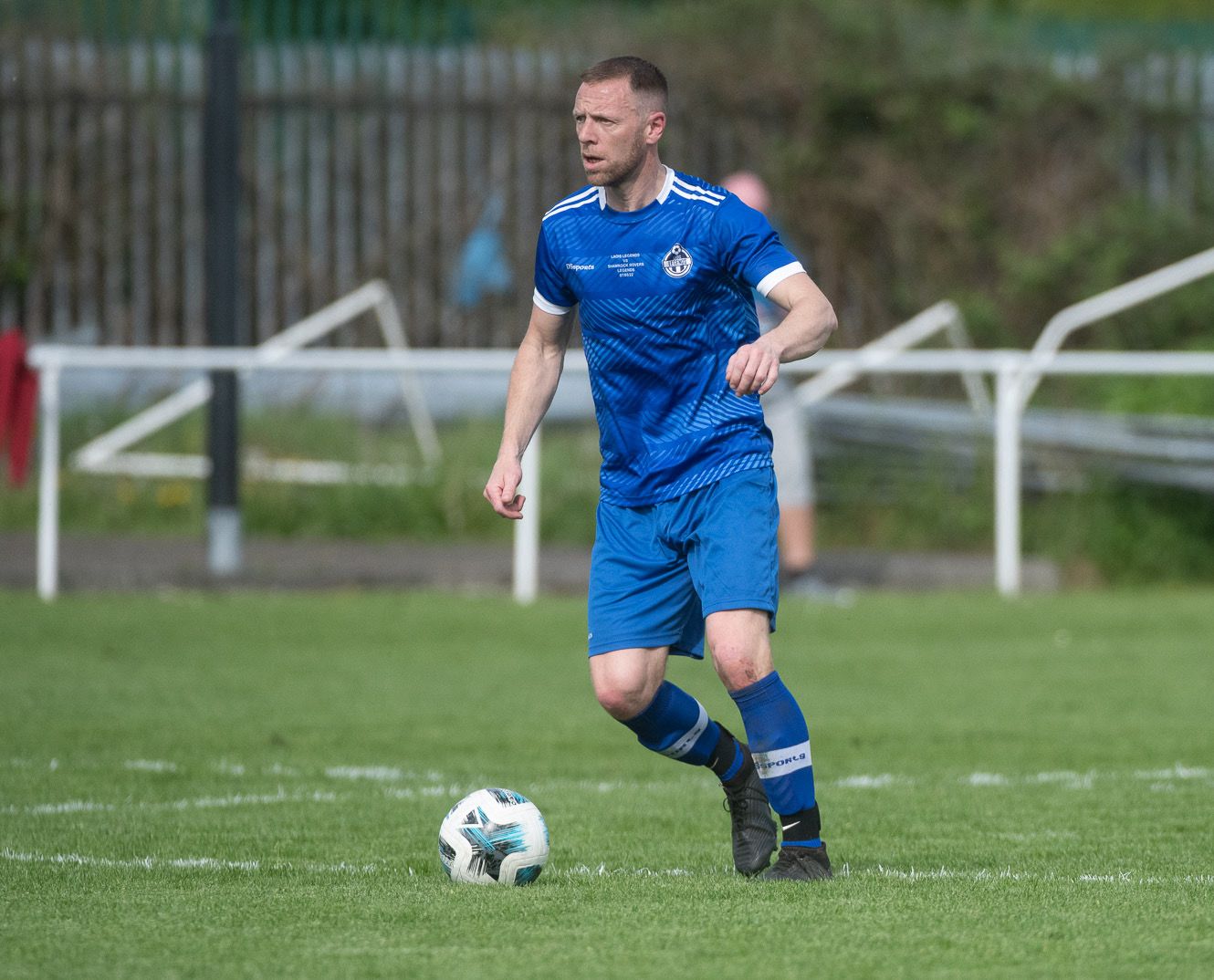 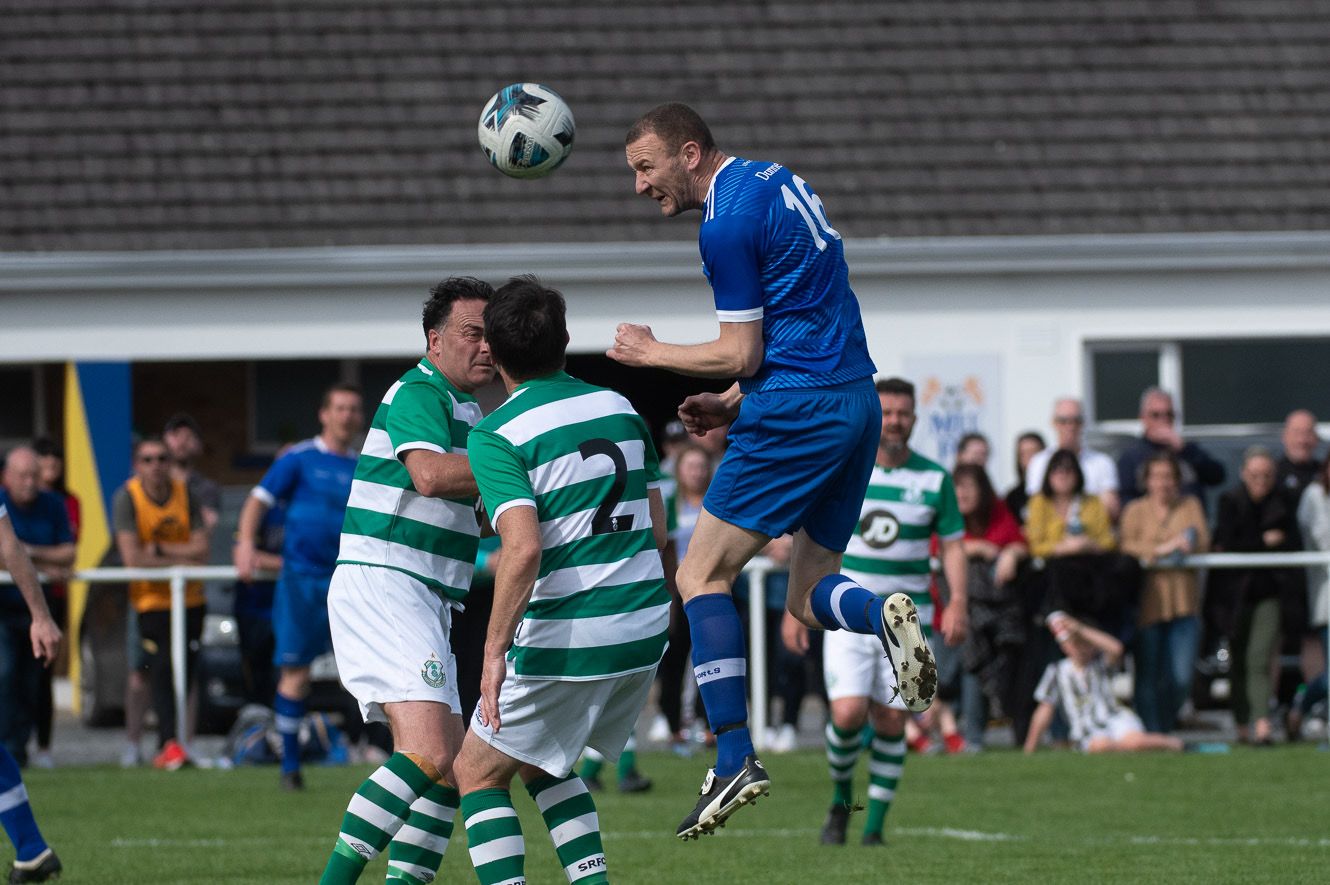 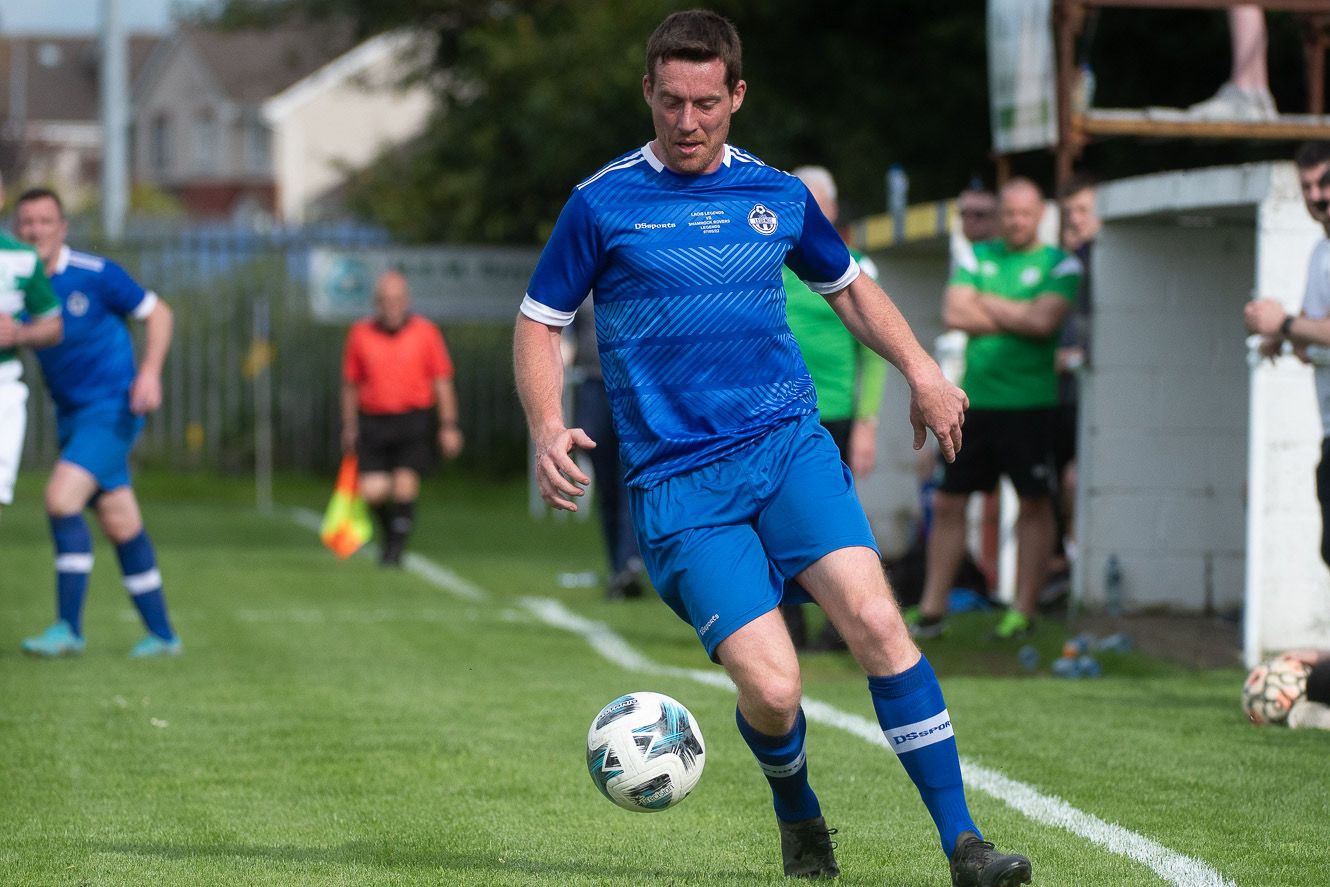 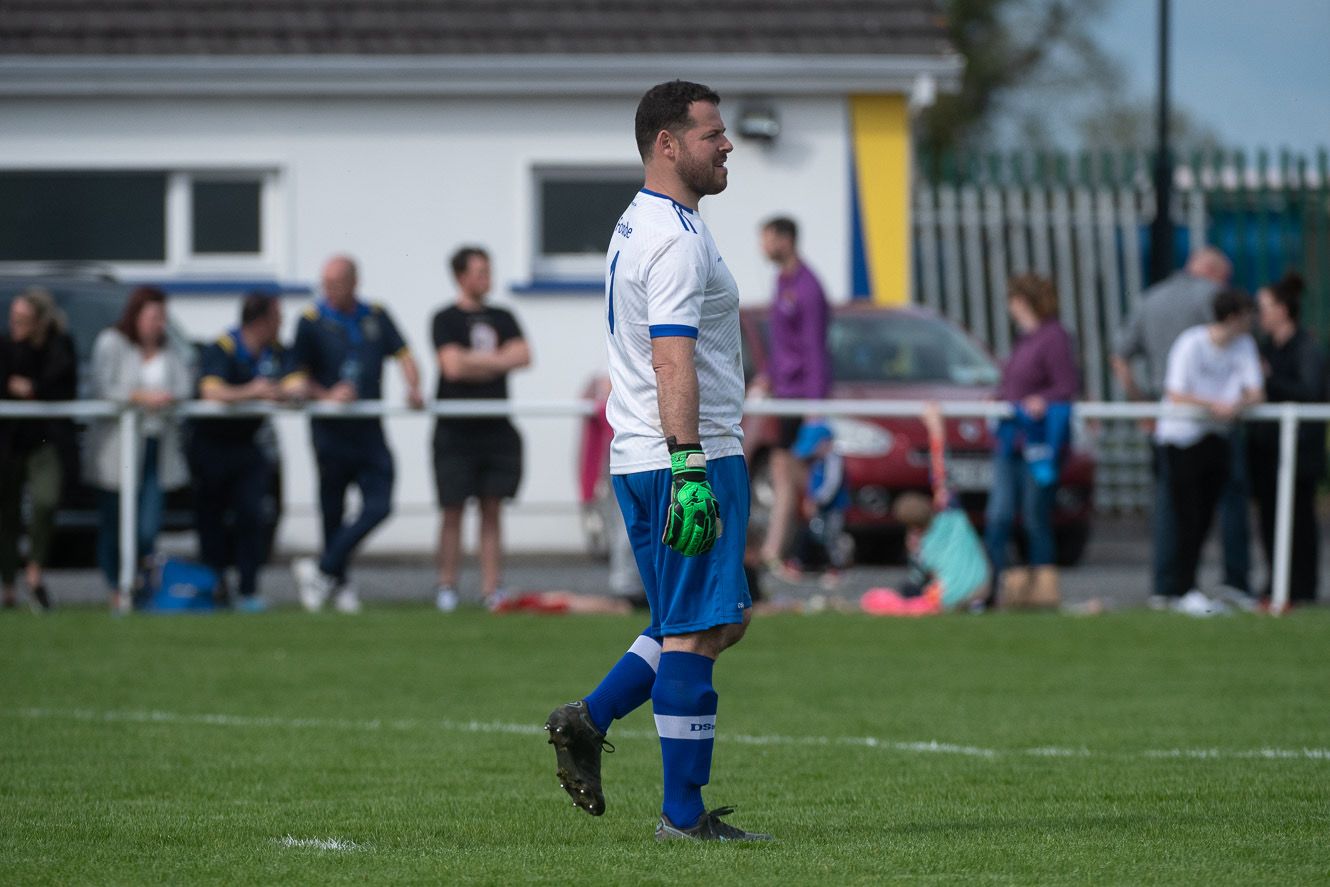 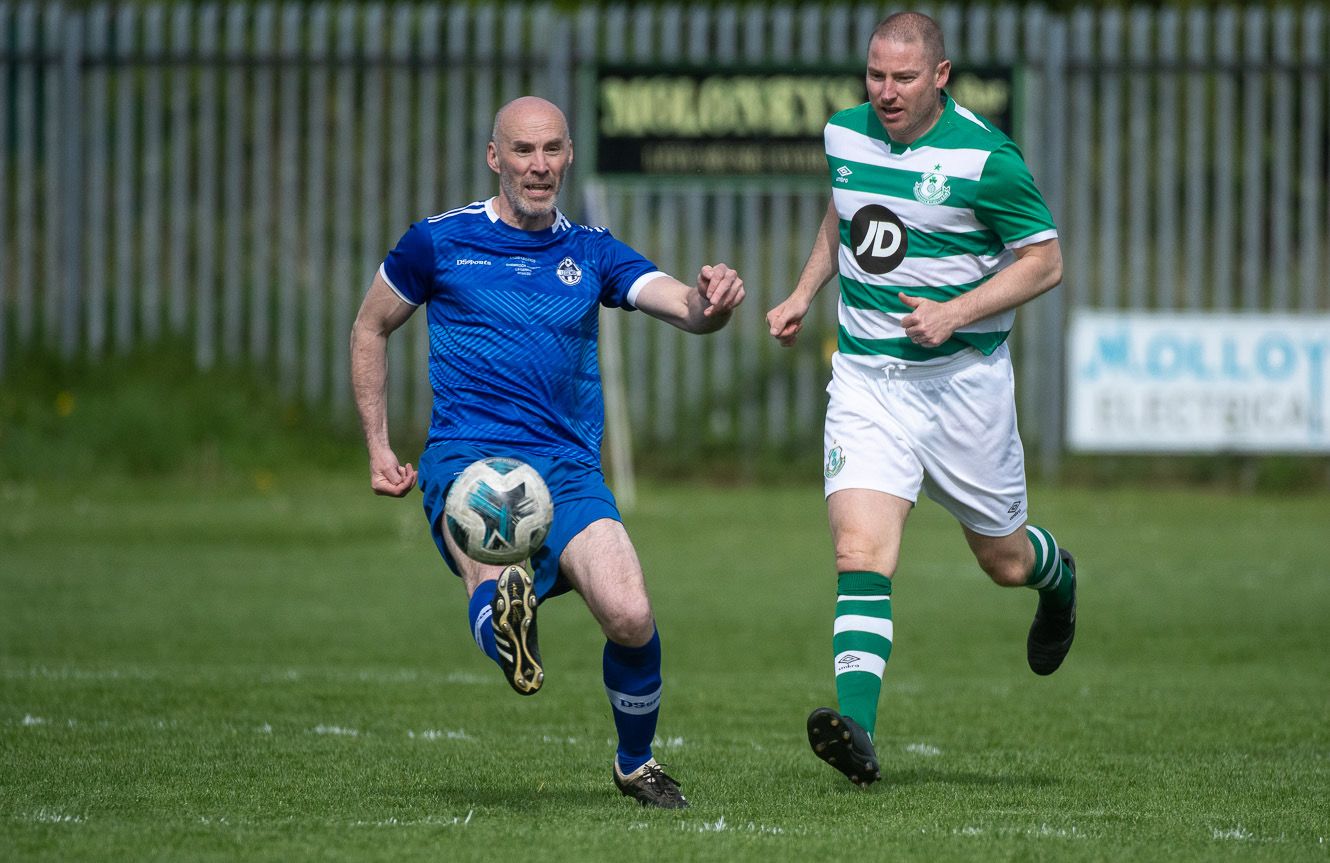 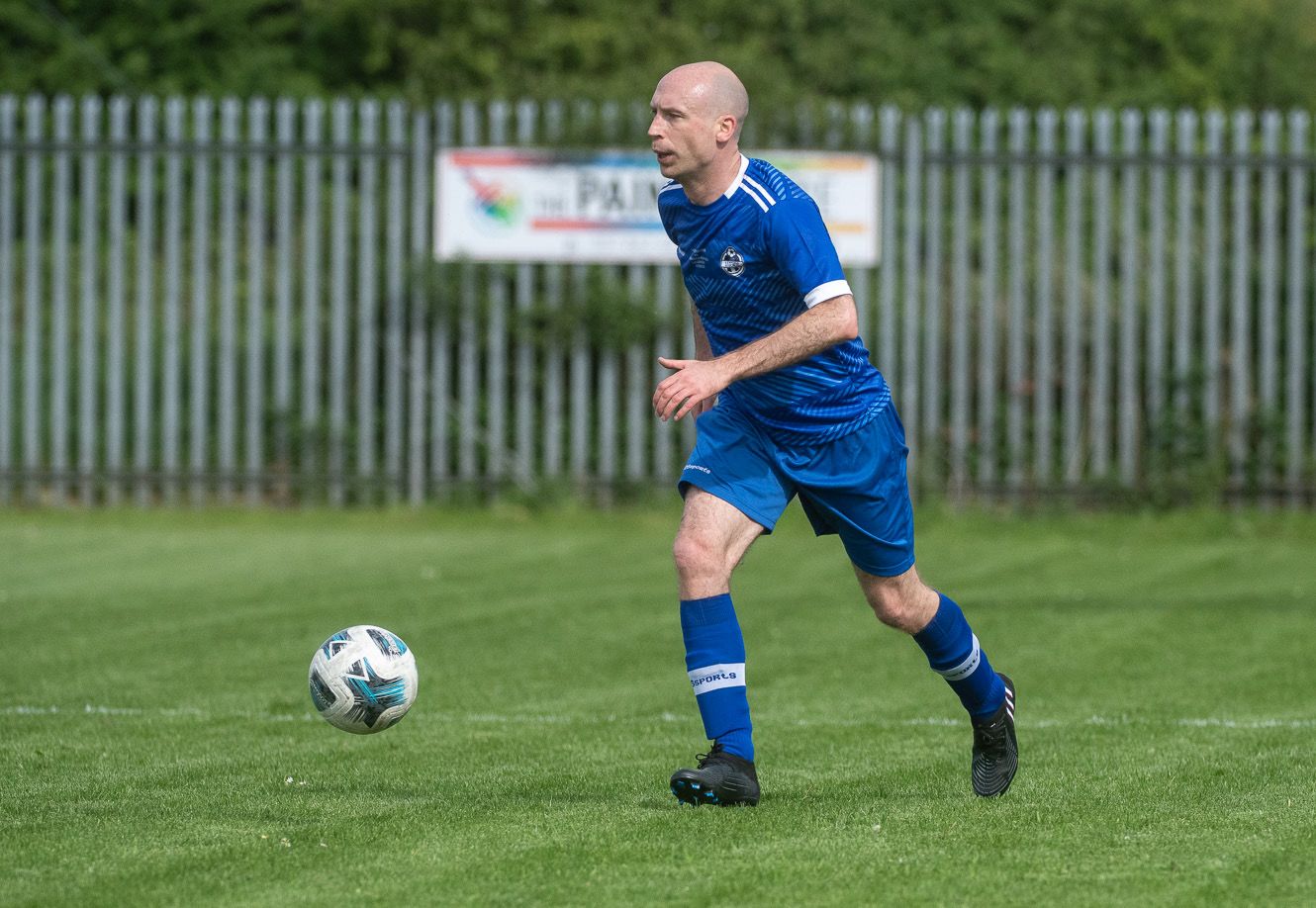 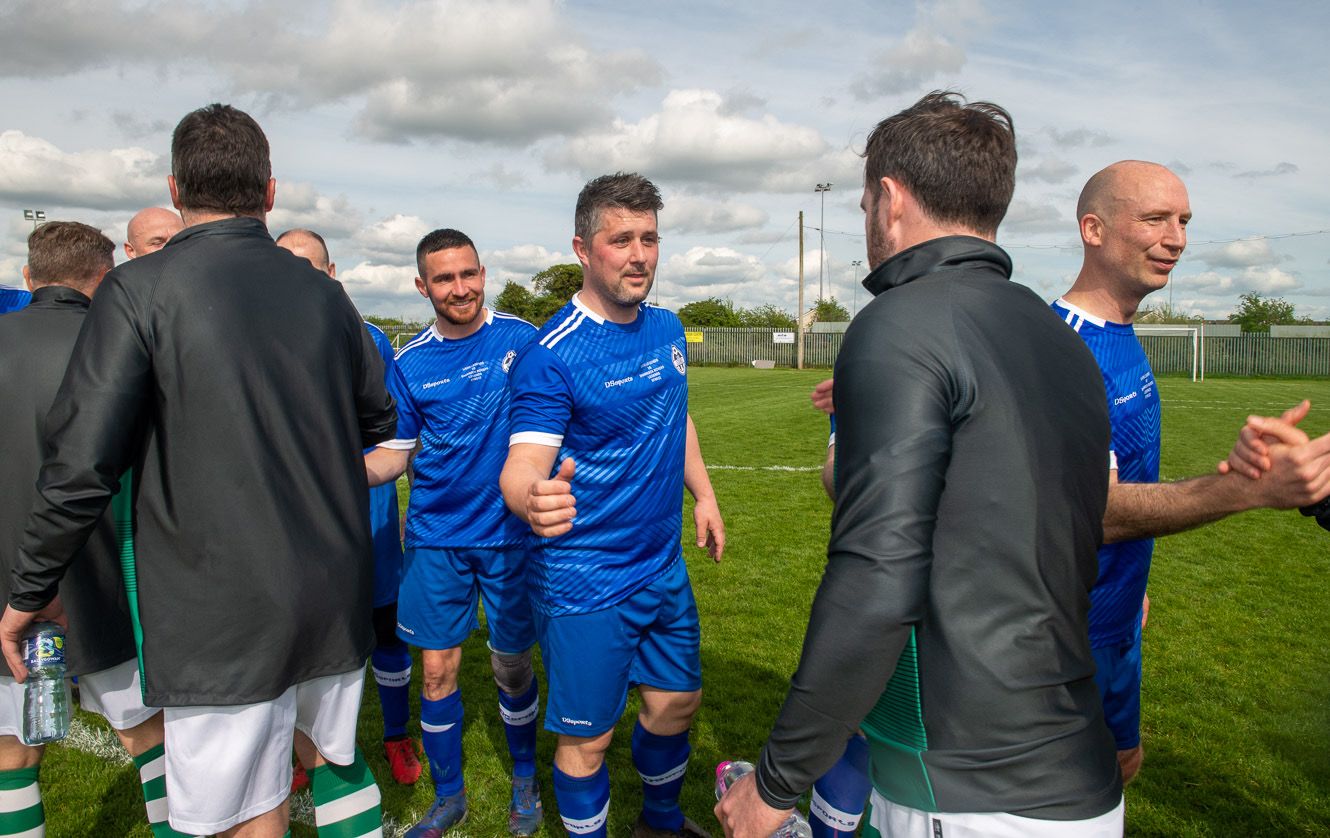 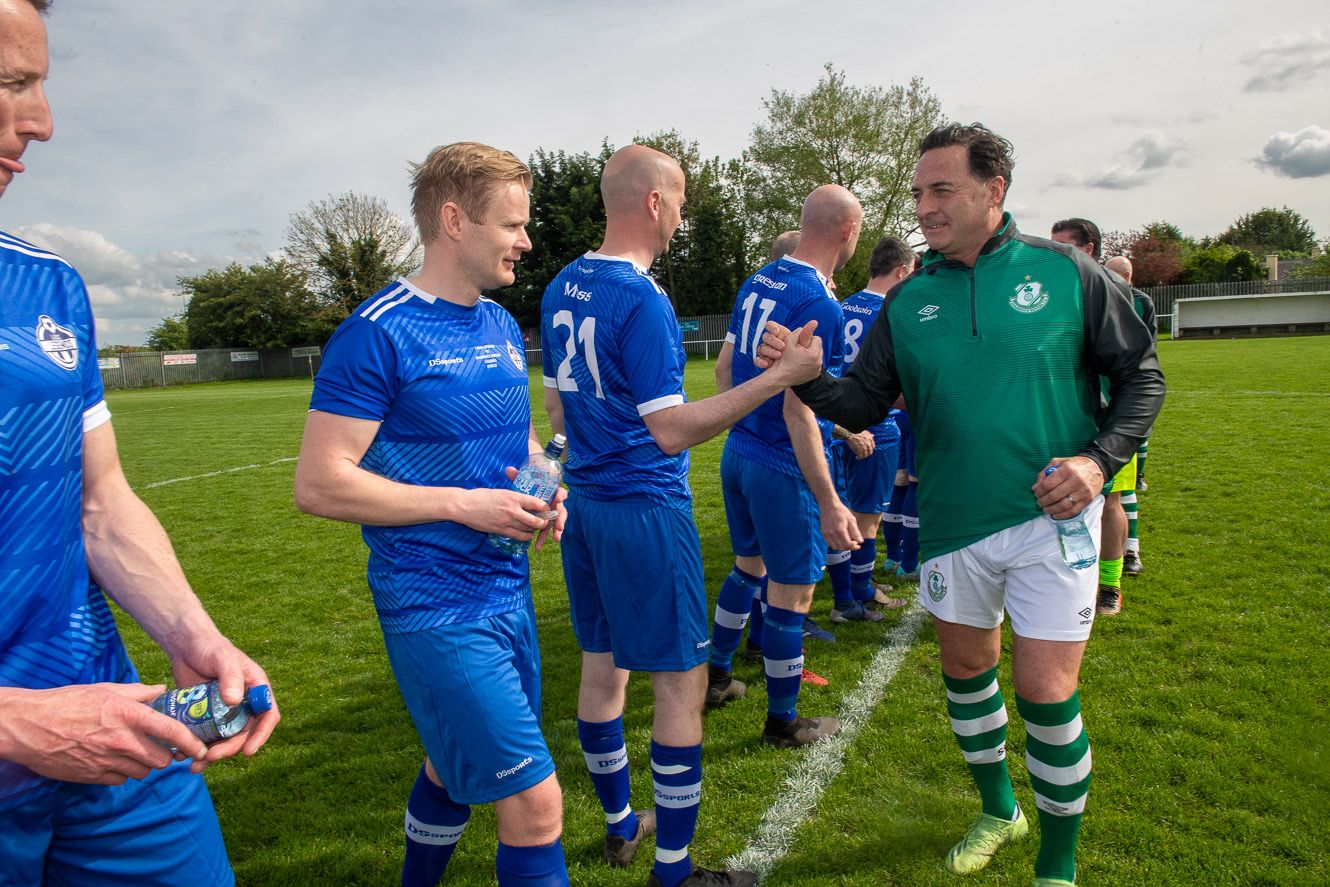 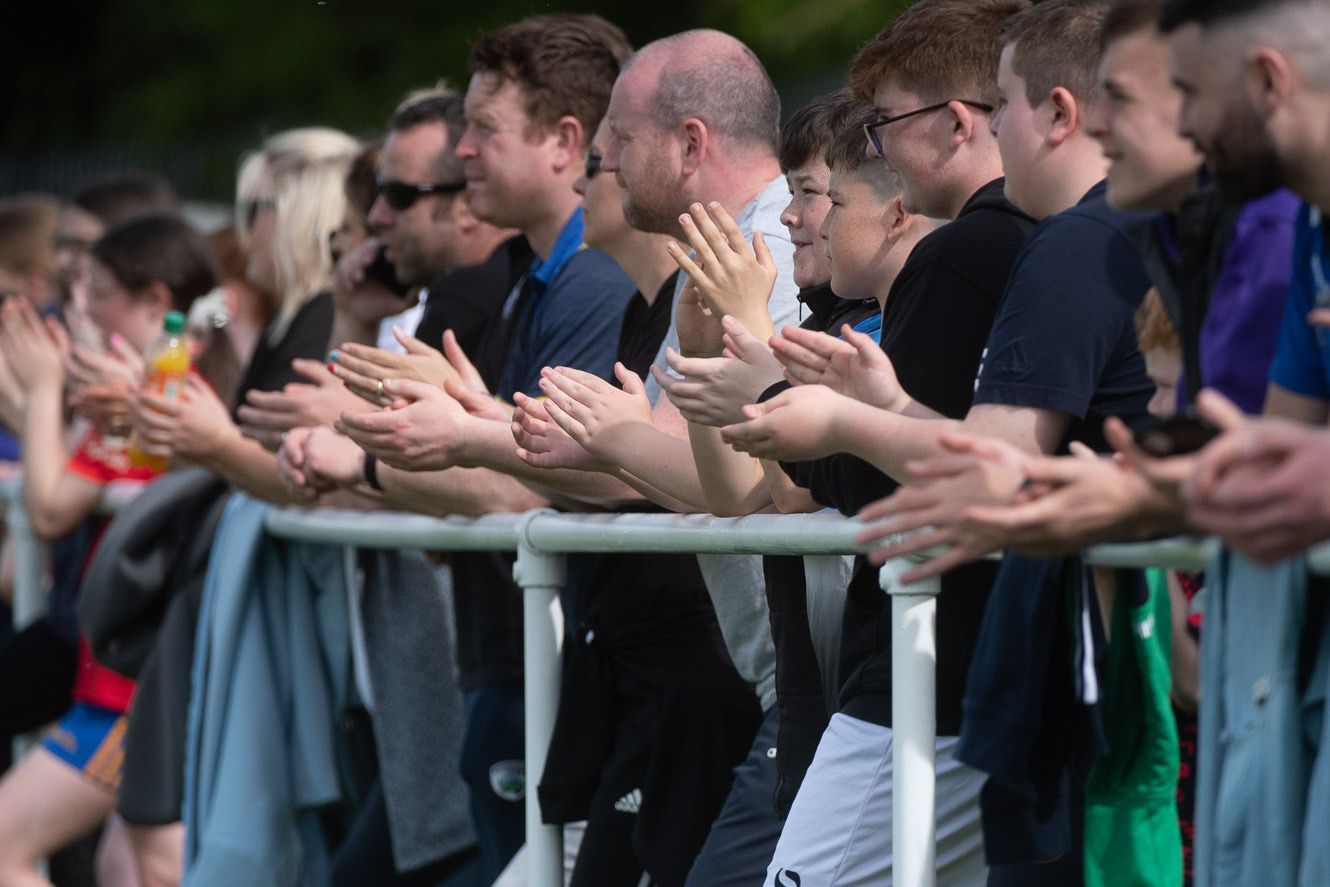 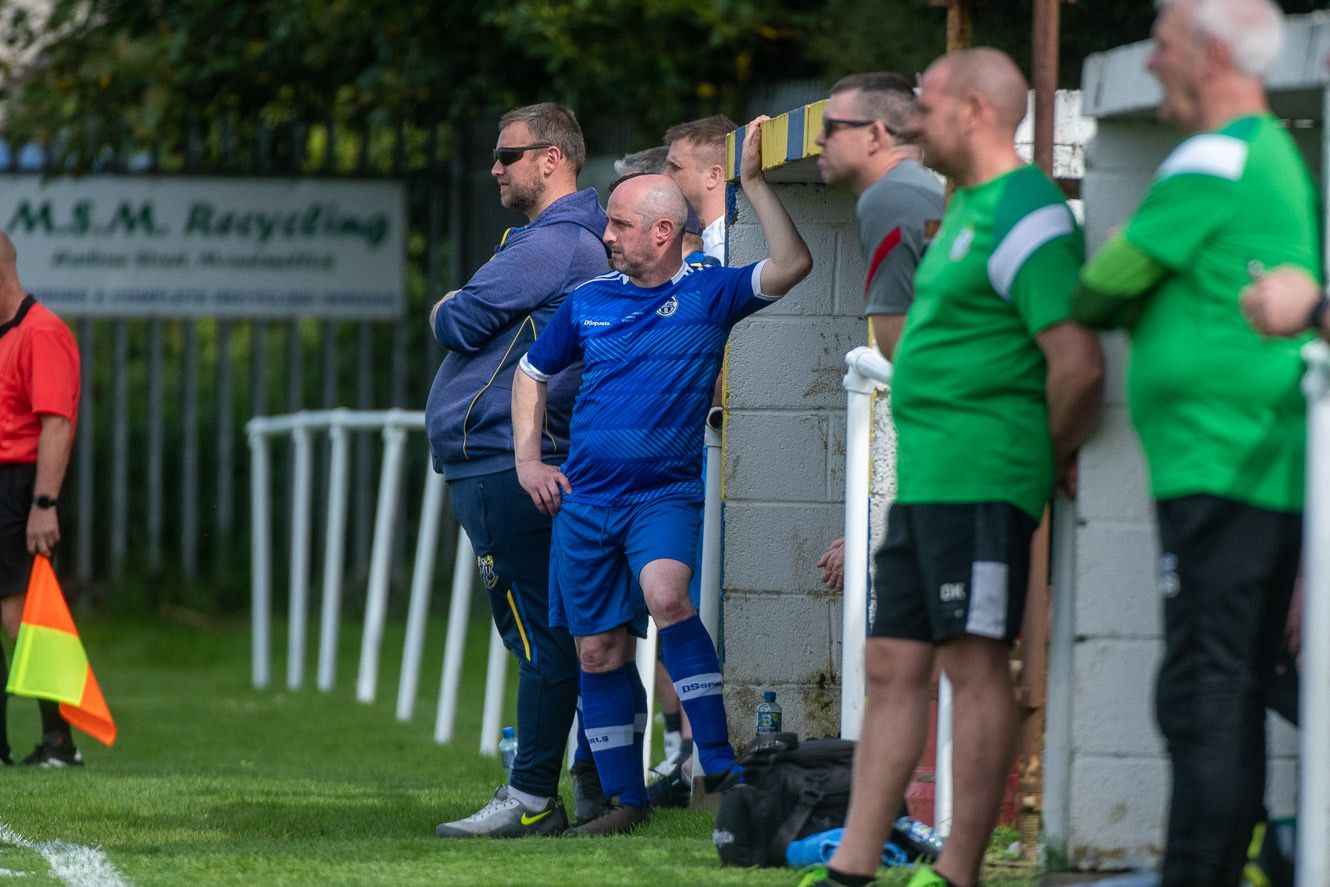 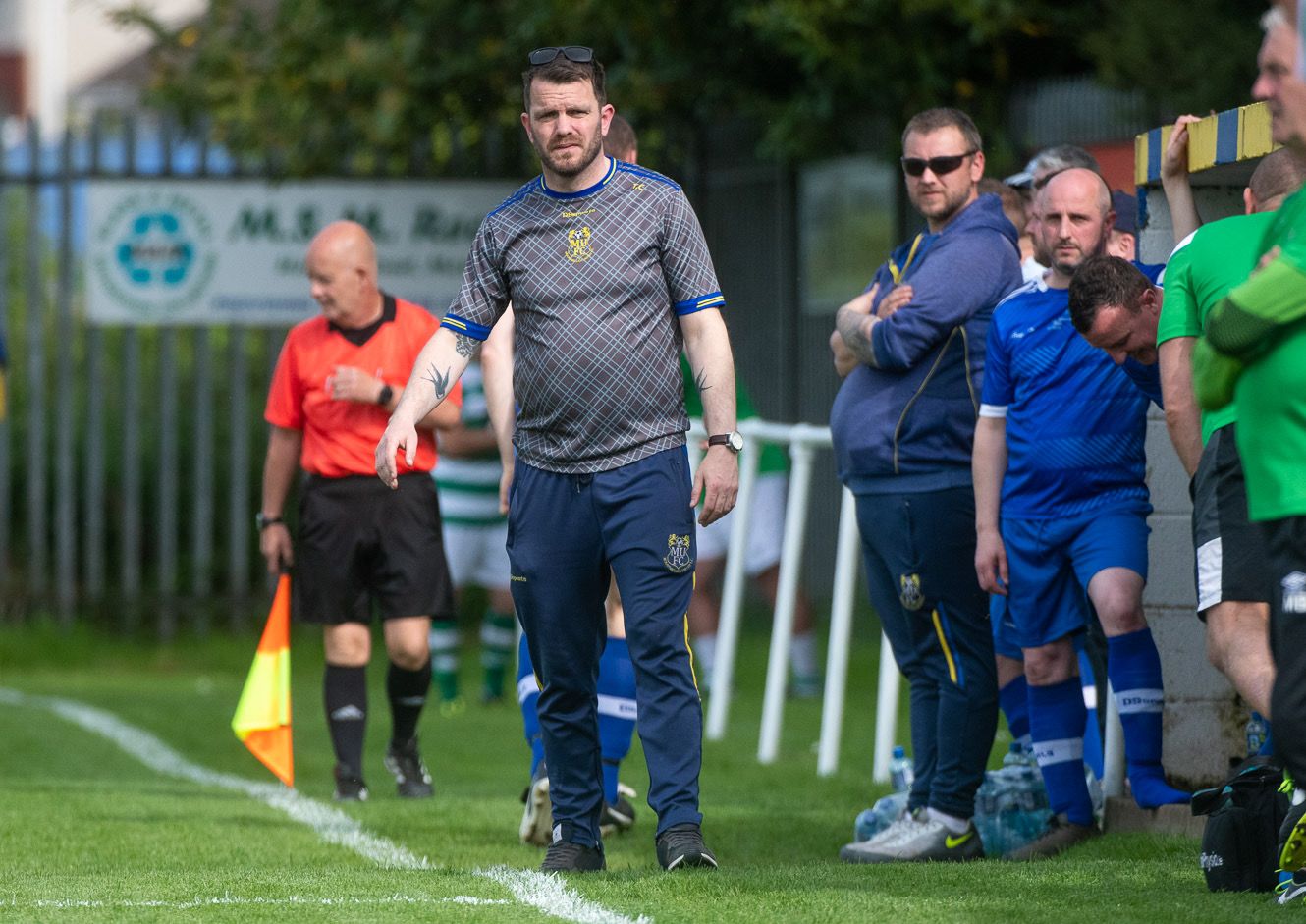 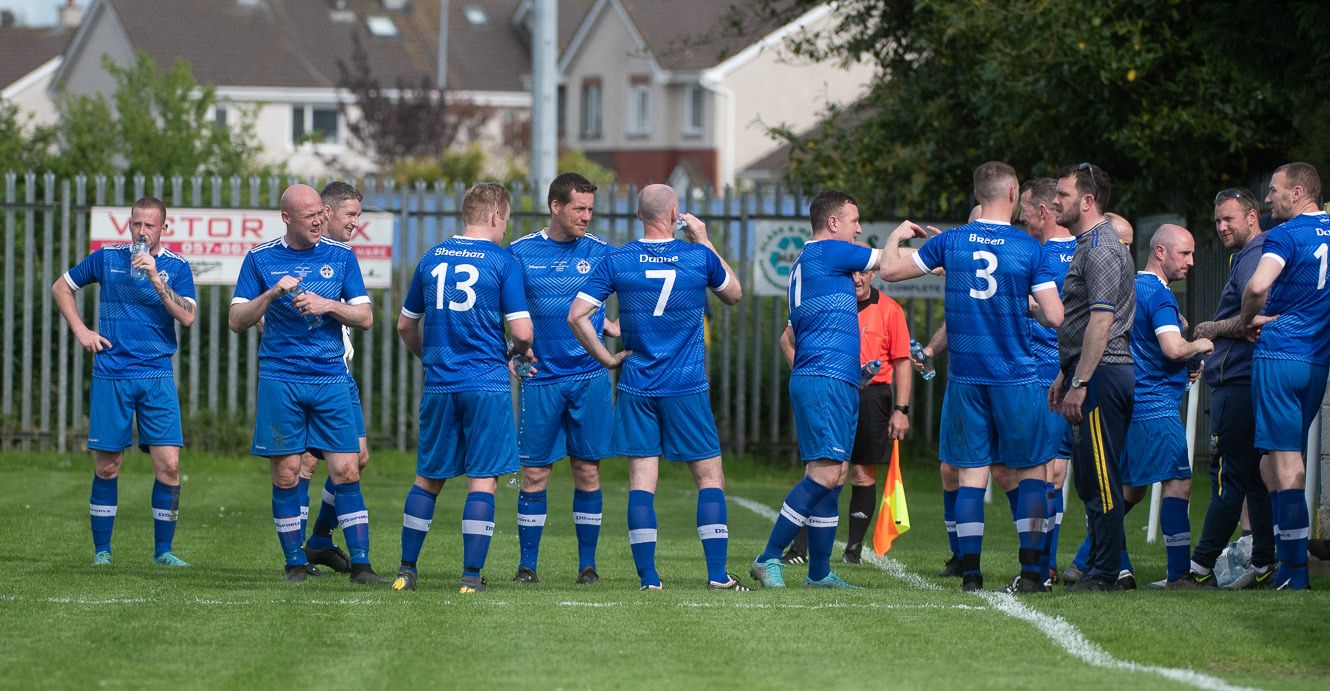 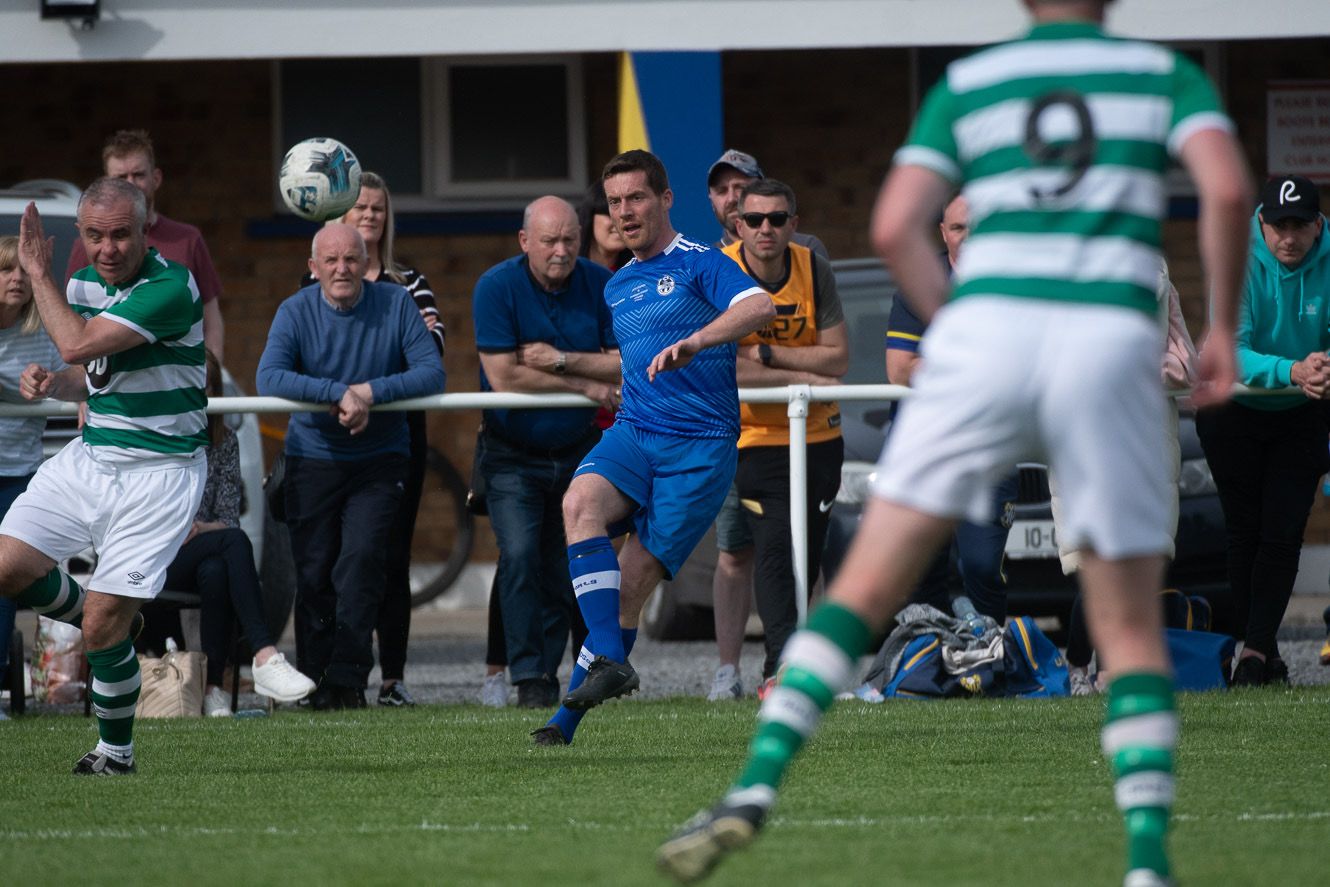 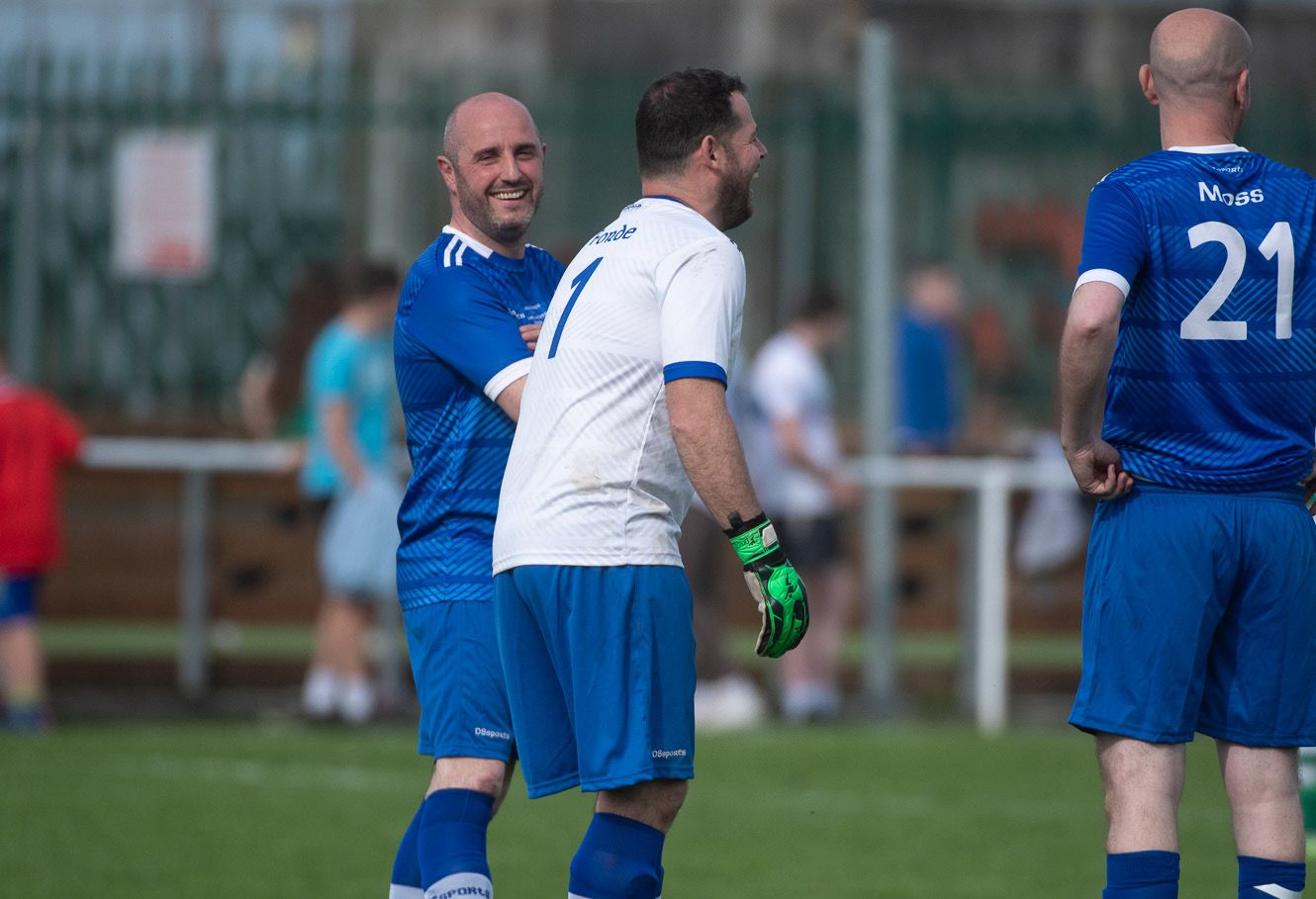 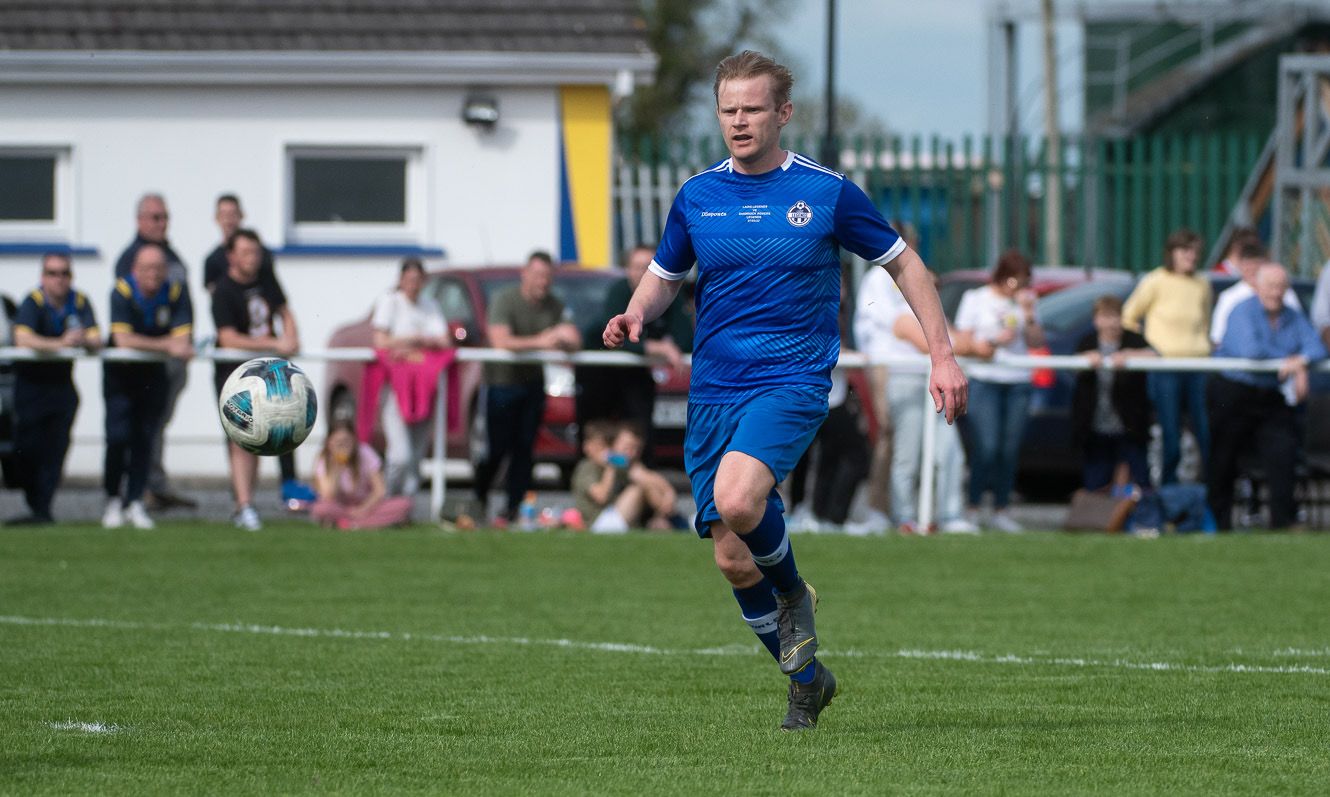 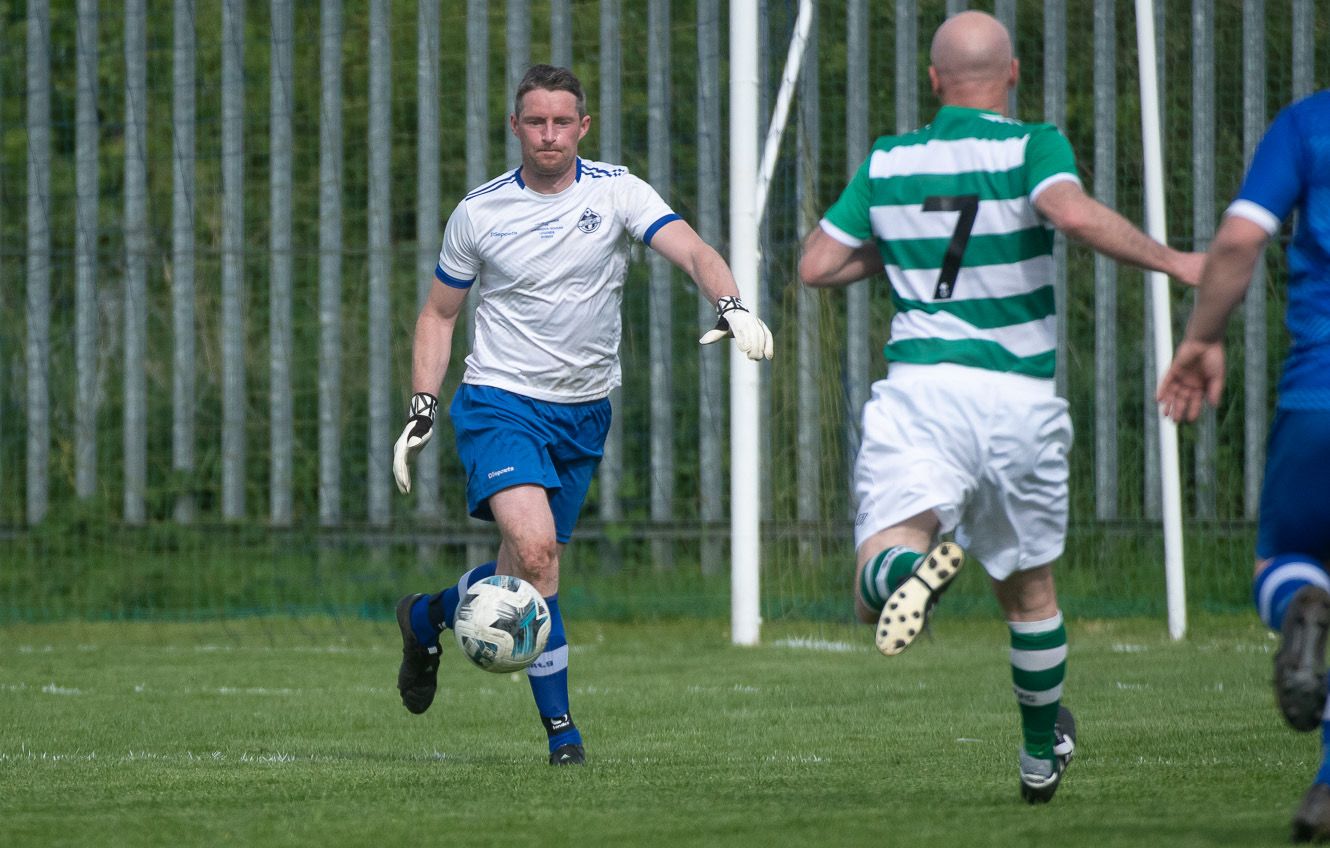 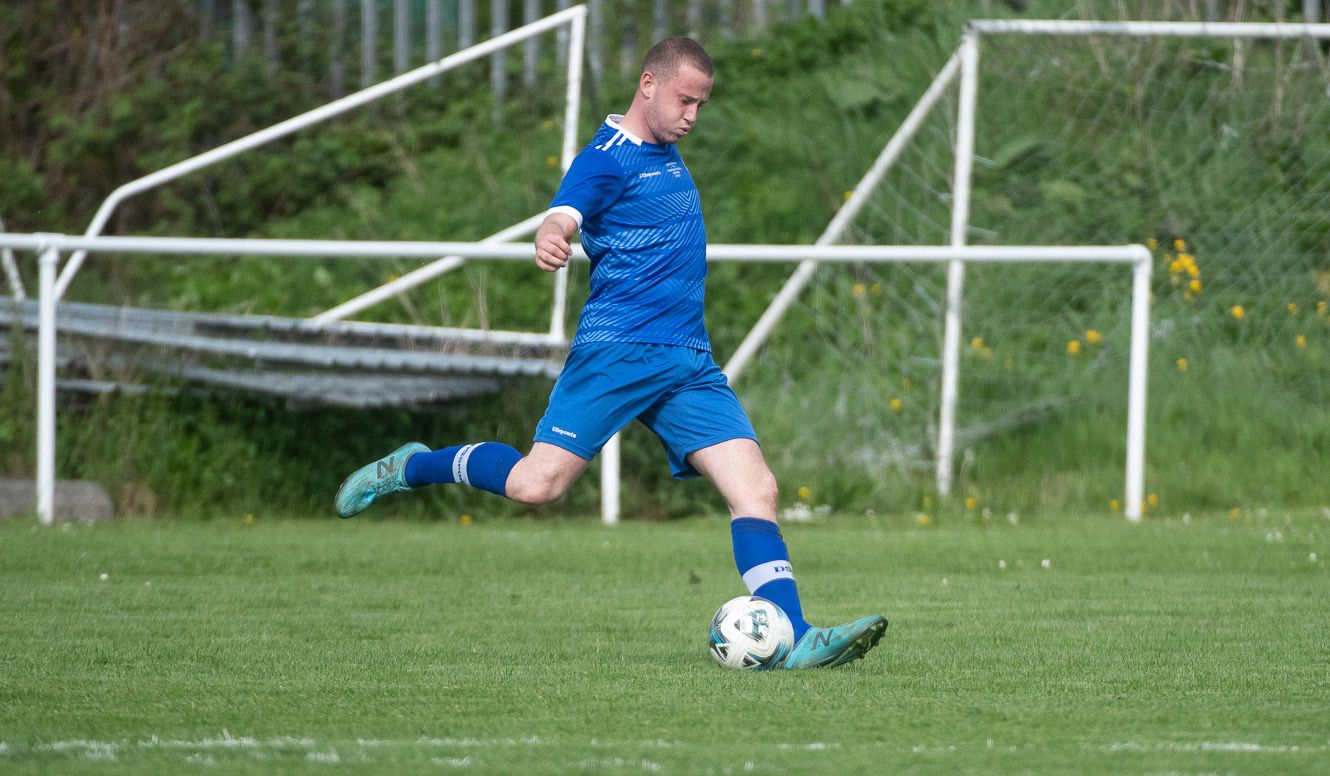 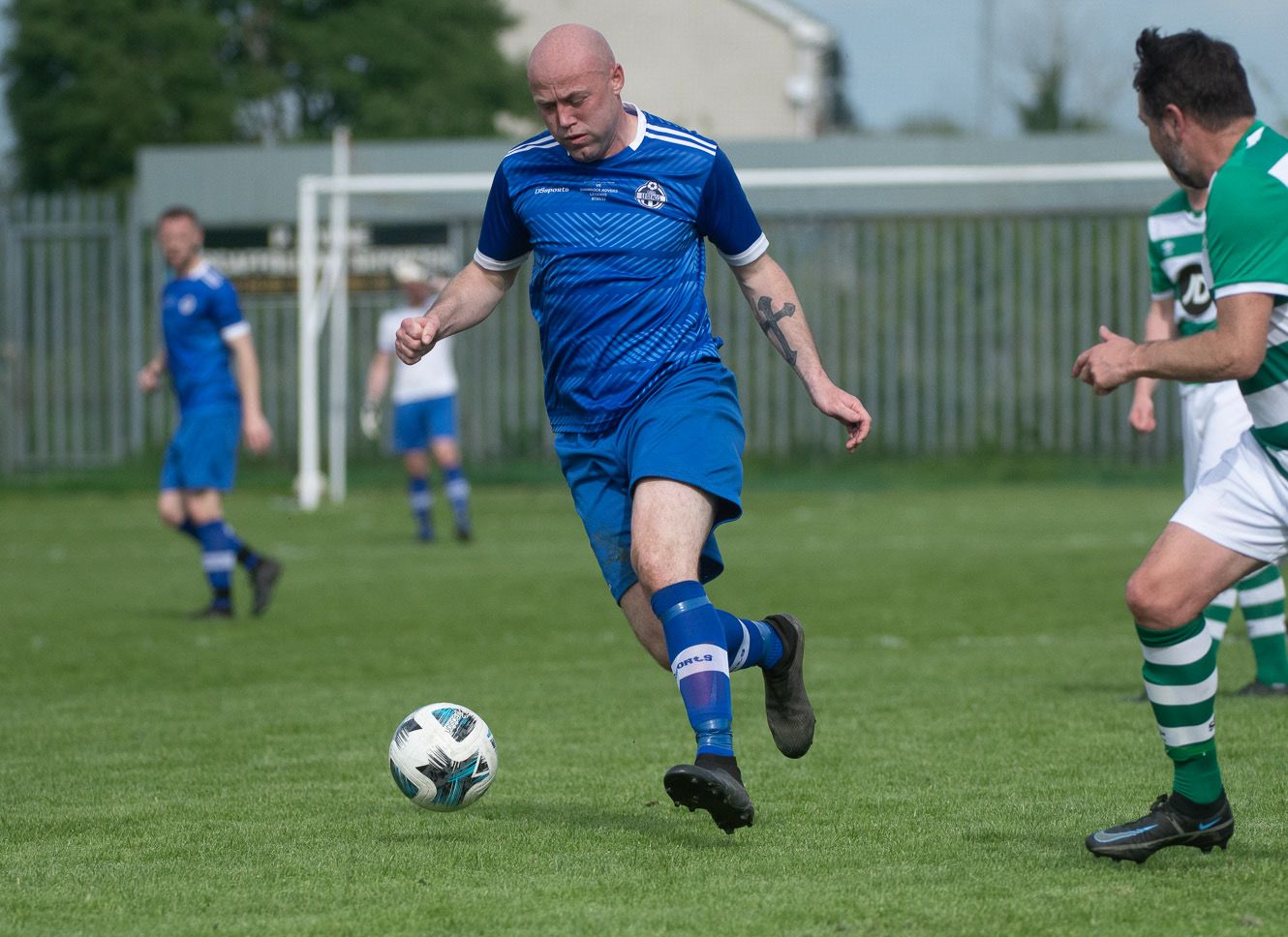 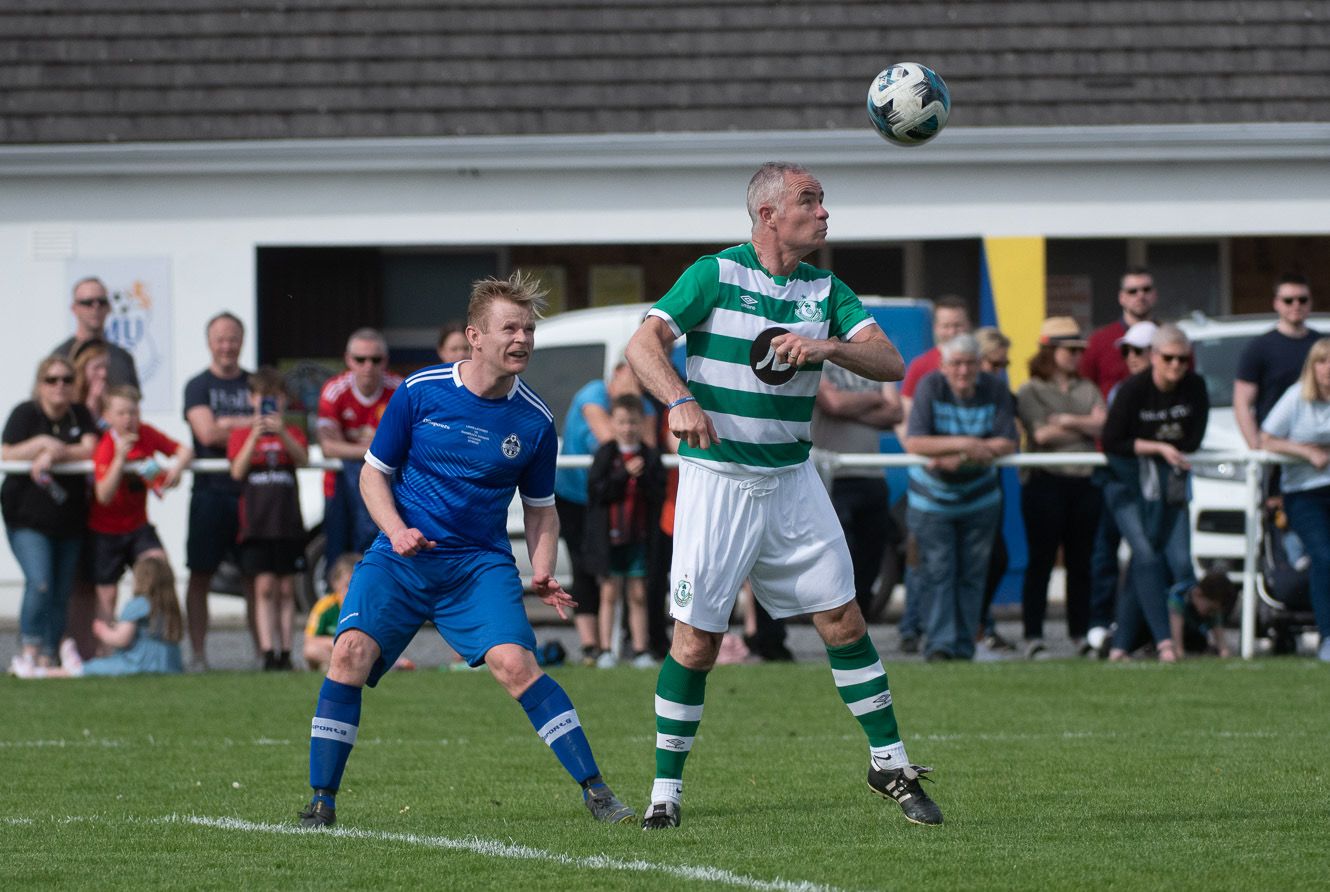 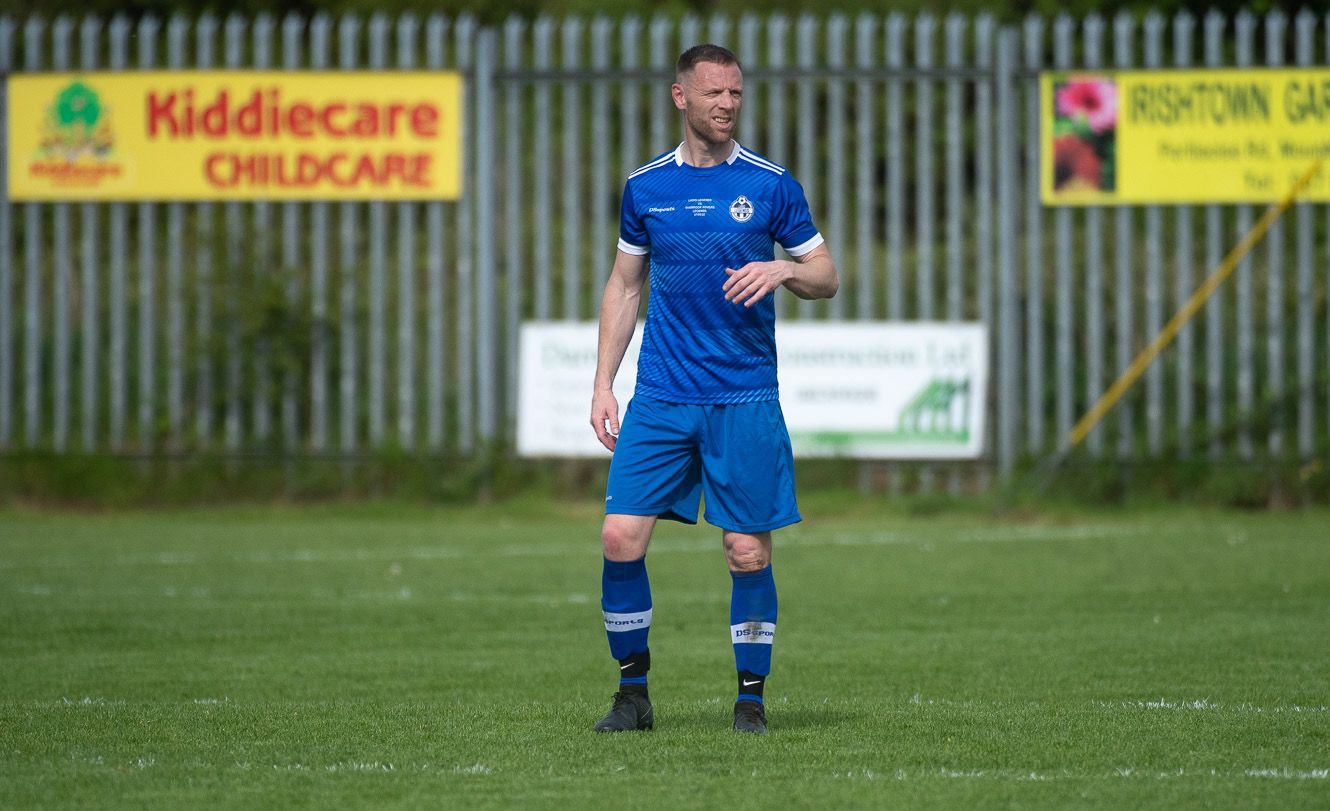 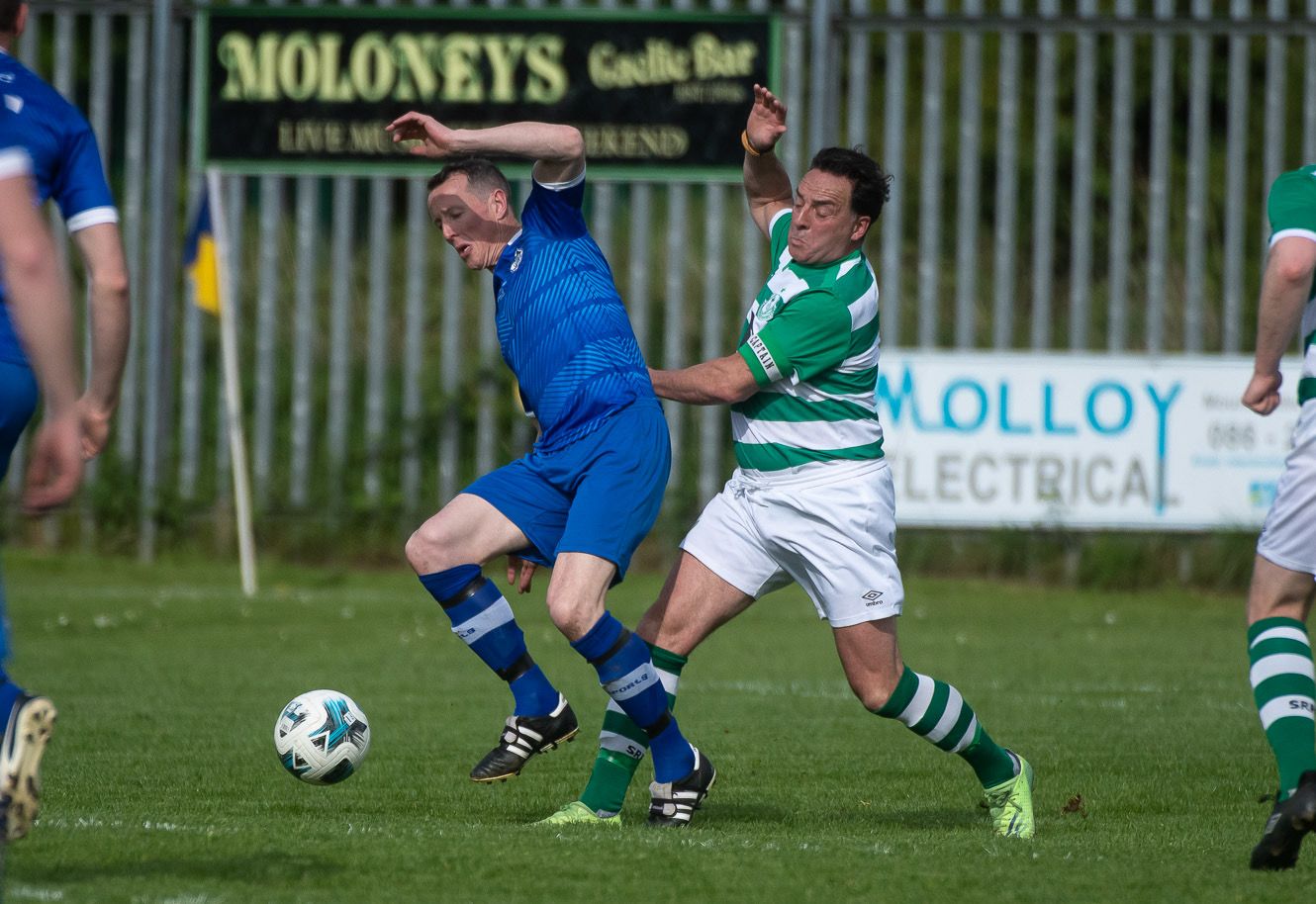 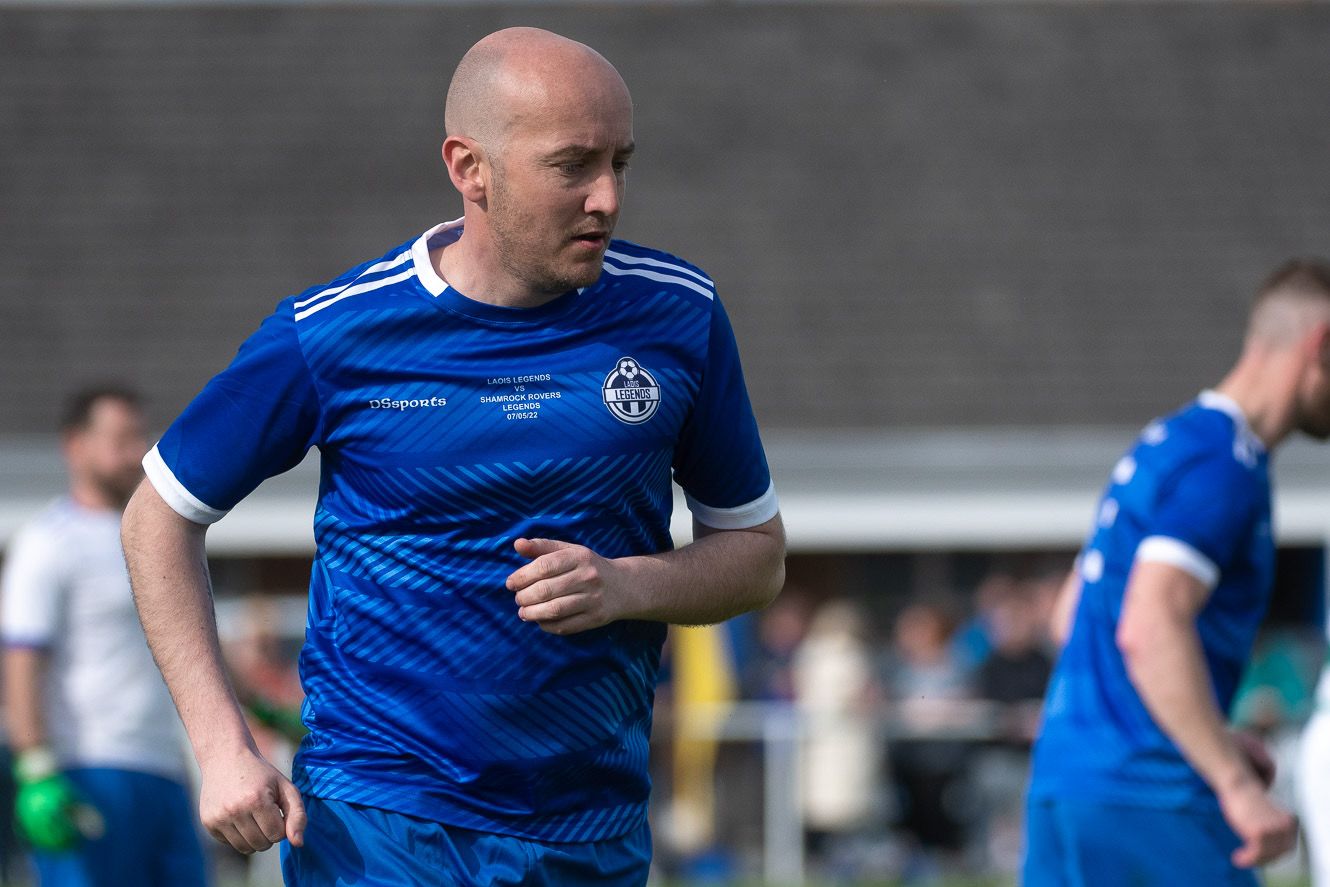