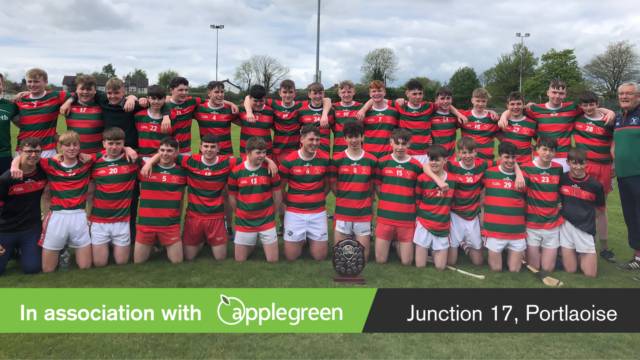 St Fergal’s Rathdowney were crowned Leinster U-16 ‘C’ hurling champions following a dramatic encounter in Round Towers in Kildare this afternoon.

Sean Conroy and Joe Dollard’s charges were three points down with four minutes to play but showed remarkable composure to come back and win.

Joint-captains Cormac Hogan and Ciaran Coss were the heroes in the end as their actions dragged their side back into the game.

And then with the match in injury time, midfielder Evan Carey popped up with what proved to be the winning score.

Boyne played with the wind in the first half but the sides could not be split in the opening fifteen minutes.

Gary Whelan, Joe Sherman and Oisin Moore opened the scoring for St Fergal’s while Kyle Ennis (2) and Darragh Heffernan did likewise for Boyne.

The Meath side did look the more threatening though and St Fergal’s were thankful to keeper Jack Delaney who made a number of fine saves while James Rooney, James Ryan and Lorcan Dunne in front of him made a number of important interceptions.

Ennis pushed Boyne ahead with frees but St Fergal’s came back to go ahead by one as we approached half time thanks to Darragh Ryan, Cormac Hogan and Evan Carey.

Nevertheless, Boyne grabbed the final three scores via Ennis, Mark Leavy and Conor Barnwell to lead 0-9 to 0-7 at half time.

The sides traded points when the new half began but the concession of two goals in less than a minute rocked St Fergal’s.

The first came after 40 minutes when Mark Leavy picked out Conor Barnwell with a pass and he smashed a shot to the far corner.

From the resulting puck-out, Boyne won possession and pumped a high ball into Aaron O’Rourke who scored from close range.

It was here that Coss and Hogan really stood up and became influential in the game – just as Hogan had done for the Laois minors in their win over Kilkenny last weekend.

The Clough-Ballacolla man drove at Boyne and drew frees and created scores. He and Joe Sherman also both almost had goals but they were knocked out for 65s that Coss converted. 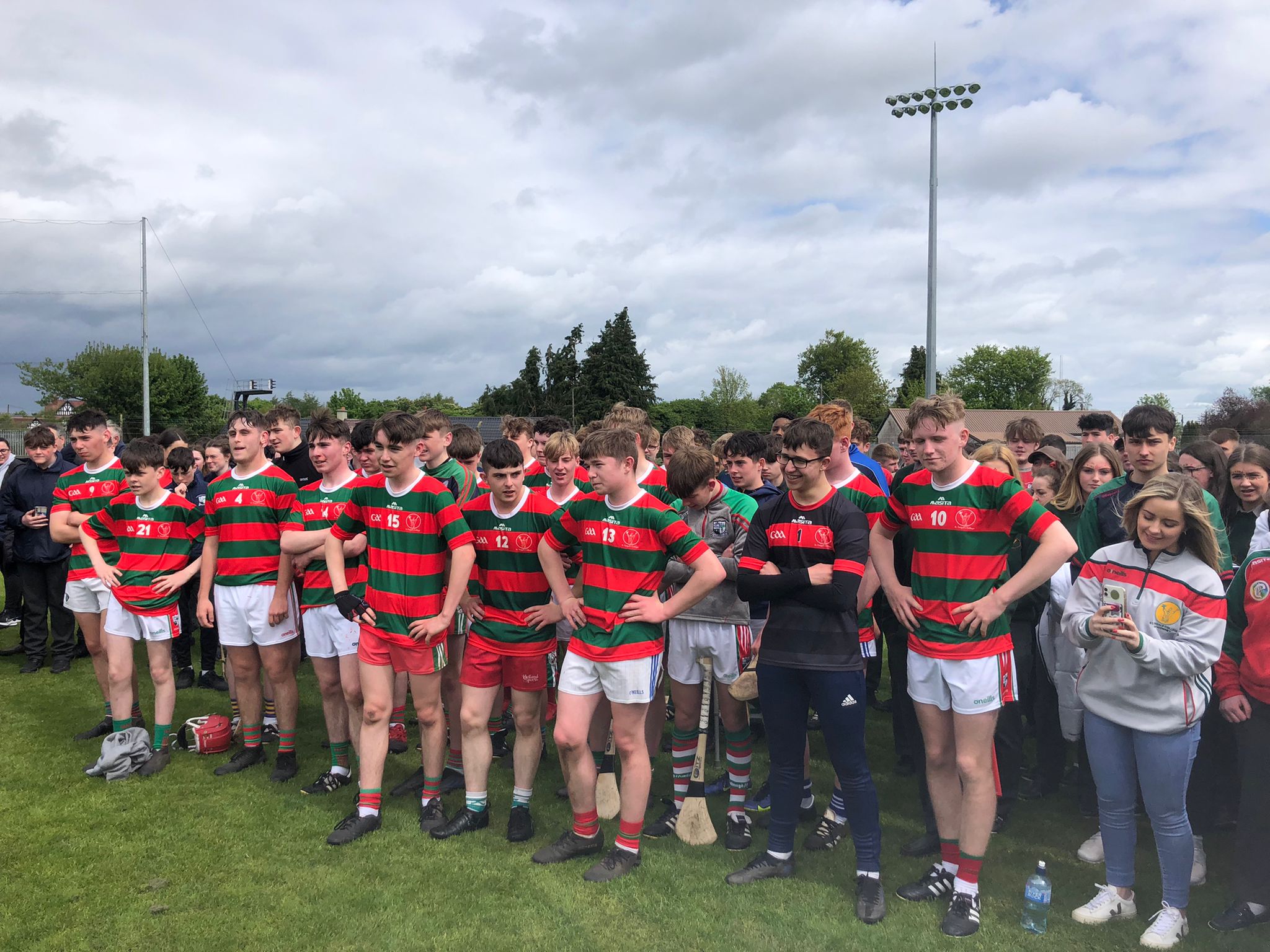 Kyle Ennis’ ninth point made it a three point game with 55 minutes on the clock but St Fergal’s continued to chip away.

Darragh Ryan converted a free while the excellent Evan Cassin scored from play before Coss slotted over a monster free from inside his own half to level the game.

St Fergal’s had also introduced Eoin Bracken at this stage and he made a real difference – winning a number of balls in the full forward line and being fouled for two frees that were scored.

In the end, Hogan and Bracken forced the ball to Evan Carey and his shot from 30 metres out sailed over the bar to give St Fergal’s the lead.

Boyne were given two chances to draw the game but the St Fergal’s defence stood firm and they claimed the cup. 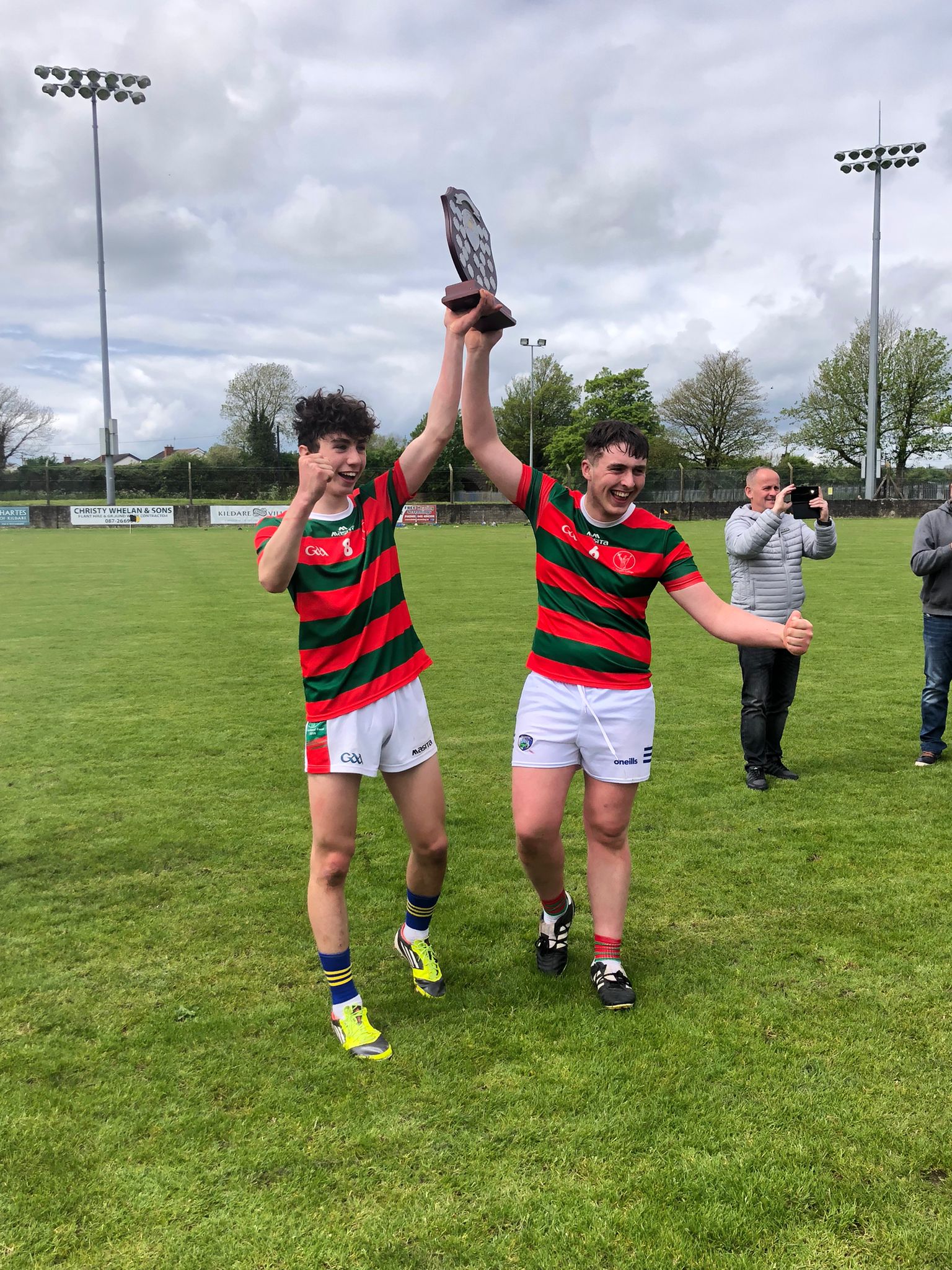