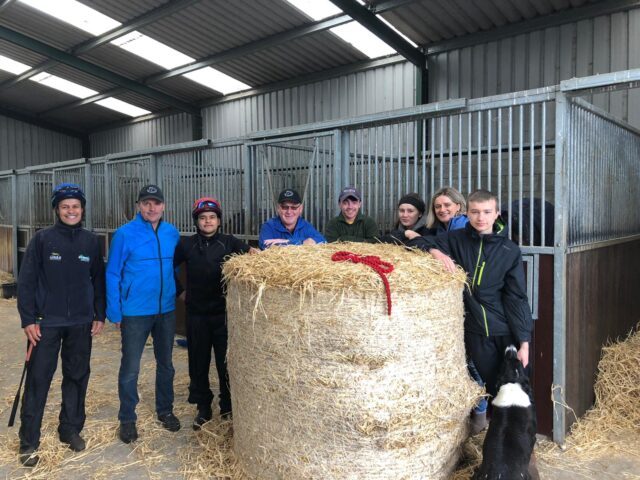 A Laois horse racing trainer has made a very good start to the flat season with four winners recorded already.

Kieran Cotter, the Portarlington-based trainer, has a 19% strike rate with four wins from 21 runners in 2022.

He got off the mark at the end of March when Lord Dudley won the five furlong Smooth Daddy At Compas Stallions Handicap in Naas.

The 11/2 shot soon led with 7lb-claimer Jake Coen in the saddle and came under a drive in the final quarter of a mile as Breaking Story came with his challenge.

He was game in the final furlong as he was ridden out to see off a keeping-on Mickey The Steel (8/1) by half a length and claim the €7,500 first prize.

Cotter was back in the winner’s enclosure on April 12 following a race in Dundalk.

On Bank Holiday Monday on May 2, a newcomer made the headlines for Cotter.

The daughter of first-season sire Sioux Nation, fitted with cheekpieces, was quickly into stride and made all to scoop the €15,000 prize.

While Cotter’s most recent success came last Friday as Lord Dudley entered the winner’s enclosure once again – this time in Cork.

Rising star Jake Coen was to the fore throughout on Lord Dudley and asked the 12/1 shot for an effort passing the two pole.

The Pride Of Dubai gelding found plenty in the closing stages as he edged the verdict by from Blairmayne in a tight finish.

Cotter is set to be back in action this weekend as Matilda Picotte goes to Naas on Sunday.