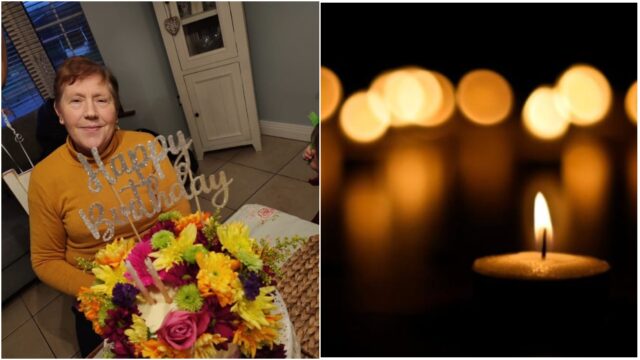 The death has occurred of Theresa Tynan (nee Larkin) from The Heath.

Theresa was very well-known in Portlaoise and the surrounding areas where she worked in both Jim’s Country Kitchen and later Tynan’s at the Storeyard for a number of years.

She was a kind and guiding influence on many of the staff, particularly new and young recruits, and always had a welcoming word for the many customers over the years.

Theresa passed away suddenly after a short illness bravely borne.

She is pre-deceased by her husband Stephen, parents William and Elizabeth Larkin and her brother John Larkin.

Reposing in the home of her daughter Mary and her husband Kevin (R32HWN5) on Wednesday for family and friends.

On Wednesday evening from 5pm all are invited to visit recital of the rosary at 9pm. Family time on Thursday morning. Removal at 11.30am to The Church of The Assumption, The Heath arriving for Requiem Mass at 12 noon. Burial after in the adjoining cemetery.