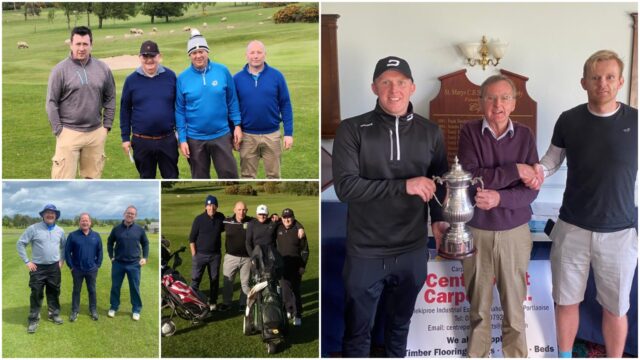 The John Duggan Memorial Cup was the prize up for grabs as more than 70 golfers teed it up in The Heath Golf Club last week.

He sadly passed away last year and in order to honour his memory, the organisers of the golf society decided to name the trophy after him.

The Cup was played for firstly in 1994 and the last one played in 2012 before that drought was ended last week.

In the end, Frank Sheehan came out on top – his fourth time to win in the Past Pupils Society.

Kevin Sheehan is Captain of the society this year and he thanked everyone who helped make the day a success.

Kevin said: “Conditions last Friday were tough starting off but they improved as the day went on – so John was definitely smiling down on us.

“The day was a real success and I’d like to thank all of our sponsors – Pippa’s Parlour, The Maldron, Centrepoint Carpets
Shaun Tobin, Browns Off Licence, Coco’s Superstore, Downey’s Centra, Coolwood Carpentry, Mulhall’s SuperValu and First Choice Tiles and Bathrooms.

“I’d also like to thank De Bruns @ Humes who refurbished the cup and allowed us to host the presentation in their pub afterwards.

“Finally I want to thank Deirdre in The Heath for the wonderful food and Billy O’Connor who had the course in immaculate condition.

“As there is such a high level of interest in the society, we have decided to run a second event this year.

“The Captain’s prize will take place in September – with a date to be confirmed in due course.”

Check out all the results below and also some great pictures: 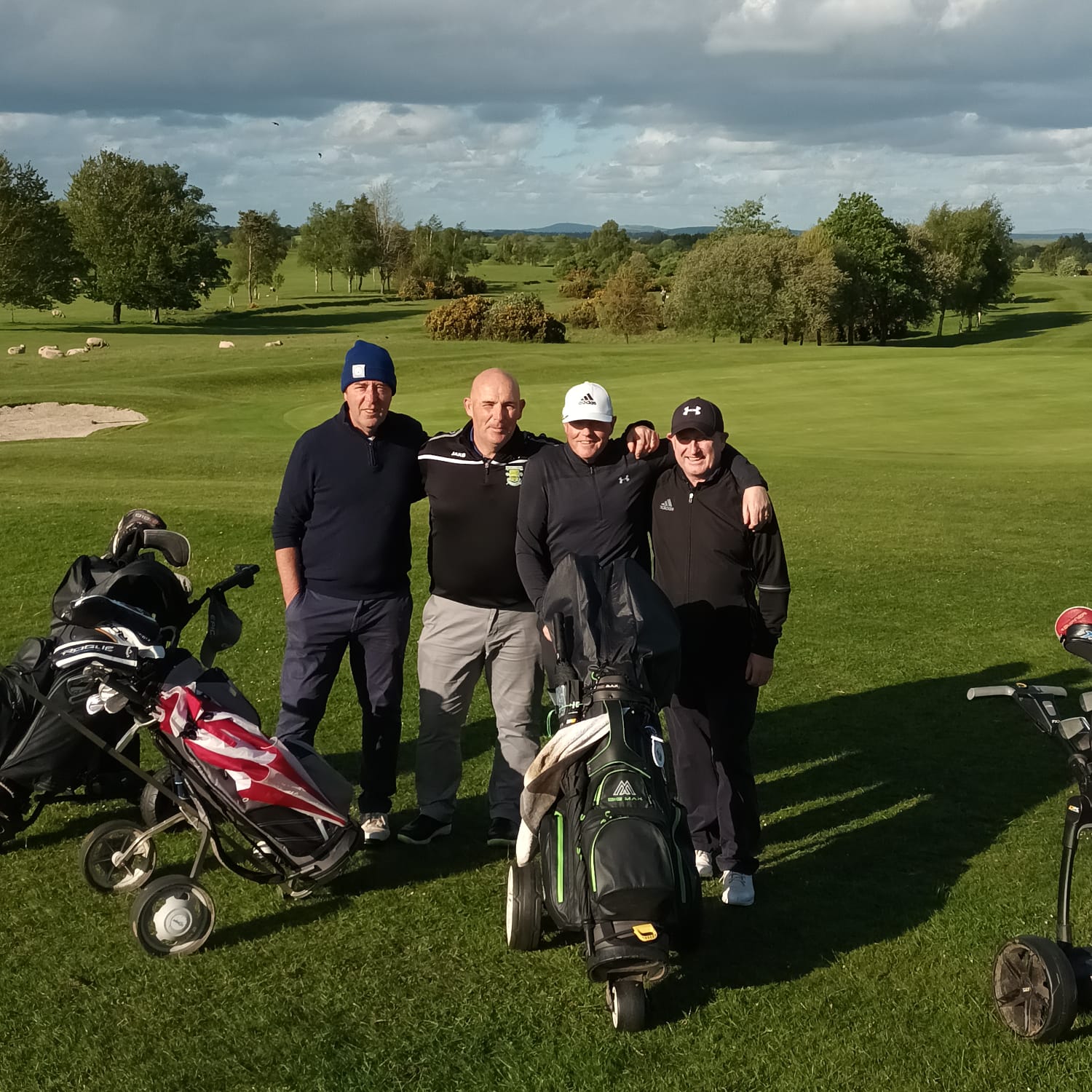 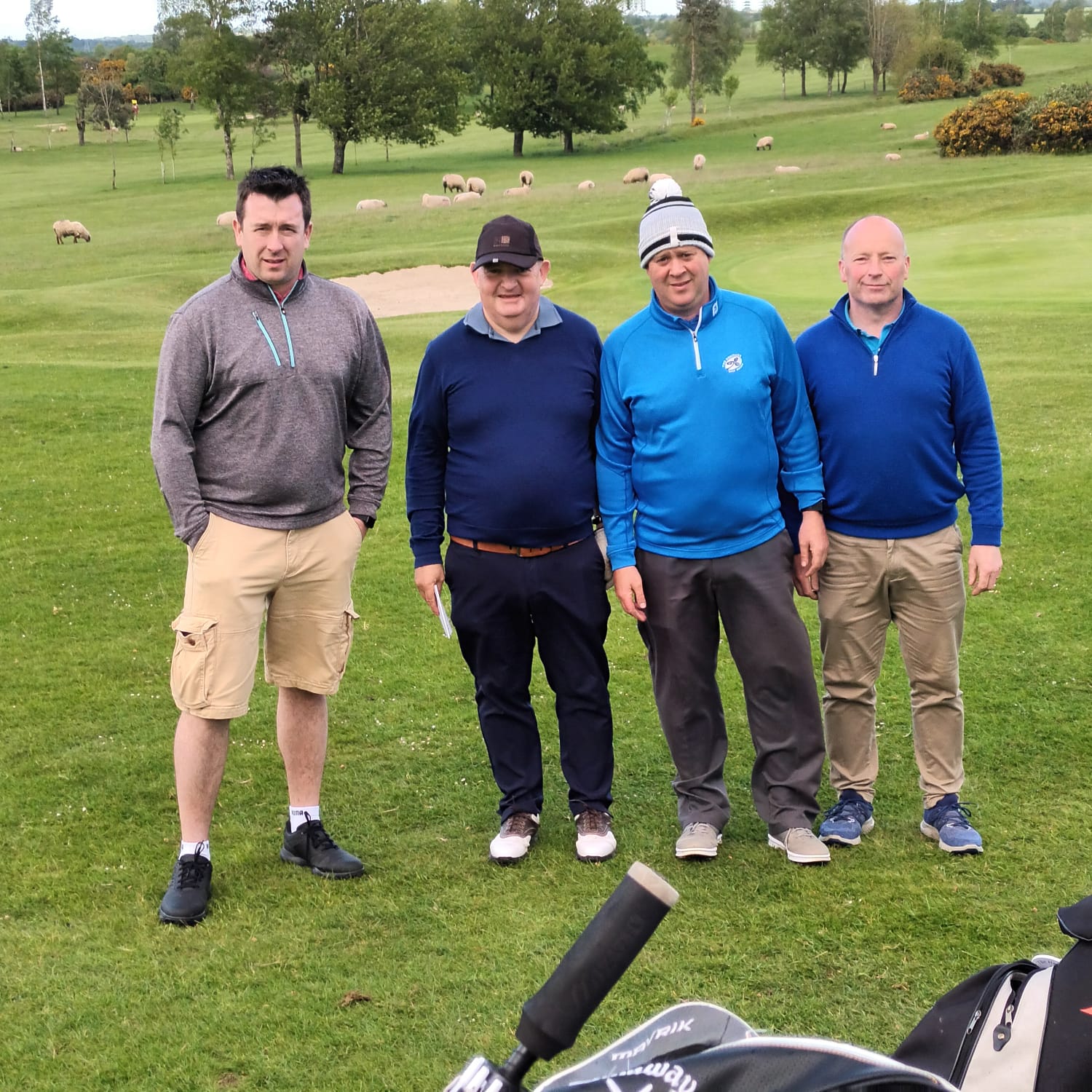 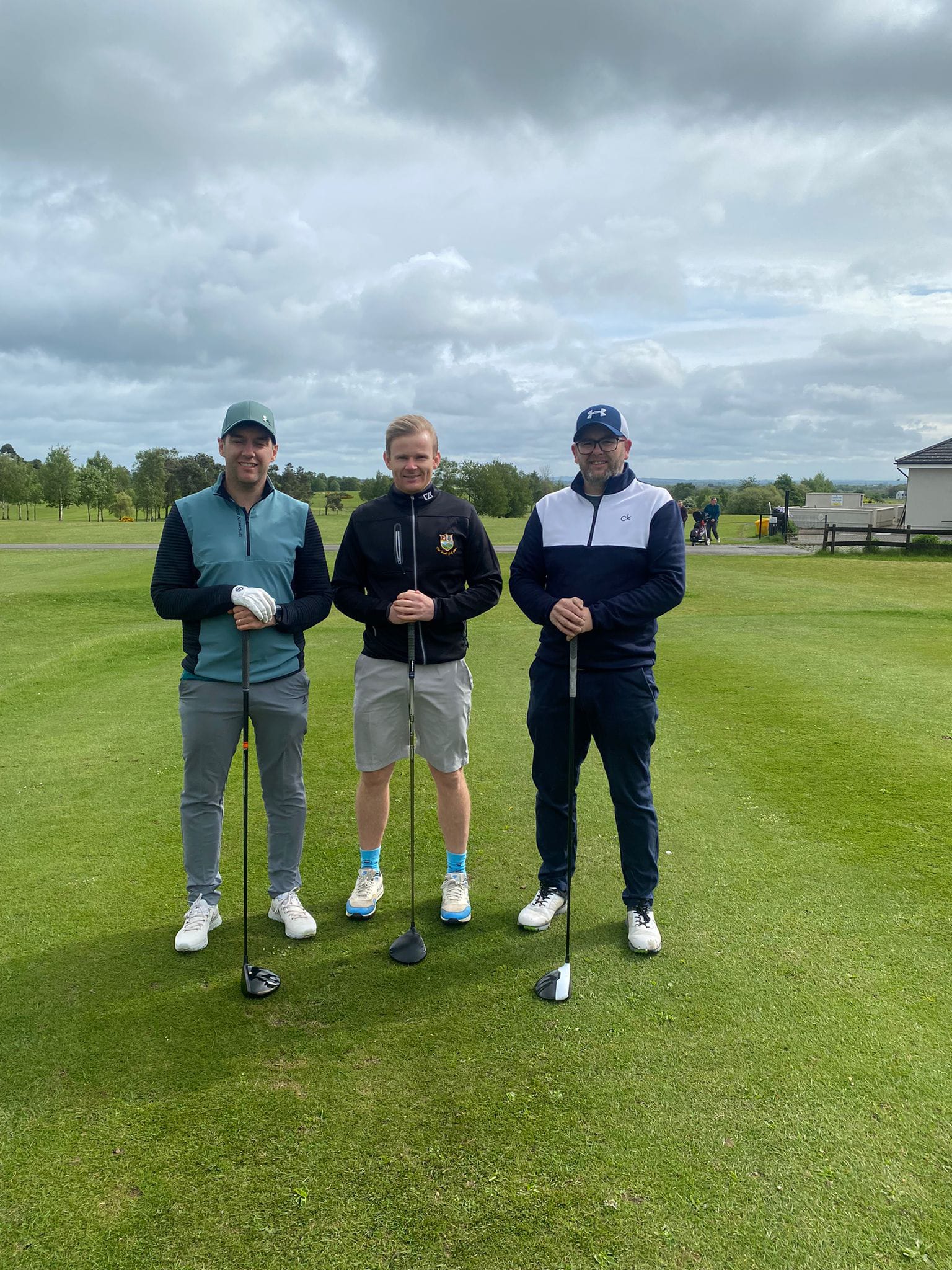 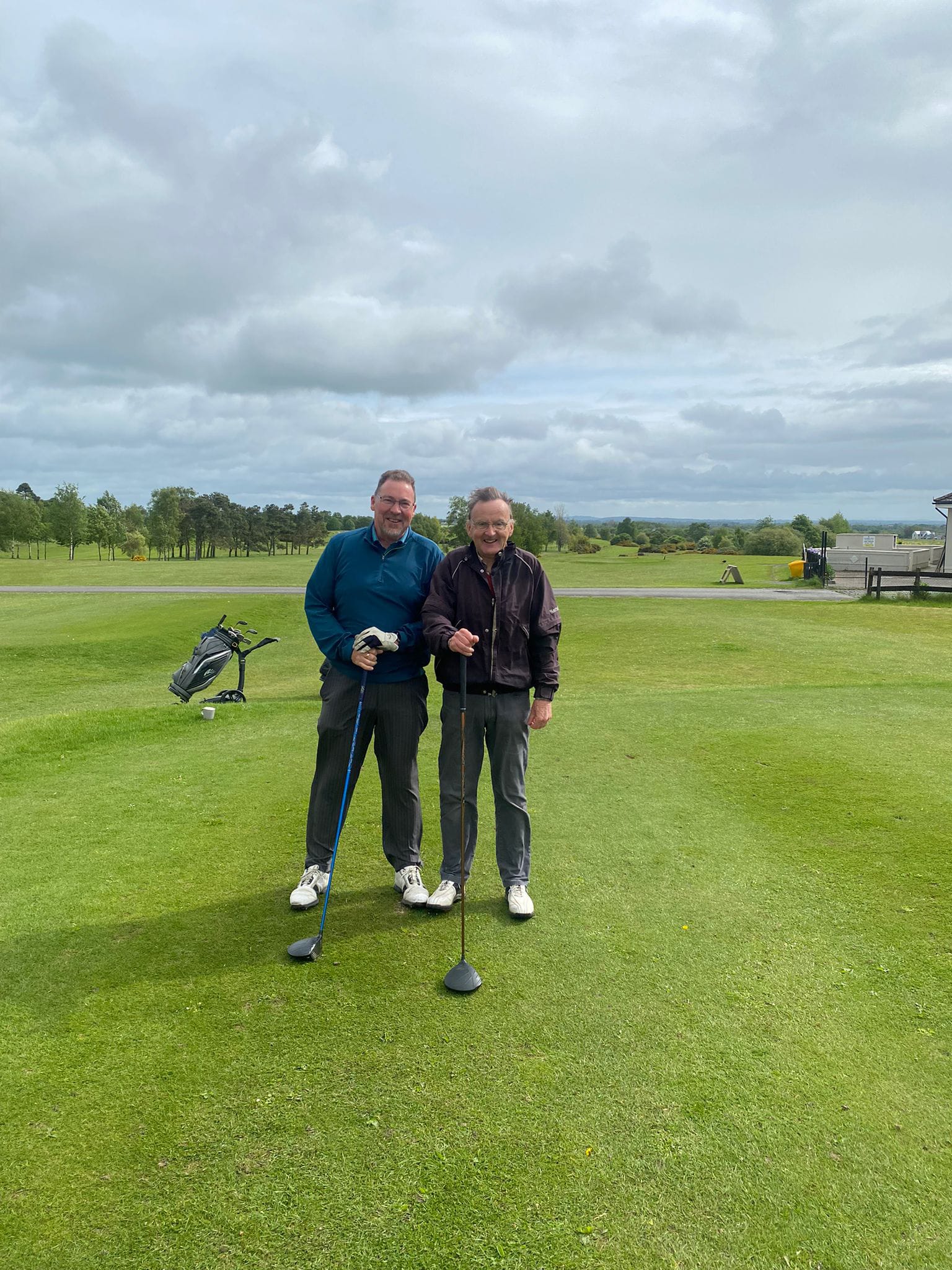 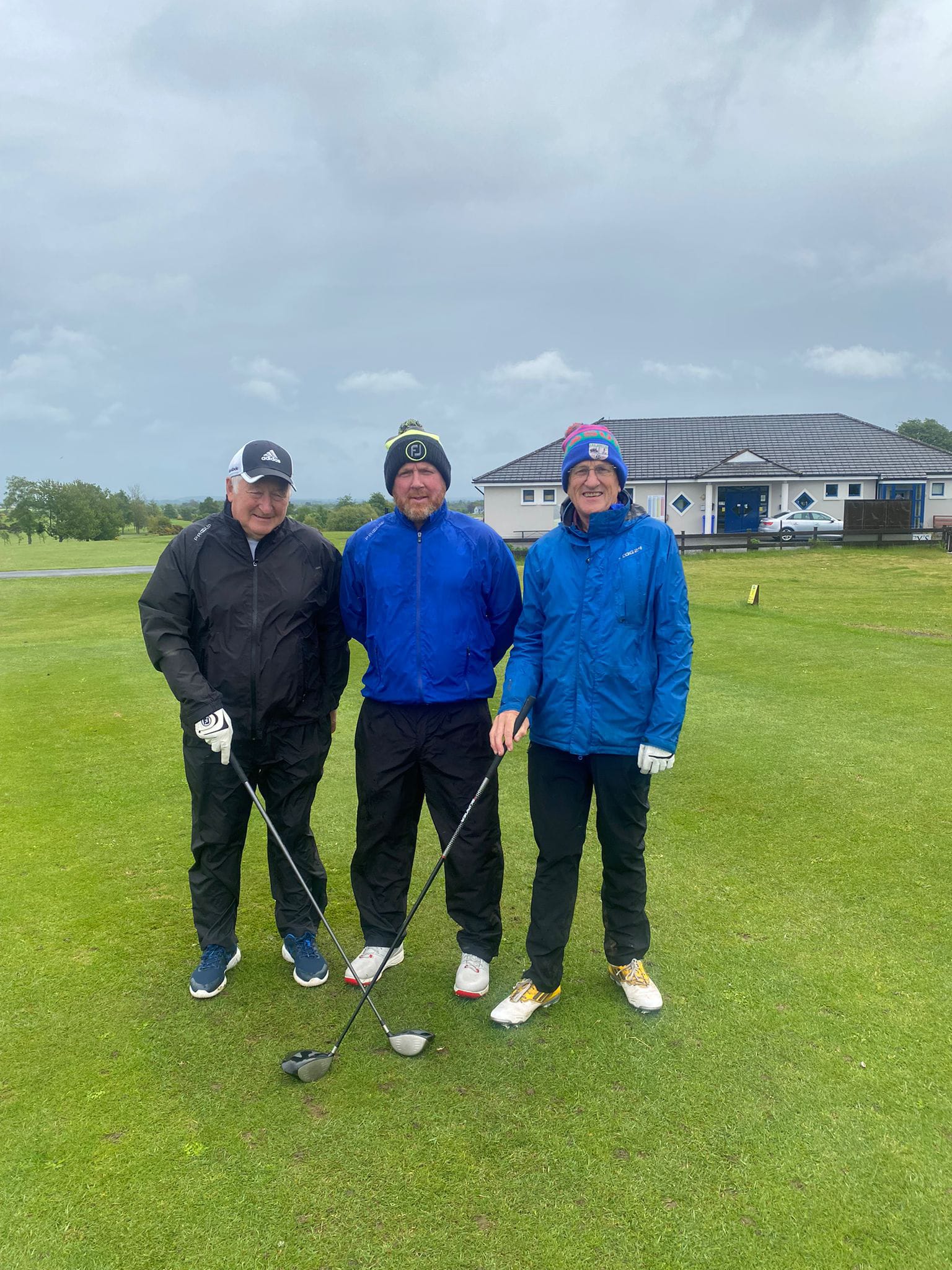 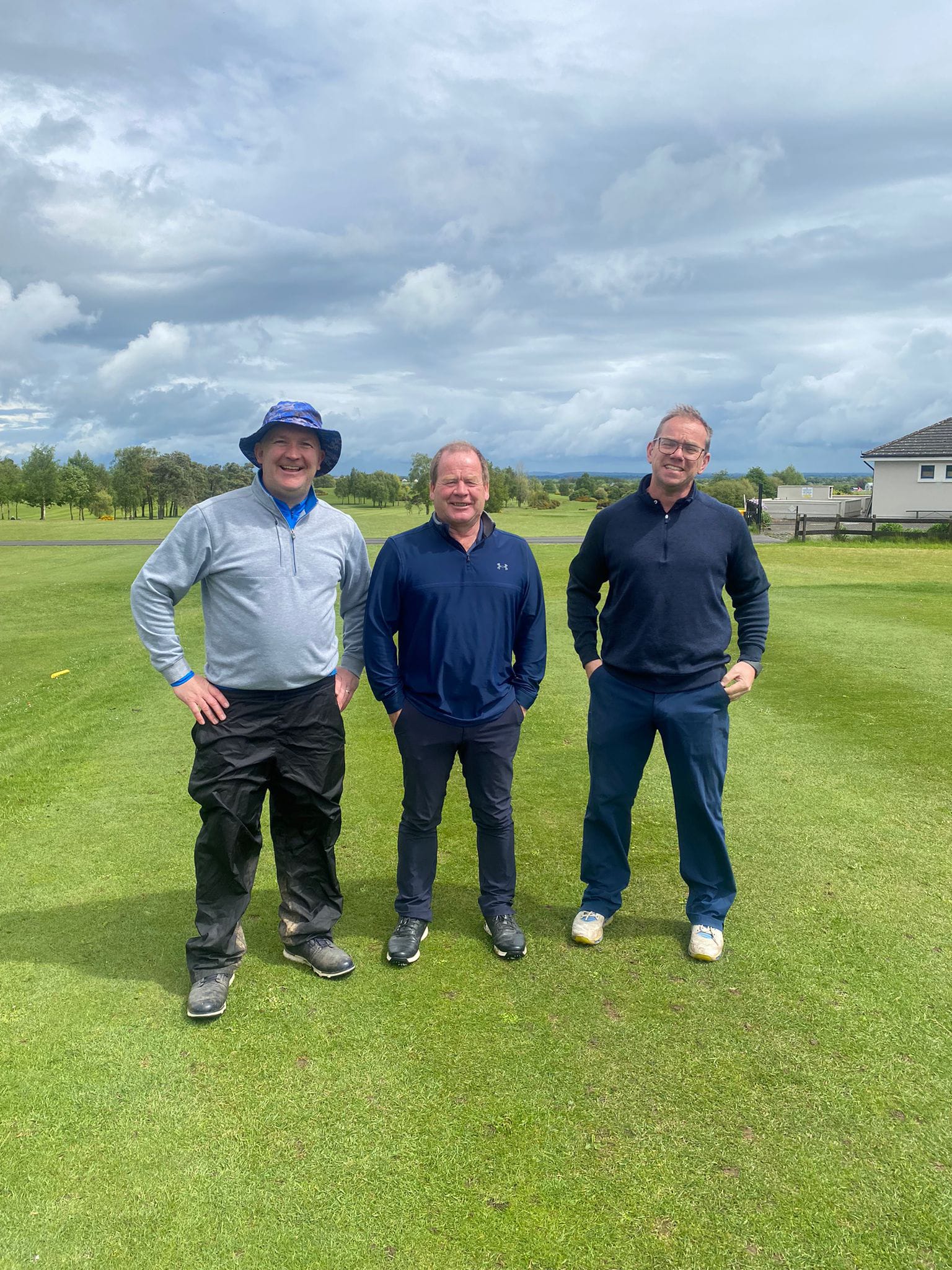 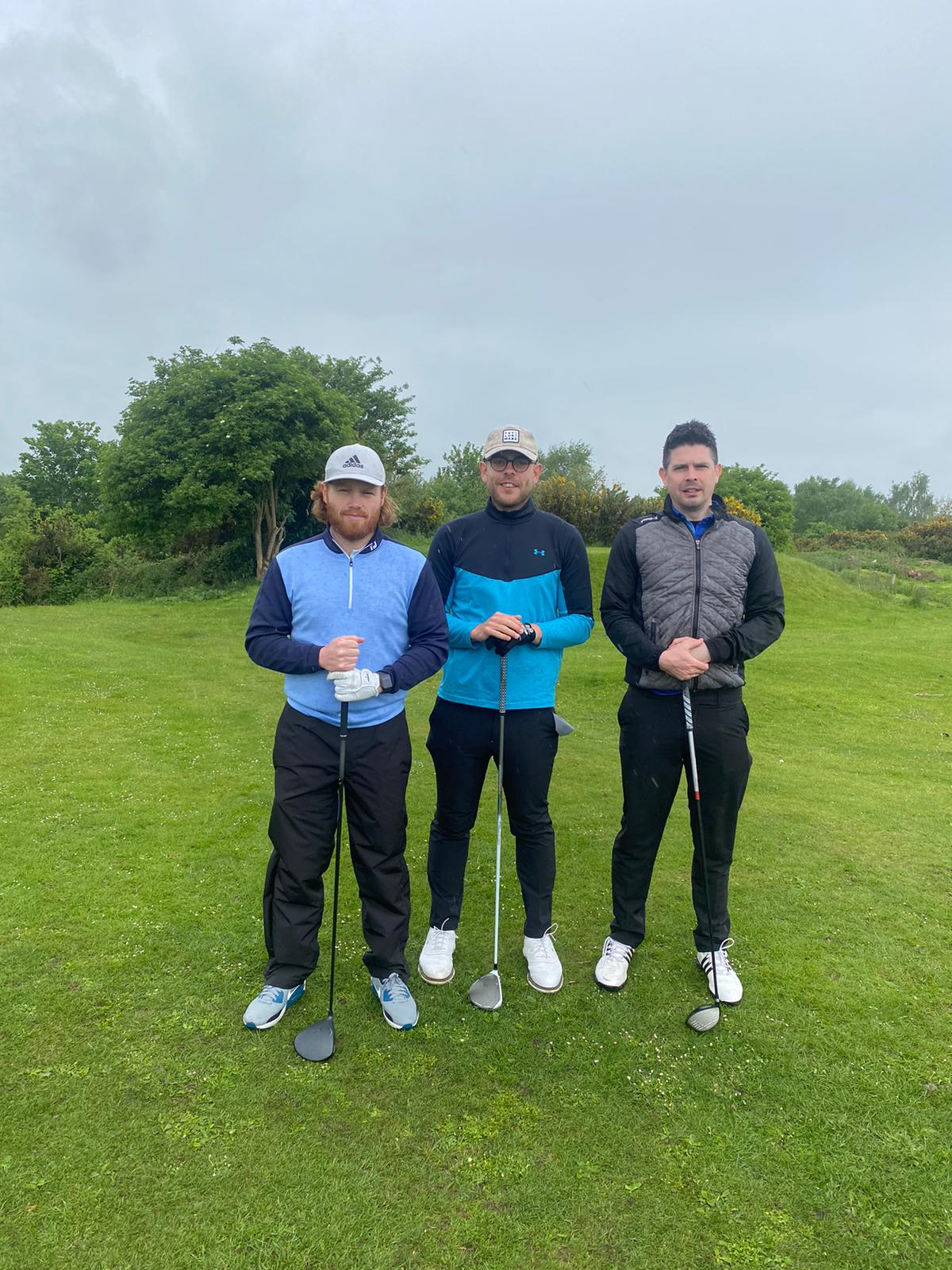 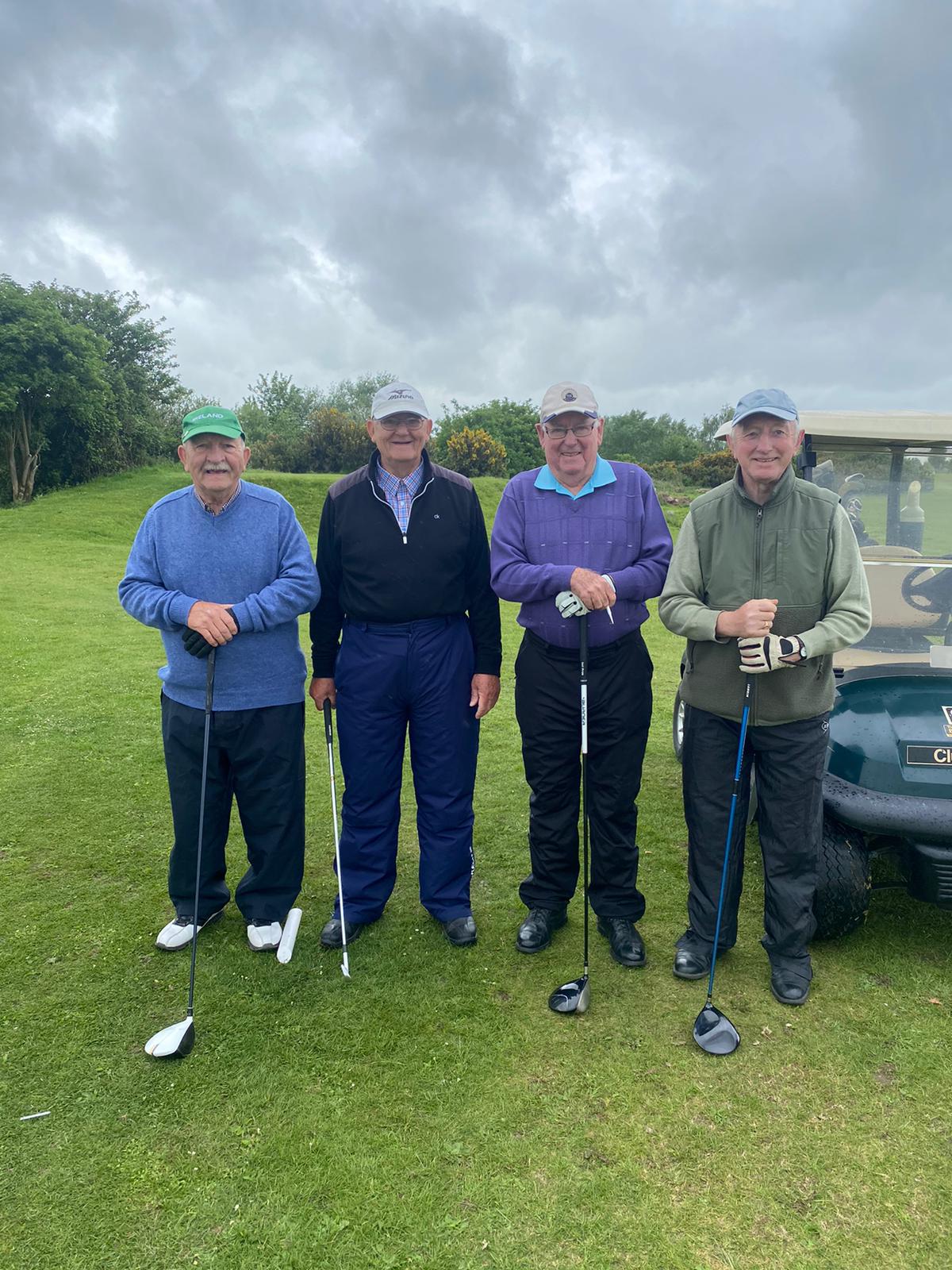 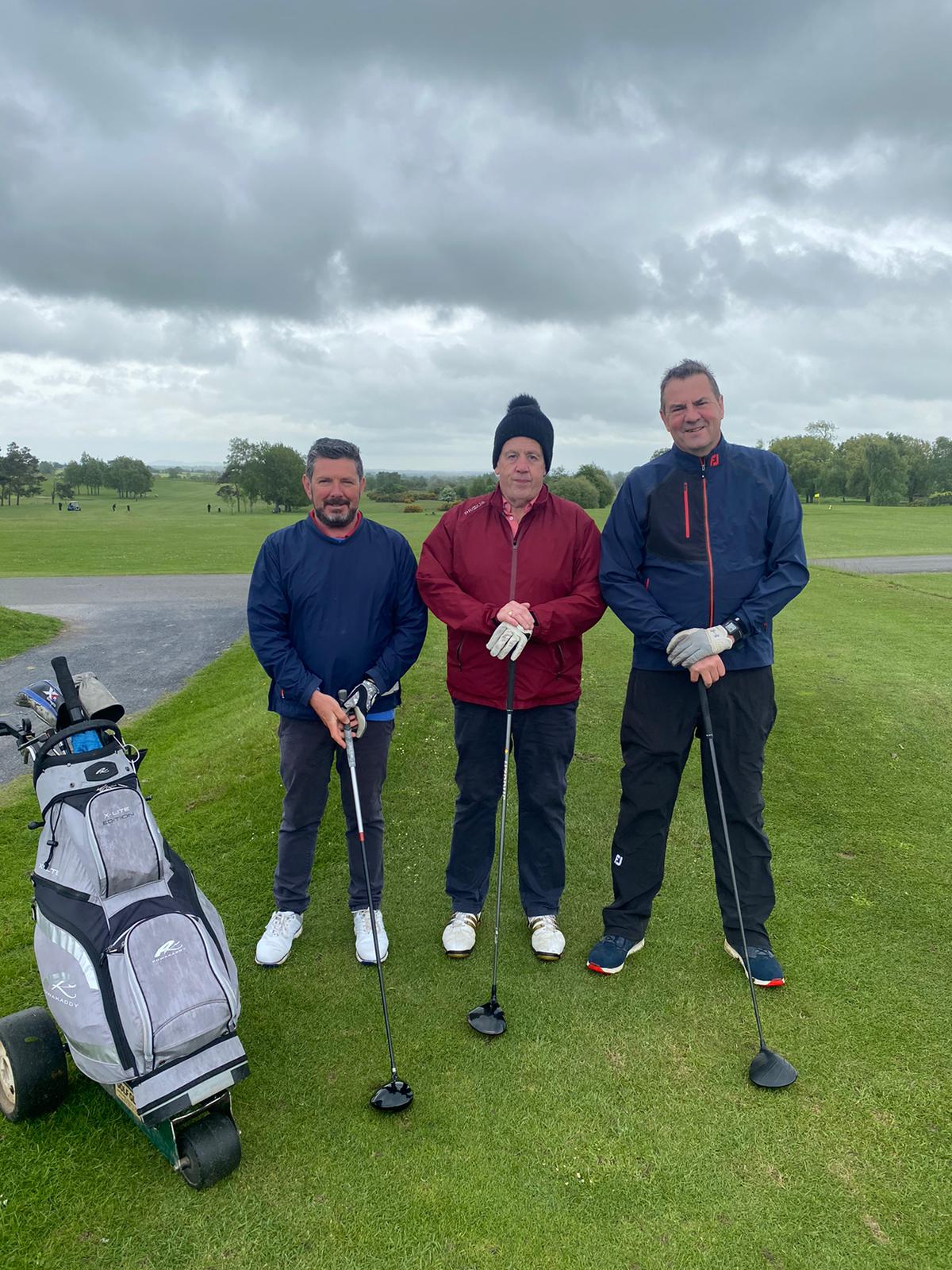 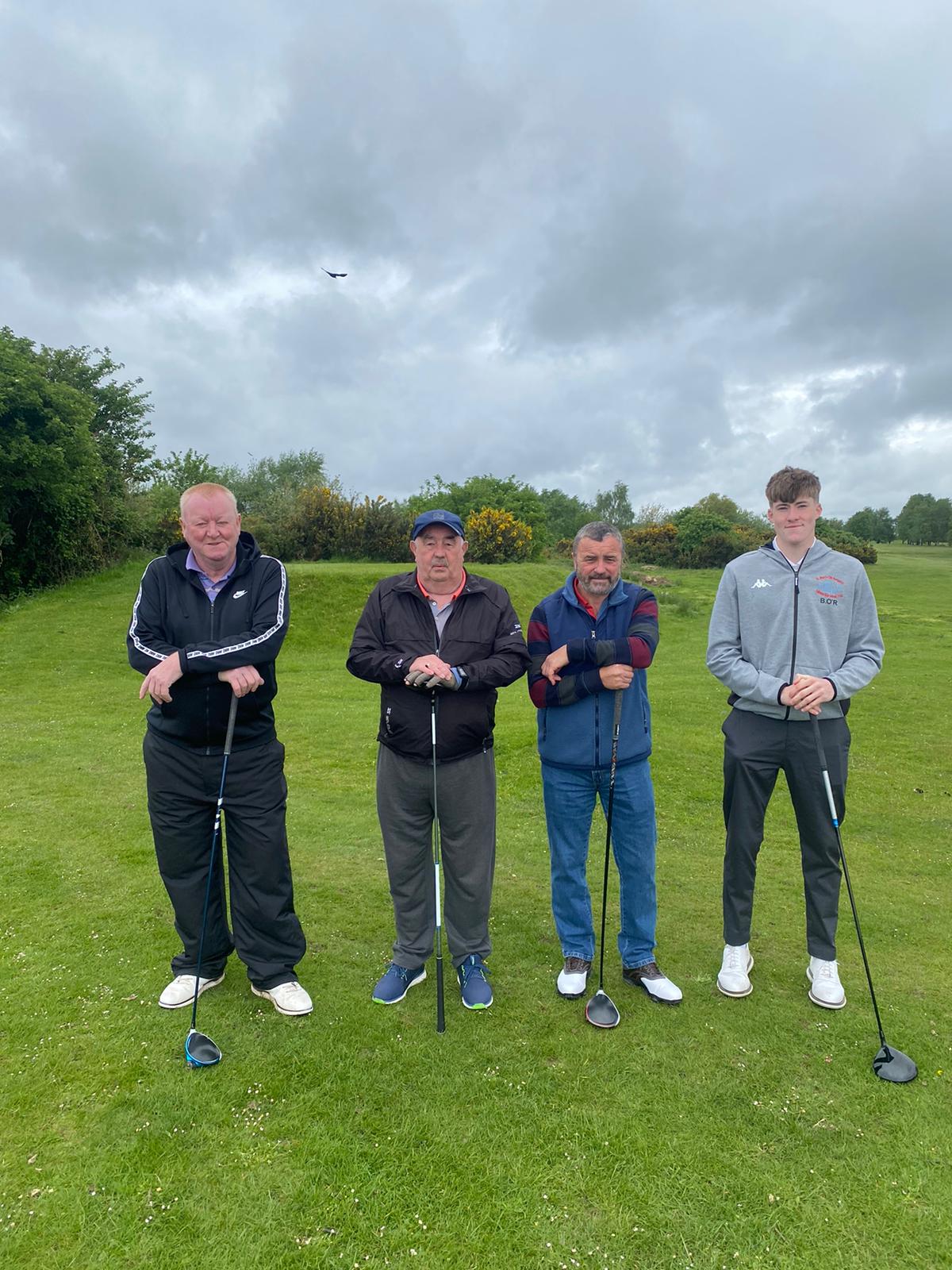 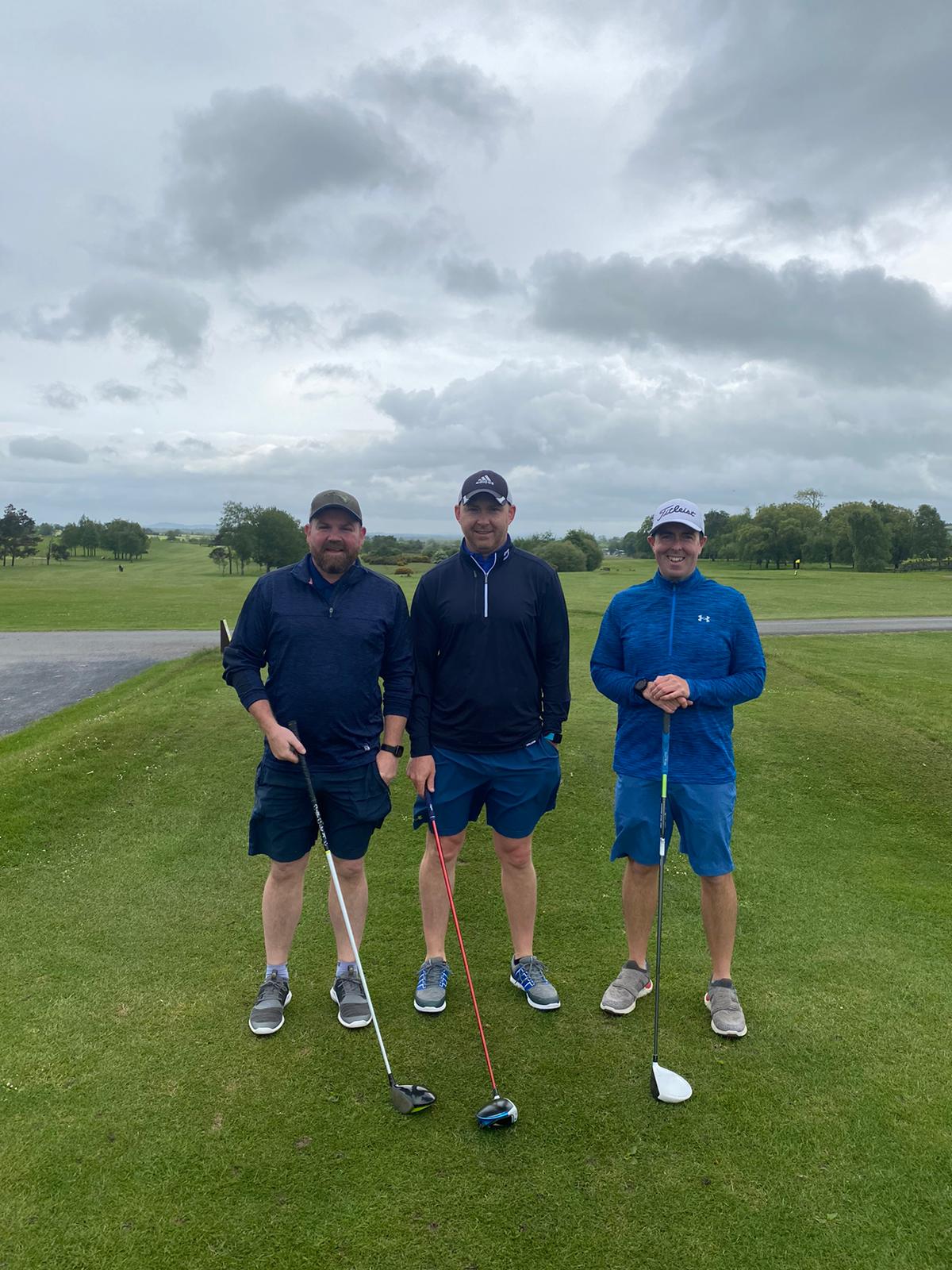 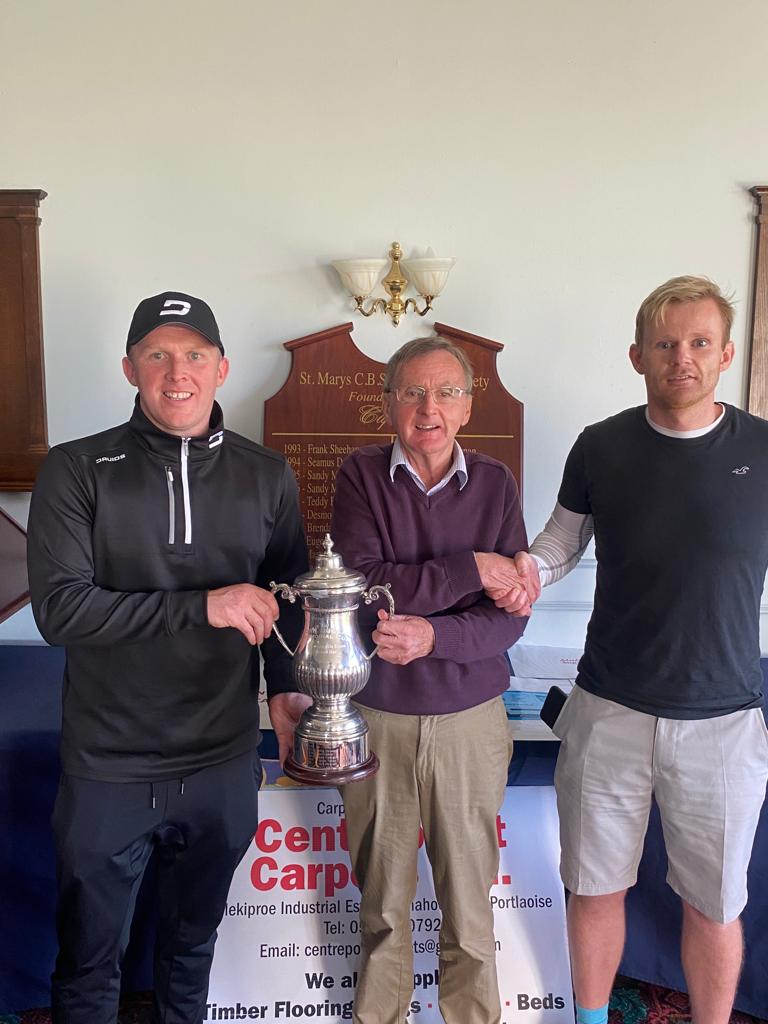