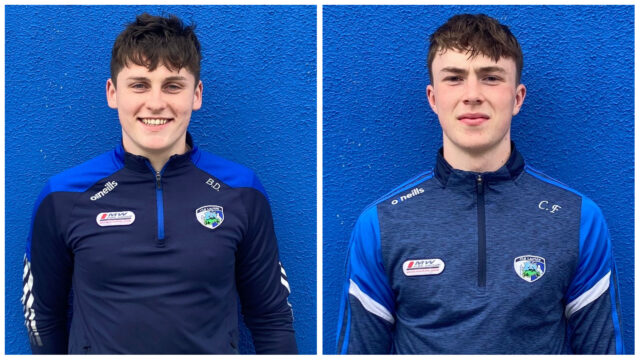 The Laois minor hurlers enjoyed an incredible championship campaign – and two of them have been named on the national team of the year in recognition of their exploits.

It is the equivalent of the All Stars for the minor grade.

Ben Deegan from Camross, who finished as the championship’s top scorer, is named in attack while Ciarán Flynn, the team’s vice captain from The Harps, is listed at corner-back. Flynn was a colossus at full-back for Laois all season.

Laois reached the Leinster final for the first time since 2012 following a first championship win since the 1960s over Kilkenny.

The Leinster final was an incredible experience, played on a Monday night in May in front of an official attendance of 12,487.

Laois later lost narrowly to Galway in the All Ireland series before their campaign was ended by Clare in Ennis.

Beaten All Ireland finalists Offaly lead the way with four players named, including the season’s player of the year, corner-forward Adam Screeney.

Champions Tipperary also have four players named while semi-finalists Galway have three, and the other semi-finalists Clare have two, the same as Laois.