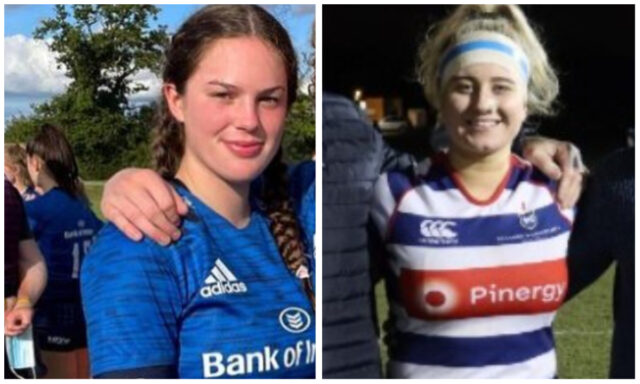 Irish Women’s Rugby history will be made this weekend – and two Laois players are set to play a part in it.

Ireland are about to commence their first ever summer tour for the women’s team on Saturday.

They face Japan at Ecopa Stadium in Fukuroi City with the game set to kick off at 11am Irish time and will be shown live on TG4.

Portlaoise native Emma Hooban and Kilcavan’s Leah Tarpey have been named on the bench.

Hooban will be line to make her 12th appearance when introduced from the bench while teenager Tarpey will be in line for a first ever cap.

Both players are attached to Leinster with Hooban representing Blackrock College at club level while Tarpey plays for Tullamore.

Tarpey is part of the Women’s National Talent Squad and first trained with Greg McWilliams’ national panel back in February.

She then further impressed during the summer programme, earning her opportunity in green this weekend.

Tarpey played with the Laois Ladies last year but stepped away this season to focus on rugby.

Speaking ahead of the game, McWilliams said: “Our extended squad of 51 players have worked incredibly hard all summer and we have got through a really pleasing body of work since arriving in Japan last Friday.

“The players have adapted brilliantly to difficult conditions and it has been a good week of preparation for us.

“It is a hugely exciting time for everyone involved in the programme as we prepare to face Japan in these two summer Tests and for us, it’s all about hard work, development and opportunity.

“With that in mind, it is exciting to include a number of young players this weekend and we are all looking forward to seeing them pull on the green jersey having worked so hard over the last couple of months.

“Saturday marks another important staging post on our journey as a group and we will come up against a really strong Japan side who are finalising their preparations for the Rugby World Cup.

“We will learn and grow through this experience and that is invaluable for us.”

SEE ALSO – In Pictures: Camogie memories with Anna May as Ballylinan crew gather for reunion