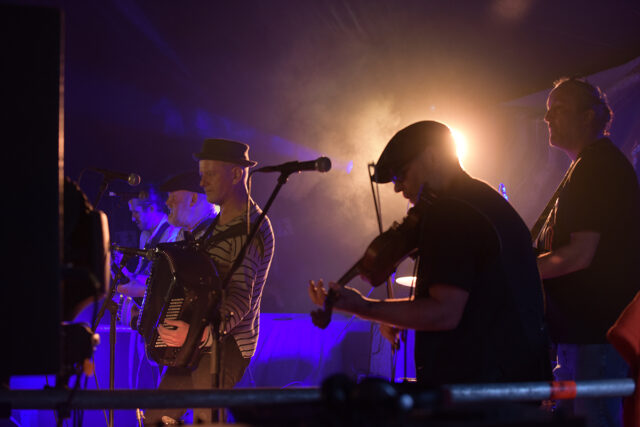 Laois band The Outcast Crew have just released their latest single ahead of their Electric Picnic performance next weekend.

‘Wait ’till the Sun Goes Down’ is the third single to be taken from the band’s debut album ‘Myths & Yarns’ which was released exclusively through Los Angeles licensing and publishing company ‘Songs to your Eyes’.

It was voted in the Top 20 new albums of 2021 and best debut album by Celtic punk blog ‘London Celtic Punks’.

The Outcast Crew will be performing on the Spike Island stage at Electric Picnic on Friday next, September 2.

They will also be playing a double header with XSLF at Kavanaghs Venue, Portlaoise on Friday, September 23.

You can watch the video below.

SEE ALSO – Fr Paddy – Together we are stronger