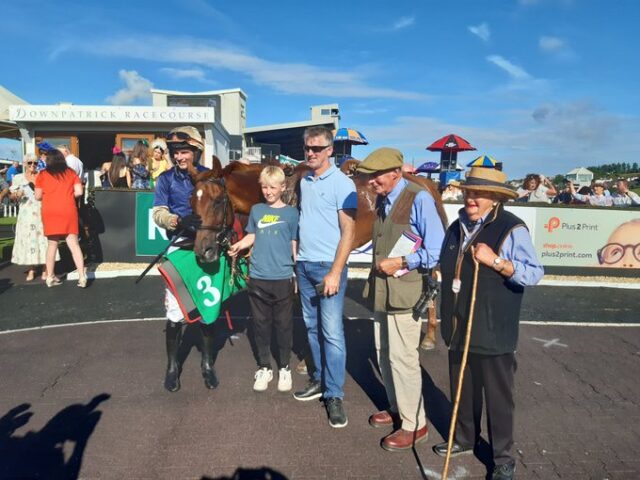 There was a big win for a Laois trainer and an owner with strong Laois connections in Downpatrick on Monday.

The 4.45pm Downpatrick Handicap Steeplechase went to Shantou Sisu – trained by The Heath based Billy Lanigan.

This was Mr Lanigan’s first winner of the new season and the horse bolted up at odds of 5/1.

He was given another confident ride under Danny Mullins and led at the third last.

He was three lengths ahead at the final flight when he made a slight mistake that set up an interesting finish.

Zagnzig lunged after him but Shantou Sisu held on to win by 3/4 of a length.

He said: “Danny Mullins rides him very well. He’s a very nice horse and is tough and genuine.

“He’s the same in his work at home, he tries every inch of the road.

“He’d sooner have a bit of dig in the ground. We might look at Listowel if there was a suitable race for him.”