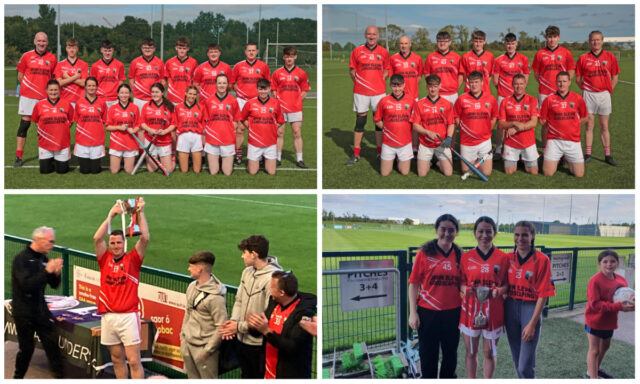 It takes a lot to win an All-Ireland final, it takes something greater to win two All-Ireland titles in your very first year in an adult competition.

This was the case last Saturday, where Emo rounders triumphed in Abbotstown, Dublin, where they secured the Junior Mixed Rounders title along with the Intermediate men’s title.

After years of success at underage level, Emo now announced themselves on the adult scene this season in some style and will play senior men’s rounders next year and intermediate mixed and will be a team to look out for.

First up last Saturday was the turn of the Junior Mixed final which was probably the closest final of the weekend.

The predictions were that this was going to be a very close game and that was the case. Emo and St. Senans of Limerick had got to the final with relative ease and had never played each other before in any competition.

Fielding first, Emo led 3-0 after the first innings thanks to some clever batting and sharp fielding. Emo were held scoreless in the 2nd innings and only scored one run in both the 3rd and 4th innings.

This was to be the final score as St. Senans failed to score in the last innings meaning Emo didn’t need to bat last inning securing their first title of the day.

The final showcased excellent batting and fielding throughout the game from both sides and very few mistakes made.

With the mixed team having claimed All-Ireland glory earlier in the day, it was now the turn of the men’s team to go for gold. Emo now faced Michael Glaveys of Roscommon.

Emo knew their opponents this time having played them in the group stages earlier in the season and being lucky to win by one run.

Although a tough game was expected, to the surprise of many, Emo found themselves losing 8-1 at the end of the 3rd innings and looking down the barrel of defeat.

Emo finally seemed to wake up and only let Glaveys score one run in the 4th while scoring 5 runs themselves. The score now stood at 9-6 in favour of Glaveys going into the 5th.

Clever batting from Glaveys saw them lead 14-6 with Emo coming into bat at the bottom of the 5th. It looked like Emo were in real trouble.

However, Emo came roaring back and scored 19 runs to turn the game on its head exploiting the misfortunes of the Roscommon bowler with the highlight of the innings was a hit from Brochan O’Reilly who got three home and himself to third base to give Emo a commanding lead.

The score line was now 25-14 in favour of Emo. In fairness to Michael Glaveys though, they never gave up. However, Emo closed out the game on a score of 34-23 to become All-Ireland Intermediate Men’s champions.

The man and the brains behind rounders in Emo, Michael Slevin was proud of the wins and put it down to the hard work of the players.

He said: “This has been a great season for Emo’s adult teams in their first competitive season, with the ladies losing narrowly in their All-Ireland semi-final.

“This success is down to all the Emo adult players and their dedication to training and willingness to listen and give their best.

“The players are already planning for and looking forward to next season where hopefully, more silverware can be claimed.”

Also, a huge congratulations to Brochan O’Reilly who was named the Intermediate men’s All-Star for the season. 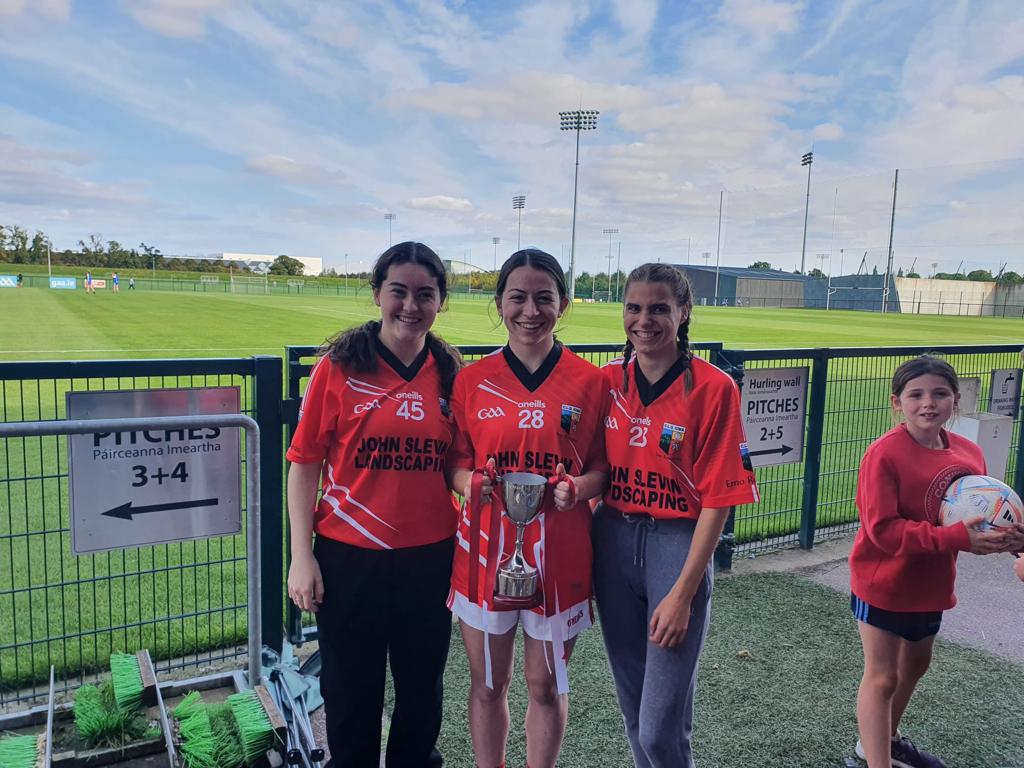 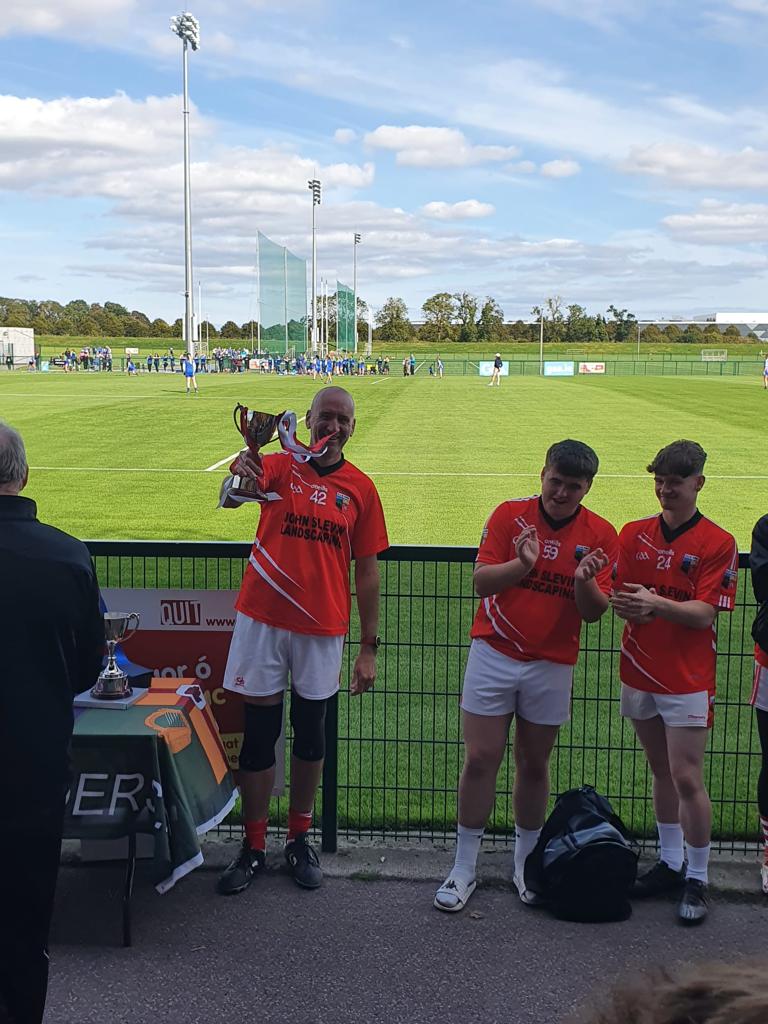 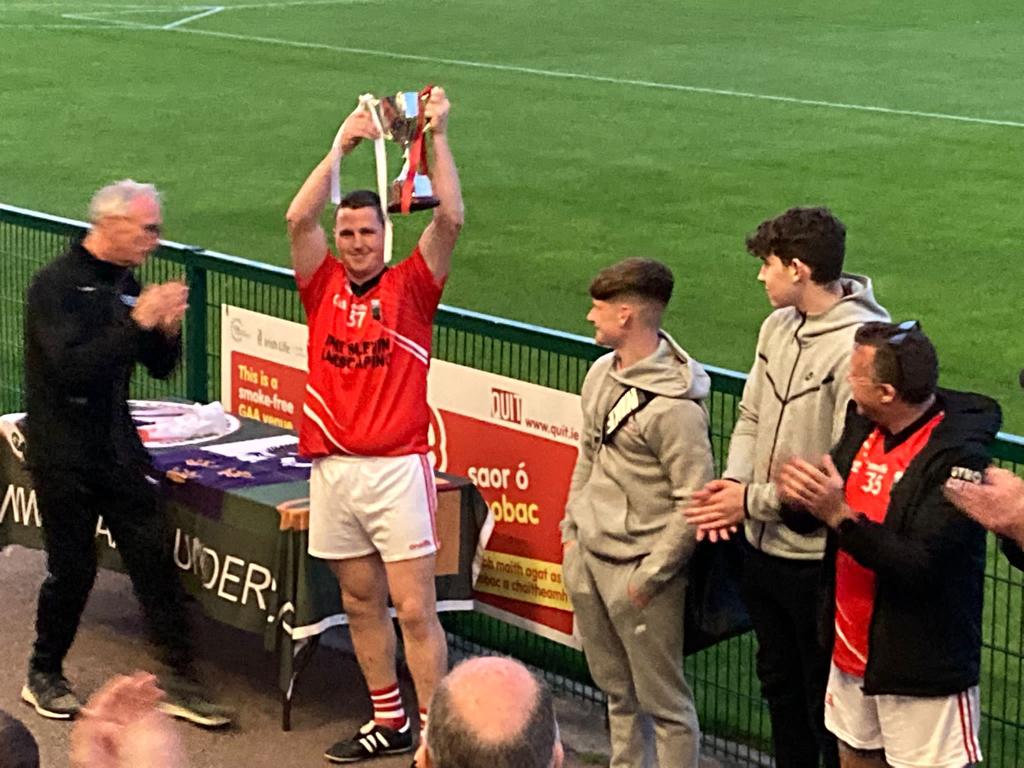