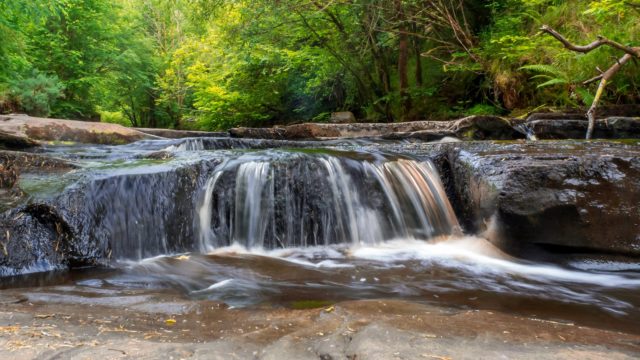 A new carpark at the very popular Glenbarrow amenity in the Slieve Blooms has moved a step closer following confirmation by Laois County Council that they are signing a long-term lease on land adjacent to the existing carpark.

Edmond Kenny, an engineer for the Borris-in-Ossory/Mountmellick Municipal District, told a meeting in Laois County Council today that there will be space for 60-70 cars.

The update came following a request for information from Cllr Seamus McDonald, who is from nearby Rosenallis.

“The council has engaged with the owner of lands immediately beside the existing car park at Glenbarrow and are in the process of signing a long-term lease agreement for the site that will allow the council to commence construction,” said the written response from Adrian Barrett from Laois County Council.

“It is expected that the lease will be signed before the end of September and the council will be in a position to commence works in early October.”

Though no timeline was given for when the carpark will be completed, this will be a considerable boost given the popularity of Glenbarrow and the number of walkers that visit there, particularly at weekends.

The relative lack of carparking and the narrow approach roads have long been an issue of frustration.

The update was warmly welcomed by all the councillors in attendance.

Separately, a motion from Cllr Conor Bergin called for the Council to address the traffic congestion/speeding issues at the Ridge of Capard, another popular Slieve Bloom spot just a short distance away from Glenbarrow.

“The Ridge of Capard is one of our greatest assets and like every small narrow roads, it can lead to congestion,” said Cllr Bergin.

“It is a residential area and while there is ample car parking space at the Ridge, they are small roads leading into it and we need awareness of that.”

Edmond Kenny told the meeting that he would meet Cllr Bergin at the side to examine the area of concern.