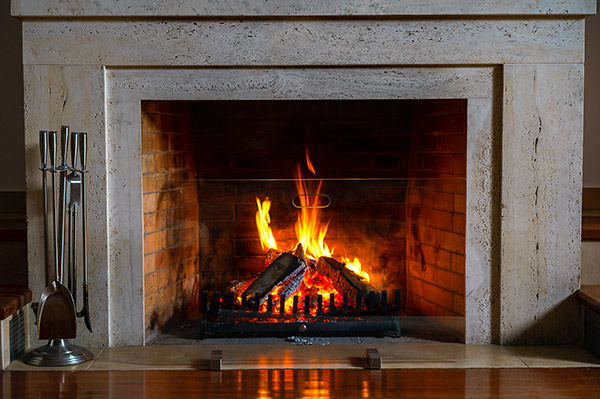 Laois County Councillors have called on Minister for Environment Eamon Ryan to update building regulations in order to allow for solid fuel heating in new homes.

The motion was put forward at a recent meeting by Fine Gael Councillor Willie Aird.

While it is not illegal to install these systems in new homes, the regulations relating to energy efficiency make it extremely difficult.

Many new houses are built without chimneys to reach the high BER energy ratings under planning rules.

That invariably means that these homes must be heated by gas rather than coal or turf and Cllr Aird fears for the future as the price of gas continues to spiral.

He said: “We do this talk about stopping all turf cutting and burning wood but I don’t believe it will happen. We are all buying smokeless coal and timber.

“Gas has gone through the roof, what is going to happen? You will never be cold if you have a fireplace. All you have to do is buy a bag of turf or wood and you’re warm for the night.

“If you don’t have a gas card, who do you turn to? St Vincent de Paul? Other than that you’re cold for the night

“I think it’s all completely wrong. Years ago, people would be hungry but they always had a fire.

“I notice now that lights are turned off in houses at night. I can see it. It’s like we are going back to the 50s.

“I know people out there who will be in dire straits this winter. They are talking about more hikes in electricity and gas. If they had another form of heating at least they could switch and they wouldn’t be cold.”

Cllr Clooney said: “We have moved too fast. All the timber in forests uncut and people are cold in bed.

“Beech trees are lying idle. Shame on them they don’t realise about the working man.”

Cllr Fleming said: “You can get a stove that fits into a chimney and if you put timber in and the controls are right, it will still be burning that evening and the house warm. It’s essential, it’s a cheap fuel.”

While Cllr Dwane-Stanley hit out at Minister Eamon Ryan for his policies in relation to this.

She said: “He thinks we all live in Dublin and we can go on our trendy bicycles to the LUAS.

“This area is classified as being dependent on solid fuel. The transition period from peat was meant to take place over ten years and it happened in two.

“I grew up in O’Moore Place and we had a Stanley cooker that had heating, hot water and the kettle on all the time with a little bucket of turf.

“It’s €50,000 to retrofit your house. We will end up with estates where half the houses will be deep retrofitted and the others won’t be because they are privately owned and those people will never have the money to bring them up to a B rating.

“A bale of briquettes is nearly €7. Where are you going removing all of that with no alternative?”

Cllr Barry Walsh said that he ‘50%’ agreed with the motion and explained why.

He said: “Nowhere is it written that you can’t have a fireplace.

“But there are energy calculators and if you do, you have to put in 20 solar panels. I have one just for effect, I rarely light it.

“Realistically, homes need to be better insulated and grants for this have increased by 50%.”

It was agreed that a letter be sent to Minister Eamon Ryan on the matter.