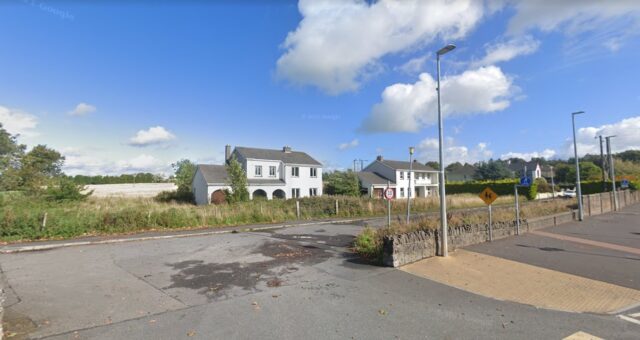 A design is currently being prepared to link two major roads in Portlaoise in an area where two abandoned houses are currently left.

The area in question is on the Stradbally Road out of Portlaoise and the two houses are located opposite the roundabout which heads up towards the cluster of primary schools.

Those houses were built more than 15 years ago but have been idle pretty much ever since.

At today’s meeting of the Portlaoise District, Sinn Fein’s Caroline Dwane Stanley asked for an update on the progress and future plans of these now Council owned houses.

She asked for them to be immediately tidied up and for a plan for what was going to be done with them to be presented.

In reply, Georgina Ireland of the Housing Department said: “Design options for both roads and housing are currently being examined with a view to the development of lands acquired.

“In the interim, the houses will be secured and the sites maintained to protect local residential amenity.”

A lengthy discussion about the site and the area then ensued among the Councillors.

However, Director of Services Simon Walton spoke to explain that it was the Council’s plan to build a road that would link the Stradbally Road to the Dublin Road.

This was the original plan when those houses were built but it had never happened. However, Mr Walton said that now this road was required.

He said: “The houses have be purchased under Compulsory Order so they are under Council control now.

“The road to link the Stradbally Road and the Dublin Road is certainly required and there are a number of factors behind that.

“Population has increased and we now have schools in that area with another one on the way.

“If you look at the current map in the development plan, you will just see two arrows in this area that indicate a road.

“So what we are in the process of doing now is putting a detailed plan in place. We have to liaise with Kolbe Special School and the HSE to coincide with their plans in the area.

“We also want to explore the possibility for housing developments either side of this proposed road too.

“So I would hope that by the end of the year, we should be able to produce to you a detailed plan for this location.”

Councillors welcomed this news and said they would await the production of this plan.

But they called for immediate works to be carried out on the two properties as they currently sit.

Cllr Dwane Stanley said: “There are weeds growing up the windows and it is an ongoing nightmare for those living nearby.”

Cllr Catherine Fitzgerald said: “People who live there are sick and tired of it all.

“The houses are gone to rack and ruin – so this needs to be addressed.”