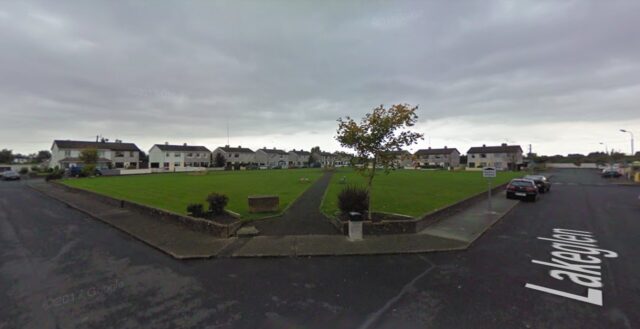 Two houses that were burnt out in a Laois housing estate are set to be fully refurbished after a new design was agreed.

The update in relation to two properties in Lakeglen in Portlaoise was provided following a motion by Sinn Fein Councillor Caroline Dwane Stanley.

Trevor Hennessy of the Housing Section said: “A detailed design for the refurbishment of these two houses has been agreed by the Housing and Planning Departments.

“This detailed design has been submitted to the Department for approval and once this is approved, Laois County Council will then progress the refurbishment works to tender stage.”

Cllr Dwane Stanley welcomed this but expressed her disappointment that neither she nor her Council colleagues had been shown the designs before they were submitted.

She said: “These houses were burnt out in April so hopefully this can be resolved as quickly as possible.

“It is a real eyesore in the middle of the estate and the chimney on one of the houses looks like it is going to fall off.

“But I’m told by those who have inspected it that it is secure. I would love to see the houses refurbished and used for people with disabilities.”

Agreeing with Cllr Dwane-Stanley, Cllr Willie Aird said he had heard that the houses would be bungalows but that was unconfirmed.

Cllr Aird said: “I hope this work can be sped up as this estate in gorgeous.

“There is a small core group of workers there that keep the estate so well and it is our duty to them to get this sorted.”