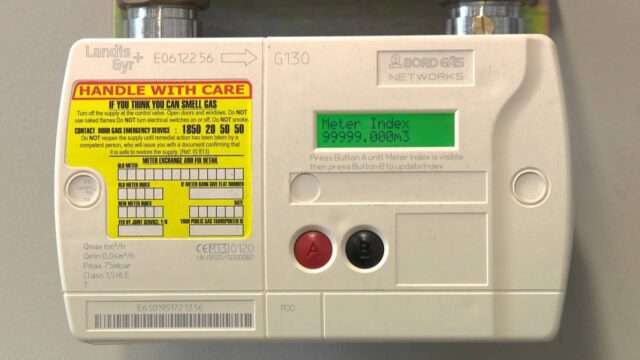 Laois TD Brian Stanley has called on the government to back a Sinn Fein motion in the Dáil to ensure households are protected from electricity and gas disconnections.

Deputy Stanley says that the government’s current plan is to introduce the ban from December until February.

But the Sinn Fein TD says this is not early enough and that people need certainty now.

He said: “The motion would introduce a ban on energy disconnections now and provide crucial protections for people who use “pay as you go’’ meters.

“This now needs to be implemented by the Government and the Commission for the Regulation of Utilities (CRU).

“Households in Laois / Offaly are facing massive electricity bills this winter and people are worried sick about whether they will be able to afford them. People need help and they need it now.

“The government’s plan to introduce a ban on disconnections from December until February falls far short of what is needed.

“People can’t wait until December. They need to be protected from disconnection now.

“Our motion would also give certainty to the many people who use pre-pay electricity meters. Once their €20 emergency credit runs out, pre-pay customers are disconnected by default.

“Yet, the government still has no real plan to protect these households. Our motion would ensure pre-pay meter customers get the same protection from electricity and gas disconnections. This is about fairness and giving certainty to people.”

Deputy Stanley said that the government ‘needs to ensure that all households are protected from disconnection’.

He said: “Government must be upfront about whether they will implement Sinn Féin’s proposals or not.

“People in Laois / Offaly deserve to know if they will get this crucial support at a time of unprecedented crisis. Many households are facing severe financial difficulties.

“Government must do the right thing and implement the Sinn Féin’s plan.”