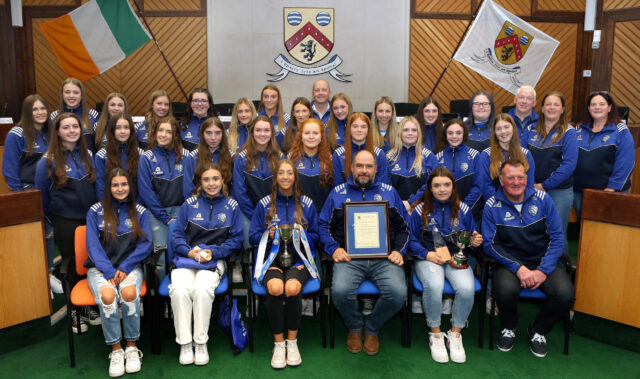 A Laois team that claimed Leinster and All-Ireland camogie glory this year were honoured with a civic reception recently.

The Laois U-16 camogie team enjoyed a brilliant 2022 where they won it all.

Padraig Henderson’s charges took on Carlow in the Leinster ‘B’ final back in May.

They made a dream start when full forward Kaylee O’Keeffe struck for a goal in the opening minutes.

In the All-Ireland series, Laois breezed past Offaly, Meath and Kildare in the group stages.

They once again defeated Carlow in the semi final before claiming All-Ireland glory against Antrim – 4-7 to 3-7.

Council officials made a presentation to all of the squad at a ceremony last week.

All players were joined by management and family members at great event.

Photographer Michael Scully was there on the evening and captured some great pictures. 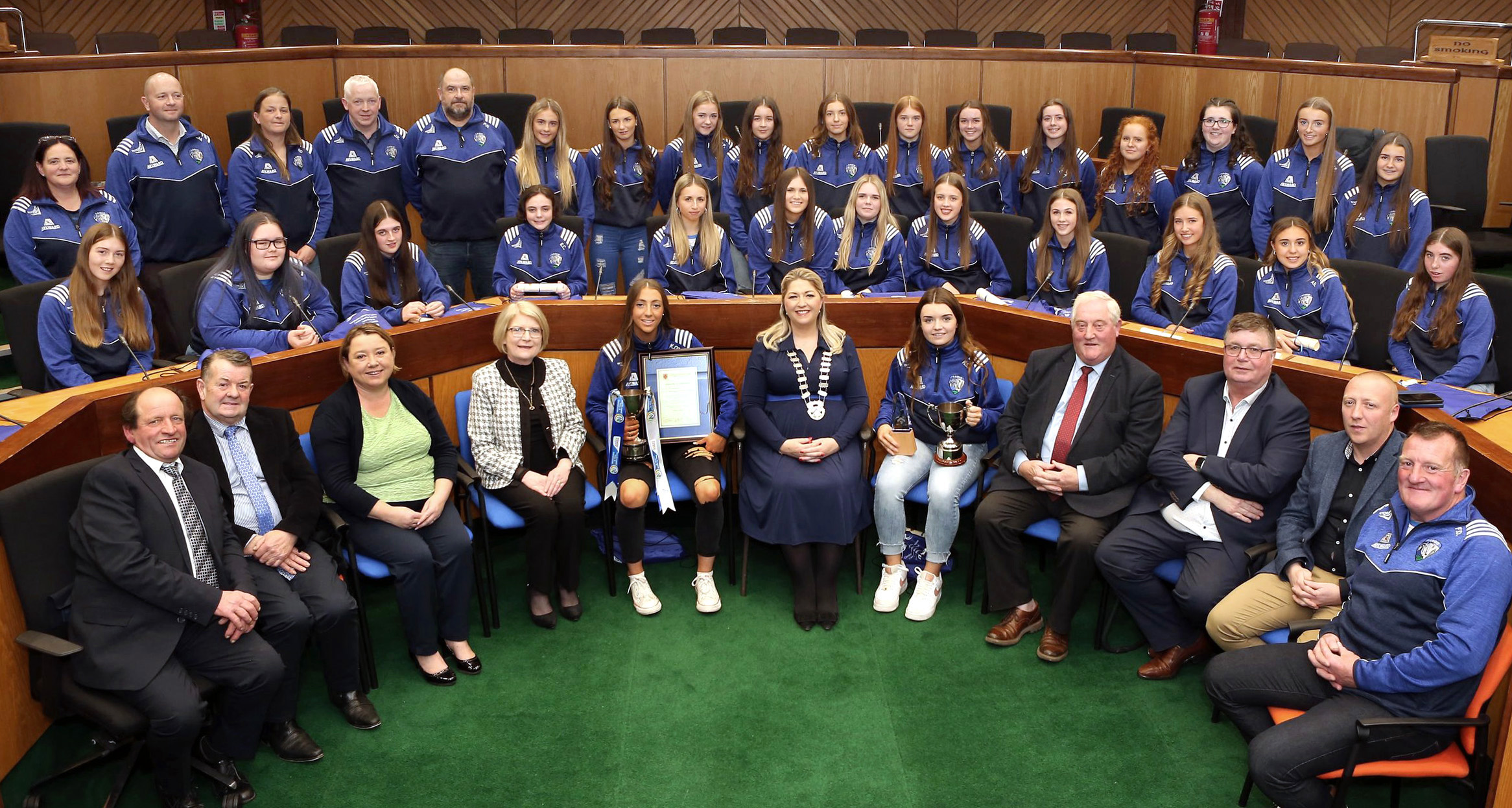