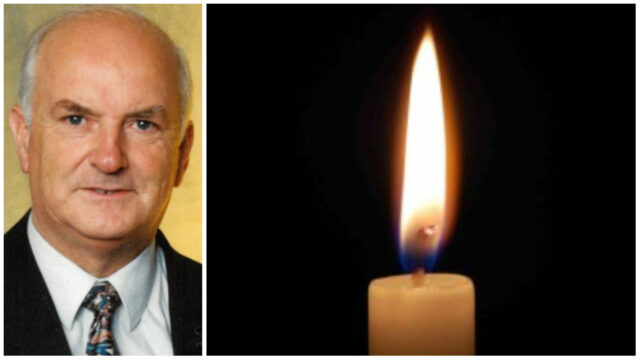 The death has occurred of Sean Duffy from Monasterervin, a highly-regarded figure in the health system for a long number of years.

Mr Duffy had a key management role in the old Midlands Health Board and was very well respected throughout Laois, Kildare, Dublin and the wider midlands area through that involvement.

He was later heavily involved in hospital developmens in the Middle East.

Separately, Mr Duffy was a staunch Monasterevin GAA man and was an influential figure, particularly in the late 1970s around the time the club famously the Kildare senior championship.

Predeceased by his wife Monica, he is the much-loved father of Anne Marie O’Callaghan, Fiona Behan and John.

He is also mourned by his sons in law, John and Ray and son John’s partner Paula.

He will be sadly missed by his grandchildren, Ronan, Séan, Daire, Tom, Aoife, Rachel and Kate, niece, nephew, extended family, relatives and friends.

His death notice pays a special thank you to Dr Peter Lavin and his team at Tallaght Hospital and also to Séan’s carers Angela and Rose.

He is reposing at his home on Friday from 2pm to 8pm with rosary recital at 8pm.