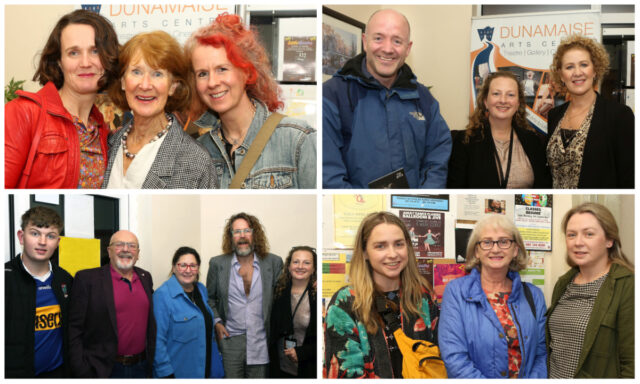 The Portarlington production of MÁM was a collaboration between Dunamaise Arts Centre Portlaoise and Riverbank Arts Centre Newbridge.

MÁM is a meeting place between soloist and ensemble, classical and traditional, the local and universal.​

Michael Keegan-Dolan and Teaċ Daṁsa have created another mythic yet timely production that acknowledges how life’s opposing tensions and contradictions can on occasion come together and find resolution.

MÁM follows on from the success in 2016 of Loch na hEala—his acclaimed reimagining of Swan Lake.

Teaċ Daṁsa’s distinct approach to creating MÁM has been documented by film-maker Pat Collins in his film The Dance (2021).

There was a big crowd in Portarlington for the show at the end of October.

Check out some great pictures from photographer Michael Scully below: