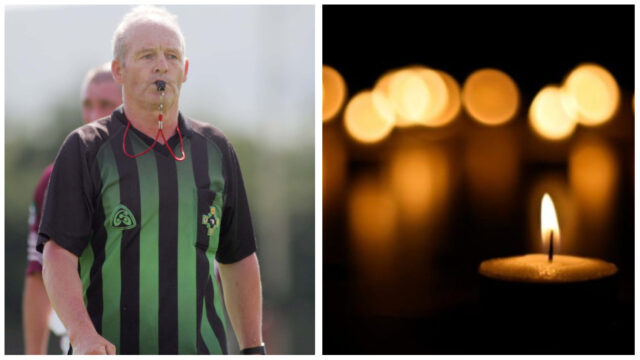 The death has occurred of John Conway from Arles, widely regarded as one of the best Laois footballers of all time and a man who made a massive contribution to GAA in the county for more than 60 years.

Though he’d been sick for the past couple of years, he was still a constant presence at club matches, particularly his beloved Arles-Kilcruise, and never lost his renowned sense of humour.

Aged 78, he was also highly regarded in farming and community circles and will be sadly missed by all who knew him.

The Conway family name is synonymous with Laois and Arles GAA – and John was very much central to that.

He was on the Laois team that won Leinster and reached the first All Ireland U-21 final in 1964. He also played in a senior Leinster final in 1968.

He played for the Laois senior team for 15 consecutive seasons and for Leinster in the Railway Cup for seven years.

His feats were recognised in 1999 when he was selected at corner-back on the Laois football team of the millennium.

At club level he won junior and intermediate championships with the old Arles club in 1965 and 1967 respectively, alongside his brothers JJ and Willie, and was a main man as they reached two senior semi-finals in the 1970s.

Though they fell back through the grades in the 80s, he was still going strong in 1991, and at the age of 47 he was still a starting player as he helped the club win the Junior ‘A’ championship, an incredible 26 years after he had first won that title.

By this stage his refereeing career had taken off and he took charge of senior finals in both Laois and Carlow as well as a selection of intercounty games.

In 2018 he was inducted into the Laois GAA Hall of Fame.

The Conway family association continues through the generations. His sons JP and Brendan were on the teams that came all the way from Junior ‘B’ to senior champions in 2003 and are now heavily involved in the club’s juvenile section.

John is deeply mourned by his wife Betty (nee Wheatley), sons JP and Brendan, daughter Sarah and a wide circle of family, friends, neighbours and colleagues.

John will be reposing at his home (eircode R14Y230) from 4pm tomorrow (Wednesday) with prayers at 9.30pm. Funeral mass at 2pm on Thursday in Arles with burial afterwards.