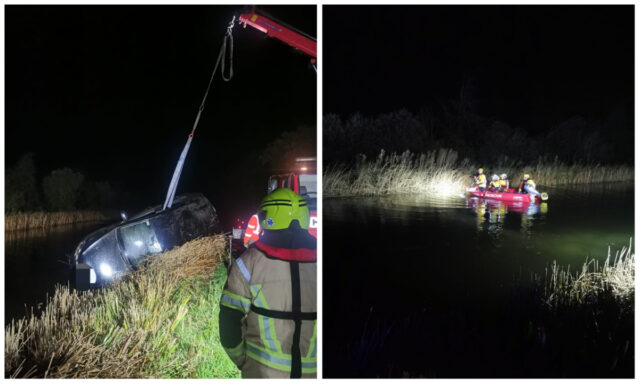 The Coast Guard Rescue 115 was deployed in Laois at the weekend after a vehicle entered water.

The incident occurred in Vicarstown on Sunday where multiple emergency services were deployed.

Gardai confirmed that thankfully nobody was injured.

A spokesperson said: “Laois Gardai were alerted to a vehicle that had entered the canal at Vicarstown.

“The vehicle was located after a comprehensive search and removed from the canal.

“Thankfully no one was injured in the incident.”

Separately, Gardai in Portlaoise made an arrest after a smell was detected coming from a car.

They said: “Laois Roads Policing Unit conducted a traffic stop on the motorway at the weekend.

“There was a smell of cannabis from the car. A search of the vehicle revealed several bags of cannabis herb.

“The driver was arrested for drug driving and a blood specimen was taken at the station.

“A follow search was carried out premises by the Portlaoise drugs unit.

“A total €7,000 in cannabis herb and over €2,000 in cash was seized. The driver has been charged to Portlaoise District Court.”