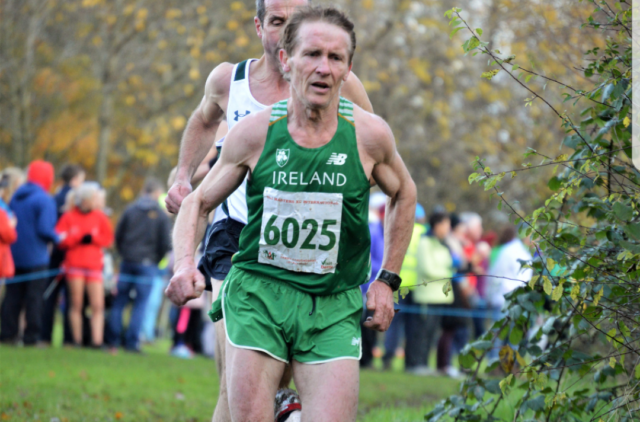 Legendary Laois athlete Martin McDonald is set to be honoured by Laois County Council for his recent success in the world masters mountain running championships.

The Ballyroan man won the Over 65 category in a 10k race across the Comeragh Mountains near Clonmel back in September.

And he will be honoured for that triumph in the Laois County Council chamber this Thursday evening, December 1, for a civic reception hosted by Cathaoirleach Thomasina Connell.

Friends, family and supporters will be in attendance to acknowledge his achievement.

McDonald absolutely romped to success in his World masters race, winning by nearly a minute and “leaving runners from Italy, Germany, Austria, Great Britain, USA, Spain and the Czech Republic in his wake” went the report at the time of his success.

In addition Martin led the Irish team of Martin, Joe Gough and Eugene Doherty to the team Gold.

It was a great weekend for the McDonalds with Martin winning double Gold in the Masters race with his daugher Niamh part of the Ireland team that won bronze in the team women’s U-20 race, which was held in Cumbria in England.

The McDonald family have made a massive contribution to athletics in Laois over the years, both on a county level and with their local club Ballyroan-Abbeyleix.

They shot to national fame in 2018 when they starred in Ireland’s Fittest Family and were only narrowly pipped to the overall prize in a thrilling finale in Croke Park.

In an earlier episode Martin captured the nation’s heart by setting a new record for ‘Hanging Tough’.