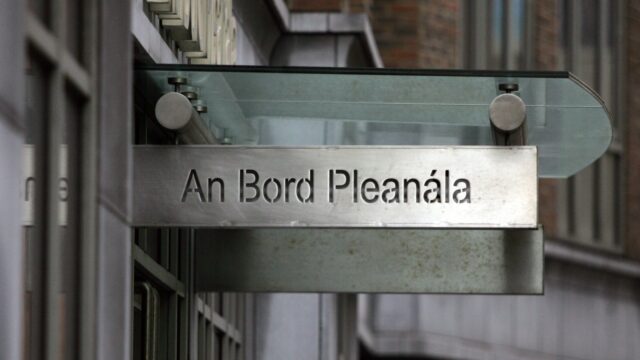 People in rural Ireland ‘are being left in planning limbo due to the inordinate delays within the An Bord Pleanála planning and appeals process’.

So says Independent TD for Laois-Offaly, Carol Nolan, who ‘is deeply concerned about the increasing number of representations being made to her by constituents’.

Deputy Nolan said that the delays are locking some rural families and couples out of homeownership for protracted periods of time.

This is despite such persons having received planning permission from their local authority to build a home.

“The major dysfunction that has engulfed ABP in the last number of months in now having a direct and extremely adverse impact of the housing situation for the very many people in rural Ireland who are desperate to get on with building their own homes,” said Deputy Nolan.

“I have raised this matter time and time again, particularly in the context of the statutory duty that exists for ABP under Section 126 of the Planning and Development Act to ensure that every appeal is determined within 18 weeks beginning on the date of receipt of an appeal.

“This is not happening, and it has not been happening for some time. However, the situation has now been exacerbated with the ongoing crisis within APB.

“In many of the cases that I am dealing with the issues often appear relatively straightforward and often only involve planning permission being granted or sought for one house.

“These do not appear to be massively complex issues, such as those that might relate to more largescale developments.

“I am engaging with APB on behalf of my constituents and the people of rural Ireland to try and ascertain if there was any way in which the relatively straightforward cases may be prioritised,” Deputy Nolan concluded.