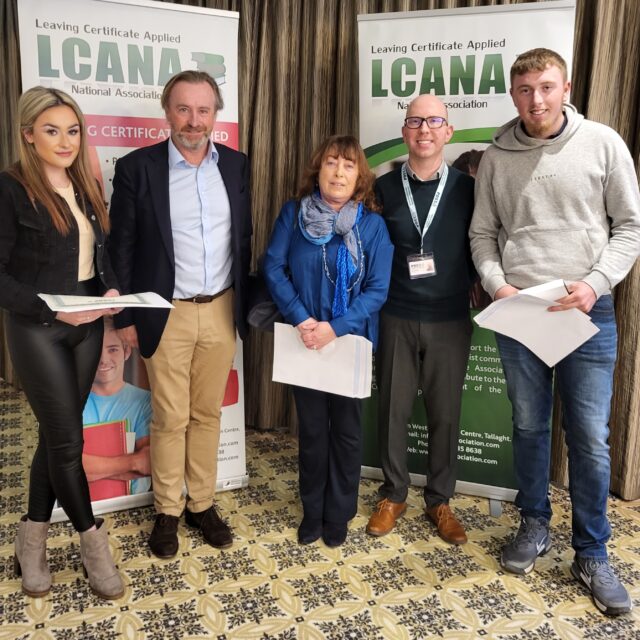 Holly Hunter and Josh Donagher, both from Colaiste Iosagain in Portarlington, received the ‘Feargal Quinn award’.

The two students along with their parents and the LCA co-ordinator Ms Jackie Kaye were invited to an awards ceremony in Athlone last Saturday.

Holly and Josh were delighted to hear that they were among the few students that achieved top distinctions in the country with their Leaving Certificate Applied results.

The awards were presented by Eamonn Quinn, son of Feargal Quinn of Quinnswoth supermarkets who was a great ambassador for the LCA programme.

Colaiste Iosagain is very proud of the two students and of the Leaving Certificate Applied Programme.

This was, until recently, run excellently under the watchful eye of Ms Kaye.

Ms Kaye however has since’ hung up her boots’ and everyone wishes her the very best of luck in her retirement. 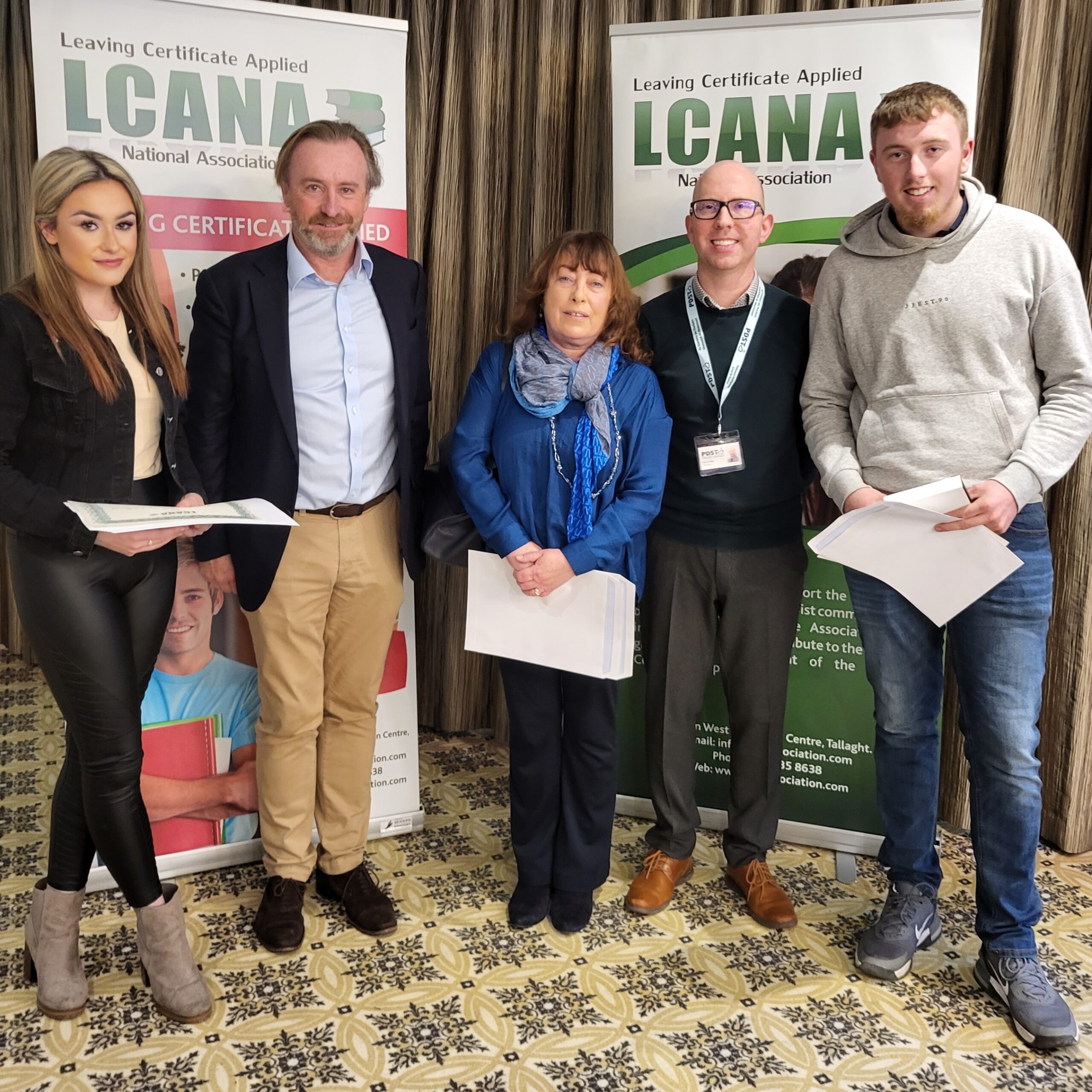 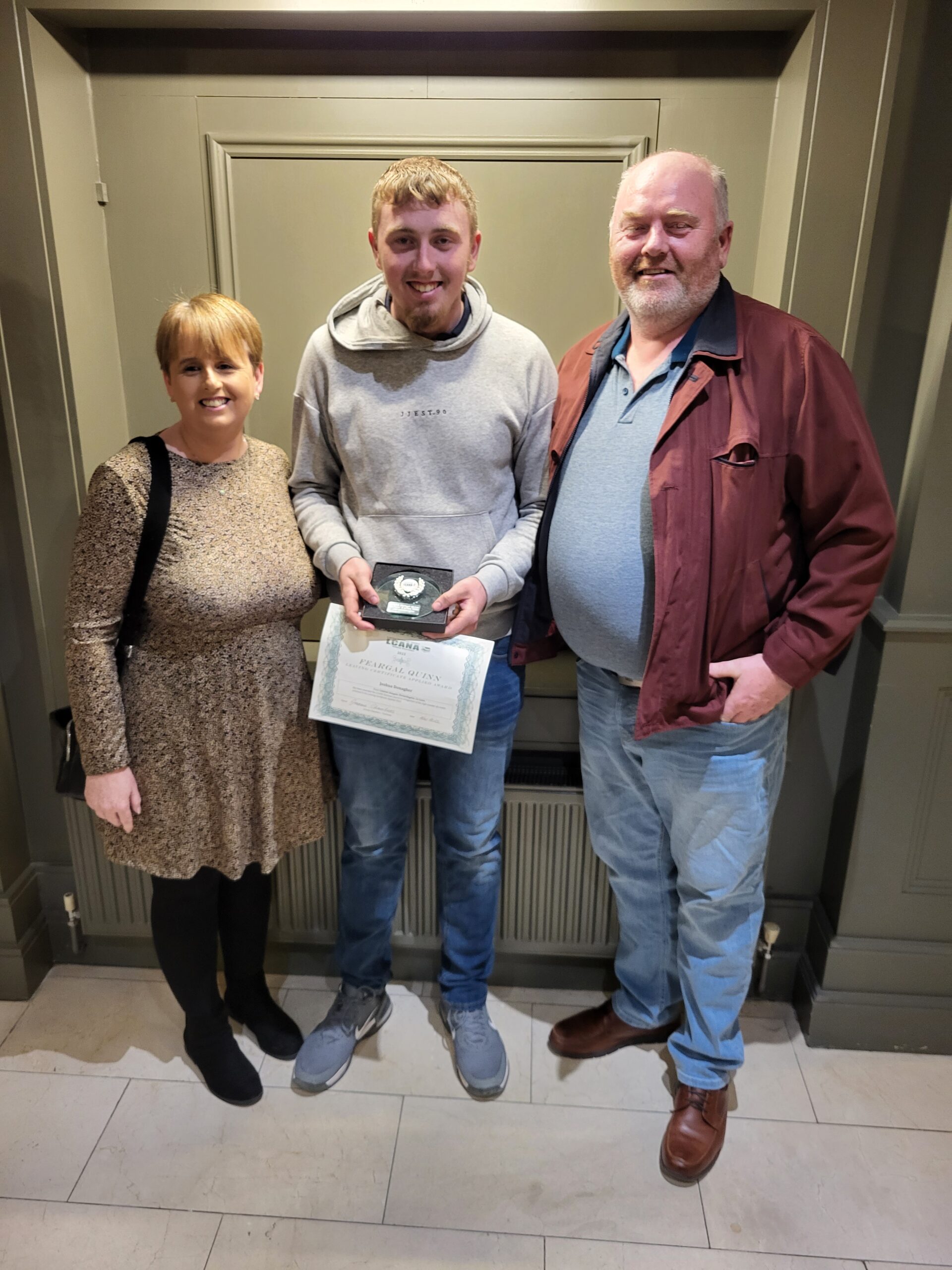 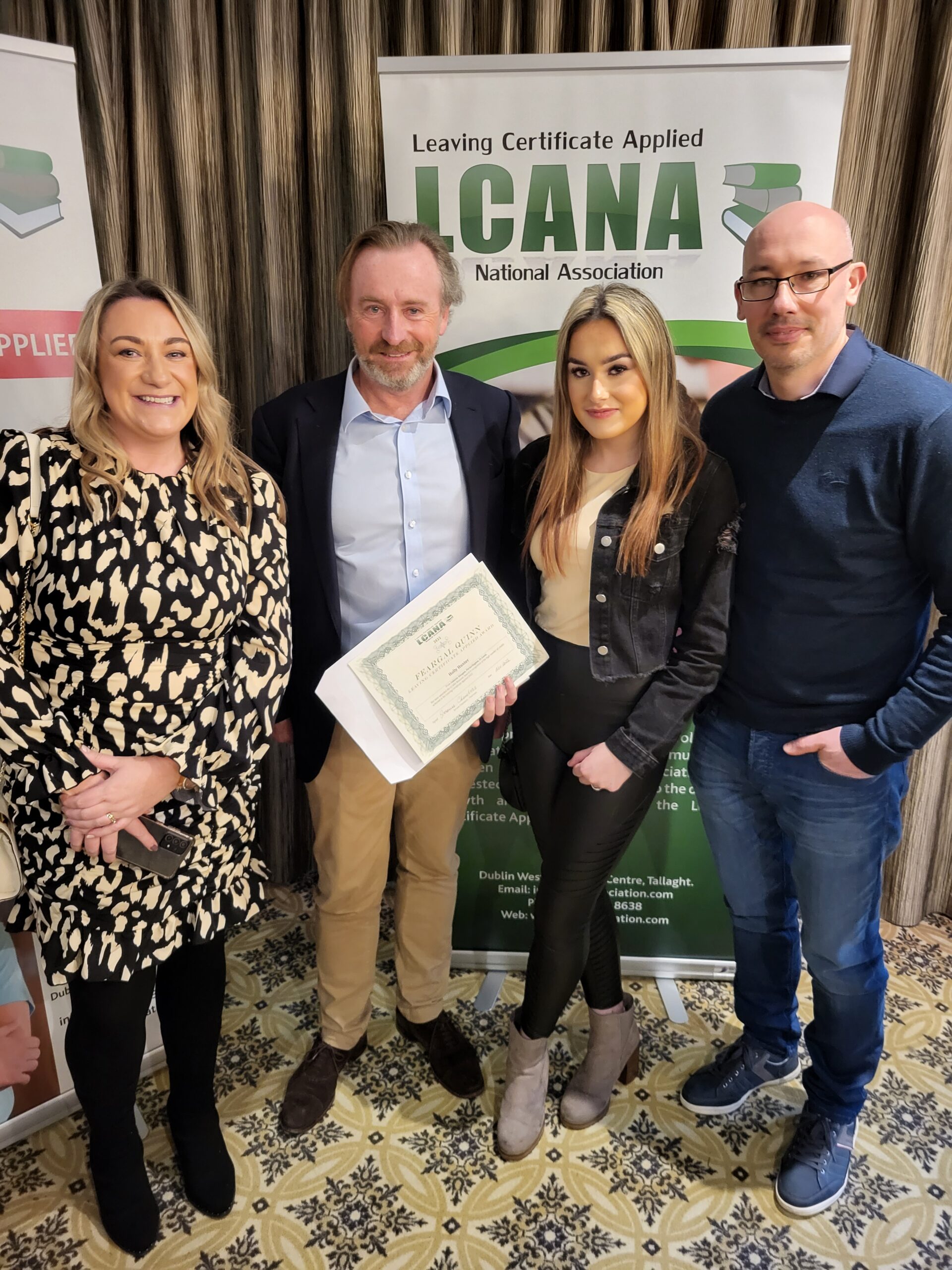