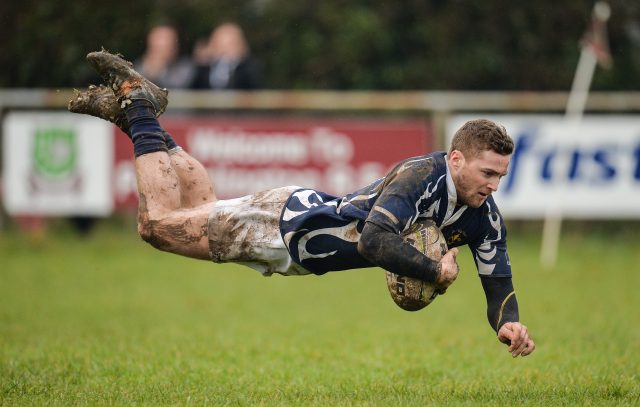 Portlaoise remain deep in relegation trouble after a Clondalkin penalty with the last kick of the game denied them a home draw on Sunday afternoon.

The Laois outfit trailed for much of the game but drew level with seven minutes to go to set up an exciting end to the game.

Both sides had chances to win it but it was the visitors who eventually did thanks to that late penalty which keeps them second in the table.

However, it wasn’t a totally disastrous day for Portlaoise as the clash of the bottom two teams, Mullingar and Suttonions, produced the result that Portlaoise wanted.

Mullingar thrashed the Dublin side by 35-15 in a bonus point win that moves them up to second from bottom but keeps Portlaoise third last by a single point.

The first half produced just the one score in the entire 40 minutes as a Clondalkin penalty, midway through the half, was enough to give them a 3-0 lead at the break.

However, five minutes after the resumption of play, Number 8 Robin Foot showed incredible footwork to evade several tackles before touching down. Although, Logan Nicholson was unsuccessful from the resulting conversion.

Clondalkin, who employed the anti-ruck tactics used by Conor O’Shea’s Italy to great effect against England last weekend in the Six Nations, responded instantly with a converted try.

Logan Nicholson responded with a penalty for Portlaoise but Clondalkin had the ball down in the try area again to move 15-8 clear with 15 minutes to go.

But Portlaoise refused to go away and their strong mauling was rewarded with a penalty try which Logan Nicholson converted to tie the game at 15-all with seven minutes to go.

Portlaoise went for the win and Logan Nicholson was desperately unlucky to see his drop goal sail narrowly wide before his side had their hearts broken when a late Clondalkin penalty sent them back up the M7 with the four points.

But Portlaoise’s fate is still in their hands ahead of the last round of fixtures next weekend. They will travel to the capital to face a Coolmine side with absolutely nothing to play for.

Meanwhile, their relegation rivals both face tricky ties. Suttonians host Tullow while Mullingar travel to Clondalkin with both of those teams still fighting for second place.

Elsewhere, Portarlington’s clash with Roscrea was called off due to a waterlogged pitch.