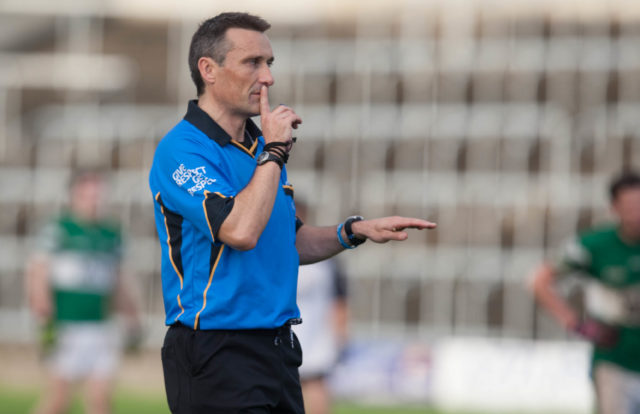 This is the latest accolade for the high decorated whistler who has already officiated over three All-Ireland Senior Football finals.

And he was called into action again for a third time last year to oversee the All-Ireland final replay between Dublin and Mayo with the Dubs running out 1-15 to 1-14 winners.