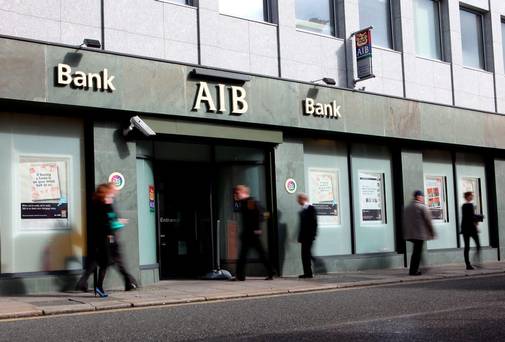 So AIB is going to be refloated on to the Stock Market, having been majority owned by the Irish Government for the last seven years almost, by us, the taxpayers, effectively.

I’ve been very bothered by their aggressive advertising campaign over recent months with their “we’re backing brave” which would suggest they have been lending money to small businesses all over the country.  Not only is it not true that they have been doing so, they having been spending a lot of “our” money in sending out this misleading message.

Now, we discover this week that in Ireland there are more mortgage approvals in issue now than there are houses to buy with those mortgages.  This seems to suggest that it is very straight forward to get a mortgage from the banks at the moment.  I’m not very comfortable with that kind of misinformation being allowed to circulate either.

In the so called “good times” I could not get business loans for my clients from the banks if it wasn’t asset-backed.

I really can’t see why it would be easy now and in my experience, the banks are still not “working” as we had come to know it.  The implementation of the NAMA plan only ever served to deepen our crises and extend our cycle because we were led to believe that the Banks were being fixed.

This led us to wait for that to take effect, rather than do as the human race always did, try something else or “change to survive”.

I’m not going to try and tell anyone that I “told you so”, but in hindsight there’s no doubt in my mind that Anglo and potentially other banks, should have been allowed to collapse and “feed the worms”.

We now seem to be just as dependent on the banks for liquidity as we ever were and that’s not a great place to be as they are just not providing it.

In 2006, the two biggest companies on the Irish Stock Exchange were AIB and Bank of Ireland.  This was pretty ludicrous as banks produce nothing.

They are meant to grease the wheels of industry and therefore are embedded in all elements of industry, but they should never be the biggest.

Just keep that in mind in case someone tells you to “fill yer boots” with AIB stock in the coming weeks.