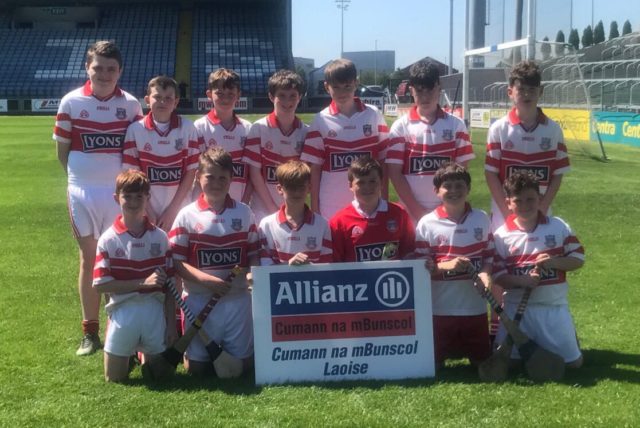 Sean Downey turned in a sensational performance as Emo got the better of Camross in a thrilling Roinn 2 hurling final.

The Emo forward scored a whopping 5-6 as he tormented Camross from start to finish.

Camross had beaten Emo in the group stages of the competition but Emo got off to a dream start with two early goals from Downey and while Camross made a serious game of it, Emo finished strongly to seal the win.

Camross battled back from that early setback and an Eoghan Cuddy goal meant there was only a point in it at half time, Emo leading 2-2 to 0-3 at half time.

Emmet Bergin got a goal early in the second half to put Camross into the lead for the first time.

But it wasn’t to last. Downey came into his own again and three more goals set them free.