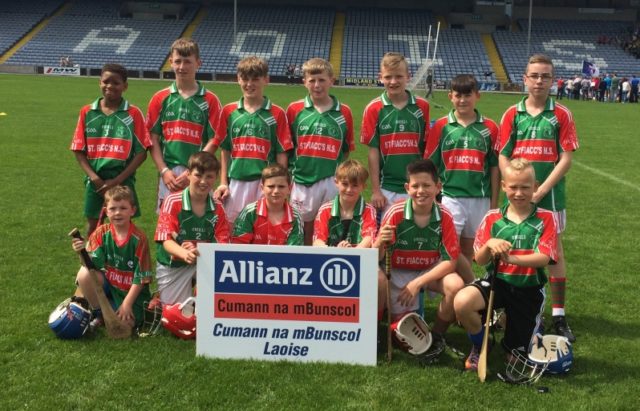 Jack Byrne was the star of the show in the penultimate hurling final of the year as the midfielder scored five goals and nine points as St Fiaccs’ of Graiguecullen beat Mountmellick.

They held Mountmellick scoreless throughout and ramped up their level of scoring throughout.

Despite not scoring, Mountmellick had some very good players with Darcy Thomas and Patrick Dowling in particular catching the eye.

Jack Byrne shot five points in the first half and added two goals as Graiguecullen took a 3-7 to no score lead at half time – Terrence French chipping in with 1-1 and Aaron Dorgan notching the other point.

Byrne amassed 3-4 in the second half while Dorgan and French were also on the scoreboard again.