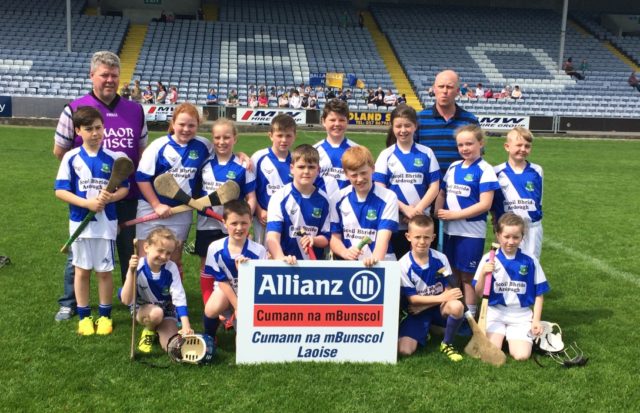 Ardough got the better of Ballacolla in the first hurling final of the day thanks to a phenomenal goal scoring display from full forward Cillian Dowling.

This was the 18-pupil school’s second appearance in the Cumann na mBunscol finals in their history and having suffered defeat last year, they were back to claim a win this time.

Both teams were also served with outstanding goalkeepers. Ardough’s net-minder, Daniel Lawlor, who is just seven-years-old, pulled off a string of fine saves to keep Ballacolla out.

While down the other end, Ballacolla may well have shipped double figures had it not been for the efforts of 2nd class stopped Ben Holohan who thwarted Ardough on several occasions.

Ballacolla hit back when Evan Cassin’s low rasper found the bottom corner but Cillian Dowling wiped that out to complete his hat-trick.

Edward Meade hit a brace of points for Ballacolla but Dowling took his tally to five goals before half time.

Nevertheless, Ballacolla kept in it with a point from Eoin Duggan and a goal from Edward Meade to leave the score reading 5-1 to 2-3 at the break.

Ballacolla reduced the arrears to six points on the restart but that was as close as they would come.

Cillian Dowling completed his double hat-trick and then added a point before Ross Dowling scored a long range goal.

Edward Meade grabbed a point and a goal for Ballacolla but Ardough kept scoring and Cillian Dowling grabbed a seventh goal before the end to cap an incredible performance. 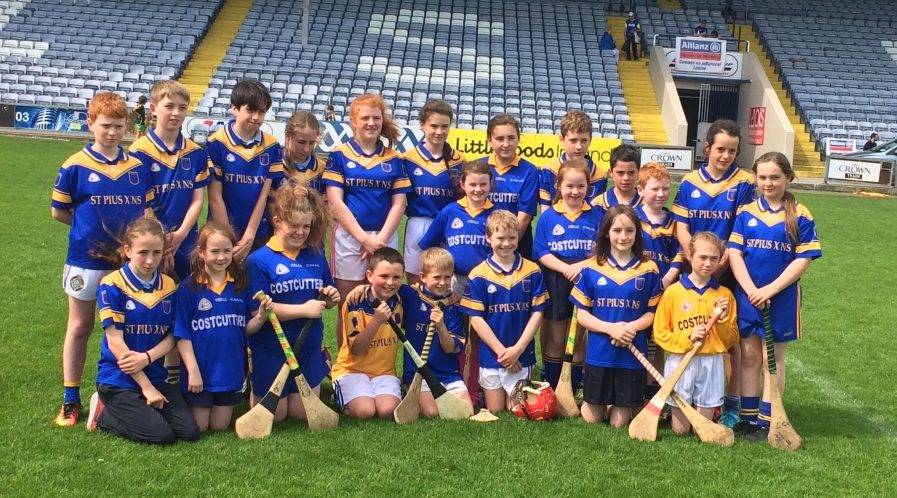