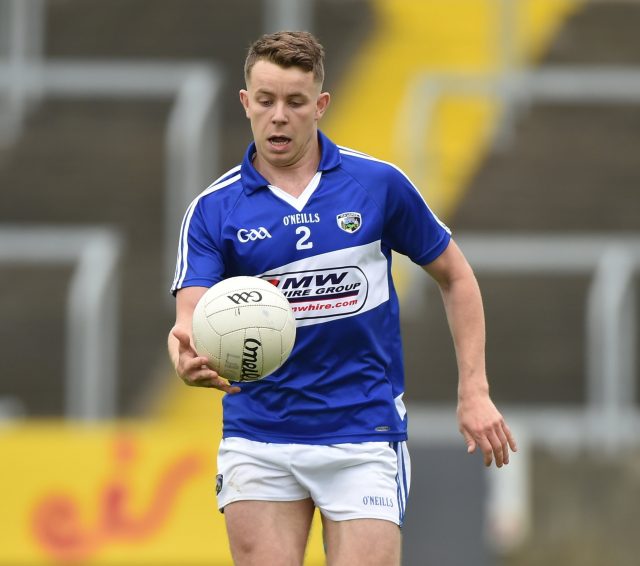 Laois captain Stephen Attride is in a race against time to be fit to face Kildare in the Leinster Senior Football Championship Quarter Final in Tullamore on Sunday week.

The Killeshin defender suffered a re-occurrence of an ankle injury in last weekend’s 4-15 to 0-16 win over Longford and was carried off the field by Laois medics.

LaoisToday understands that the injury is not as bad as the one that Attride picked up during the league against Antrim which kept him out for over a month.

The defender suffered this injury after falling awkwardly following a tangle of legs with Longford’s Robbie Smyth.

If Attride does not return in time, there are a number of changes which manager Peter Creedon could make.

St Joseph’s James Kelly was introduced as a first half substitute for Damien O’Connor and perhaps he could be promoted to a starting berth with the Timahoe man moving to the half back line.

Portlaoise’s Gareth Dillon was very close to a start against Longford and he was the player who replaced Attride when he went off so perhaps he may get the nod this time.

Alternatively, Creedon may look at shifting Stradbally’s Colm Begley back to the wing back position in which he operated for most of the Division 3 league campaign.

This would open up a vacancy in midfield which could be filled by Arles-Kilcruise’s Kevin Meaney who was also introduced as a substitute against Longford or Ballyfin’s James Finn who had impressed in the position during challenge games in the lead up to Longford clash.

Alternatively, if Begley moves to half back, Creedon may opt to shore up midfield by putting John O’Loughlin there.

This would leave a void at centre forward which could see a recall for Arles-Kilcruise’s David Conway who was so impressive there throughout the league.

But manager Creedon will be hoping he faces no such dilemmas and that his captain can recover in time to face the Lillywhites.