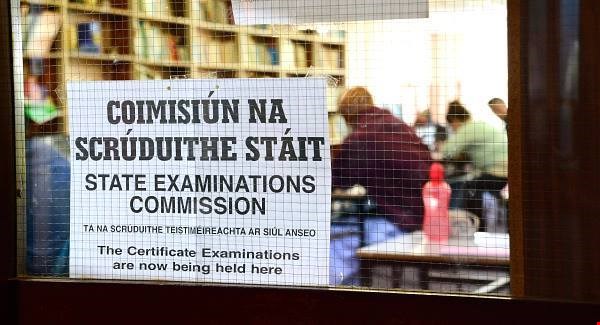 The Leaving Cert is the one time of your life no one ever wants to relive. And with the exams starting tomorrow for 2000 students in Laois, we at LaoisToday have put togehter a list of the things you’ll never forget.

1 – There was always someone who said they lit a candle for you.

2 – That one friend who did nothing and still got on well. And there was another friend that never revealed how they got on at all.

3 – Everyone looked up in the exam when someone came in with the tray of tea for the superviser.

4 – The awkward person sitting outside the exam hall that had to bring you to the toilet.

5 – Teachers that told you not cram the night before.

6 – Teachers that told you to make sure you crammed. ‘Use every minute you have,’ they said.

7 – The pain in your arm from all the writing after English Paper 1.

8 – Making sure you brought six pens, five highlighters, pencils, rubbers, tip-ex, rulers and every other bit of stationery into your first exam.

9 – Having to borrow a pen for your last exam.

10 – The only thing pulling you through the exams was the thought of the holiday to Ibiza later in the summer.

11 – Being told never to leave the exam hall until the time was up. But there was always one student that left early to go home to cut silage.

12 – People who went to the convents got blessed with Lourdes water before each exam by the head nun.

13 – Feeling sorry for the students that did Ag Science, Music, Art or an obscure language. They didn’t do their last exam until the middle of July.

14 – Feeling extremely guilty when the supervisor walked by you even if you were doing nothing wrong.

15 – That extremely jealous feeling when you’d see someone looking for extra paper. What could they be writing about?!

16 – Being told it was the most important exam you’d ever do.

17 – Being told by someone else that the Leaving Cert doesn’t matter at all.

18 – Wanting to punch that person that said an exam was “easy” when it was clearly f***ing impossible.