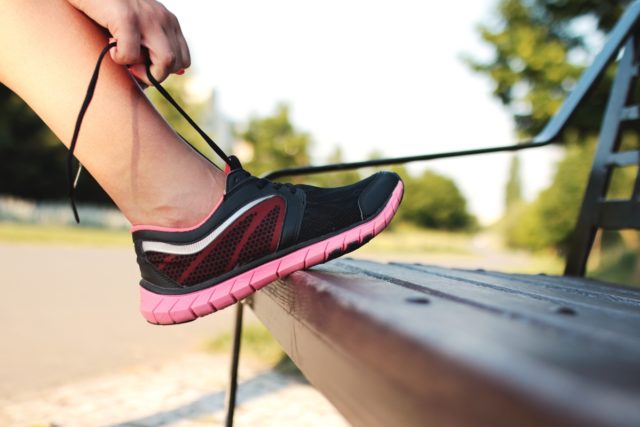 Recently, I was writing a piece for a project I’m working on and needed to get an official definition for the word fit.

I was looking for the definition that relates to physical fitness but on entry to the Oxford English Dictionary site, the first one that appeared was as follows; “of a suitable quality, standard or type to meet the required purpose”. Now obviously this definition relates to a different use of the word fit but it struck me how at this time in my life this version is actually much more (excuse the unintentional pun) fitting.

Those sessions needed to be intense for me to feel that they were good enough. I had to sweat, I had to hurt and if tears were shed then that was an added bonus. Now obviously given that my profession required me to exercise a lot I was doing slightly more than the average person but I’ve noticed in the last five years how this quantity and intensity has become the norm and in a way I feel partly responsible.

I’ve been working with women for the majority of my fitness career and with mothers long before I became one myself. I have one very clear memory of being asked by a lady who was coming to my classes a few years ago if there was any point in her walking as a form of exercise as so many people were telling her that it wasn’t enough.

I’m fairly sure that I validated this belief, advising her that she really should start to try and build up to jogging by doing what has now become known as a ‘wog’ (walk/jog). My intentions were good but I cringe so much now at this advice.

This lady was a mother of two small children and working outside of the home. She had been using her lunch break to walk. Jogging during lunch wasn’t an option because she didn’t have a shower in her office. I don’t know exactly what she did from then on but to this day I have a vision of her ditching her 45 minute lunchtime walk and rushing her way through her already scarce evening time with her children in order to fit in a wog before bedtime so that she was doing “enough”.

So I’d like to use this column piece today to try and make amends for any unenlightened advice that I may have doled out in the days when time was plenty and achy muscles were welcome.

And this advice isn’t just for mothers. It’s for anyone who finds it a struggle to find time for exercise. Physical activity is important for our health without a doubt. Every person should make it one of their priorities but, and this is a very big but, it should not be something that adds additional stress to our lives.

We should not find ourselves in a state of anxiety if we are late or miss a workout. We should not push our bodies to the point where they become injured when we need them for so many other important things. And we should not be doing physical activity that we hate because somebody else told us that we should.

We do what we can, what we like and when it suits us. These things will change throughout our lives and what suits a 20-something singleton with lots of spare time may not suit a 30 or 40-something mother or businesswoman who is already stretched to her limits.

Personally, I find it hard enough to carry a tired two-year-old (who has decided that he will walk no more from the lake in Emo Court) and push a buggy without achy quad muscles to deal with too, so for now I’m taking things a little easier safe in the knowledge that there will be plenty of time to do the harder stuff in the future.

SEE ALSO – Fit with Brid: Why I really enjoyed the Swimtastic Duck and Dive programme