Eight Laois teams took part in the All-Ireland hurling and camogie Feile played at venues across Carlow, Wexford and Kilkenny at the weekend.

While three Laois camogie teams competed as Portlaoise, Abbeyleix and Clough-Ballacolla were in action.

Two of the teams reached All-Ireland finals with one emerging as winners.

Here is a run down of each team and how they got on:

The rural Laois club defeated many big clubs along the way to claiming the Division 2 title this afternoon.

They began their campaign on Friday evening where they played two games in Group C.

Their first tie saw them face Offaly side Birr with Rosenallis running out 1-7 to 1-2 winners. They were back in action an hour later when they faced Wexford side St Martins – again winning on a scoreline of 2-6 to 1-4.

Rosenallis were now assured of a passage to the Cup stage of the competition but them guaranteed top spot on Saturday morning, beating another Wexford side, Shelmailers, by 3-5 to 2-3.

The Laois side were now into the quarter final of the competition where they took on Thomastown of Kilkenny who had finished second in Group D.

Rosenallis edged a tense affair by 2-6 to 3-2 to progress to the semi-final which took place this morning.

Bunclody of Wexford stood in their way this time and they were no match for Rosenallis again, as they won by 1-6 to 0-5 to advance to the final.

Here another Kilkenny club were waiting. Young Ireland’s, home to the famous Kilkenny legend DJ Carey, topped Group A and were going to be very difficult opponents.

But Rosenallis emerged victorious by 0-5 to 0-4 and they will head back to Laois later today with All-Ireland medals in their back pockets.

Clonaslee-St Manman’s enjoyed a high succesful group stage of the Feile competition before being eliminated in the knock-outs.

They beat Tullogher and St Annes comfortably while a draw against Clann na Gael put them into the Cup stage of the competition.

They faced Clonea in the quarter final but went down by 1-11 to 2-1 as their journey ended on Saturday.

St Fintan’s Mountrath were one of the Laois teams who were invited to the competition and they almost ended it with an All-Ireland title in their back pockets.

They had an easy win over Emmet Carns in their first group game but defeats to Domin Athlacca and Taghmon meant that Mountrath went into the Shield stage of the competition.

The Laois side defeated Naomh Bríd in the quarter final and then Carrickshock in the semi-final to set up a final clash with Cluain Larach of Offaly.

But in heartbreaking circumstances, the Offaly lads won by a point in the final. 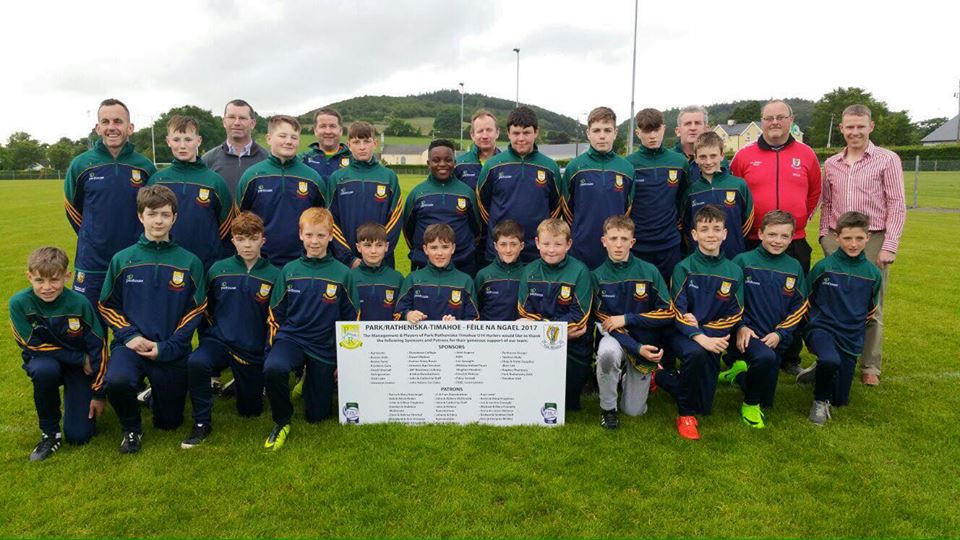 Park-Ratheniska-Timahoe were also invited to compete in this year’s Feile competition and they reached the Division 10 Cup semi-final.

A draw against Ballyhogue in their first game meant they needed to win their remaining two games – and they did.

Wins over Moyne and Bannow-Ballymitty set up a Cup quarter final against St Patrick’s, which they won by 1-5 to 1-0.

However, their journey came on an end on Sunday morning as, despite a terrific second half come back, they went down by 1-4 to 0-3 to Ath Leathan. 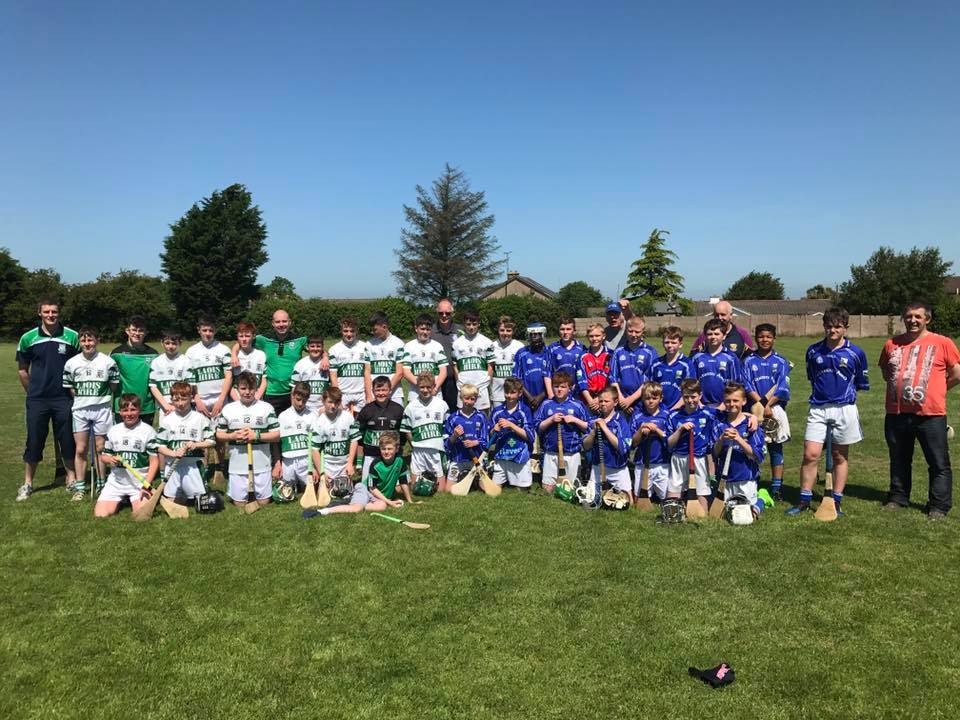 Portlaoise’s U-13 team were the fifth Laois hurling team to take part in the tournament and they competed in Division 11.

They won all three of their group games against Glynn-Barntown, St Fechins and Clonard which set up a cup quarter final tie with Black And Whites.

Portlaoise won that on Saturday evening and progressed to meet St Kevin’s in the semi final on Sunday morning where they went down by 3-11 to 0-2.

The second Portlaoise team to take part in this year’s was their camogie team who competed in Division 3.

Like the boys, they also won all three group games – proving too strong for Oylegate, Clar Atha Dala and Bannow-Ballymitty.

This set up a Cup quarter final tie against Newcestown on Saturday where Portlaoise triumphed by 3-1 to 0-3.

This set up a semi-final with Salthill but the Galway side showed that goals win games as they beat Portlaoise by 3-2 to 0-2.

Abbeyleix were crowned Feile B champions in Laois a few months ago and they also qualified for the Cup stage of Division 5.

The girls suffered a 2-3 to 1-2 defeat to Naomh Moling in their first game but recovered to beat Denn and St James to finish second.

This set up a quarter final tie with Ferns but this was where Abbeyleix’s journey ended as they lost by two points. 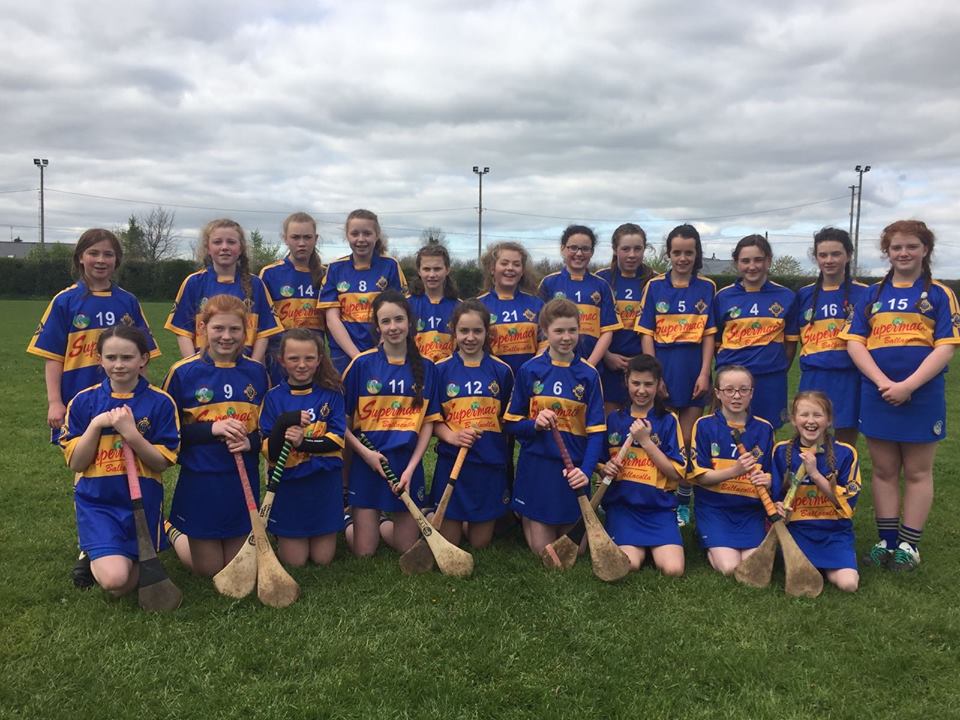 Clough-Ballacolla camogie club only formed last year and this was their first ever Feile after receiving an invite.

The girls lost their first game against Ballygarrett but they won their next two group games versus Ballygarrett and St Annes to reach the Division 7 Cup quarter final.

But sadly this was where Clough-Ballacolla’s journey ended as they went down to Coil Dubh by 3-2 to 0-1 in the end.