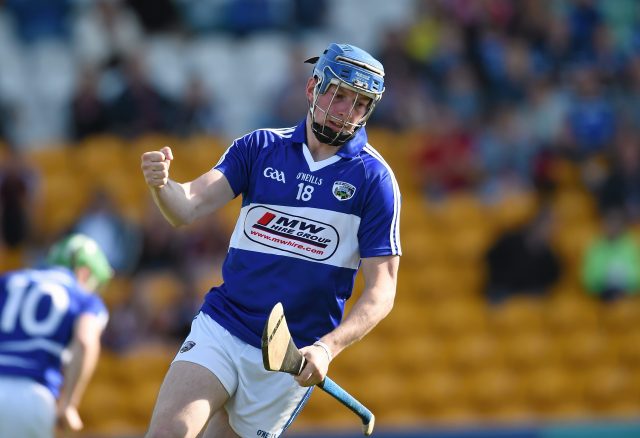 The injury list for the Laois senior hurlers just gets longer by the day.

Stephen ‘Picky’ Maher is the latest injury blow – as it was confirmed on Monday that he has torn his cruciate ligament and will be out of hurling for a number of months.

Maher was carried off midway through the second half of Sunday’s one-point win over Carlow in O’Moore Park but he will miss this Saturday’s clash with Dublin in Parnell Park as well as any further games Laois will play if they win. It also comes as massive setback to his club Clough-Ballacolla as they bid to regain the Laois SHC title. Indeed it’s only the latest injury to hit the club as Willie Dunphy is also ruled out at the moment with a serious thumb injury.

Laois will also be without captain Ross King for the game against Dublin. He was sent off early in the win over Carlow and has been handed a one-match ban.

And with Cha Dwyer also expected to be out with a long-term hamstring injury it means that it will be a very depleted Laois squad that will travel to Dublin on Saturday.